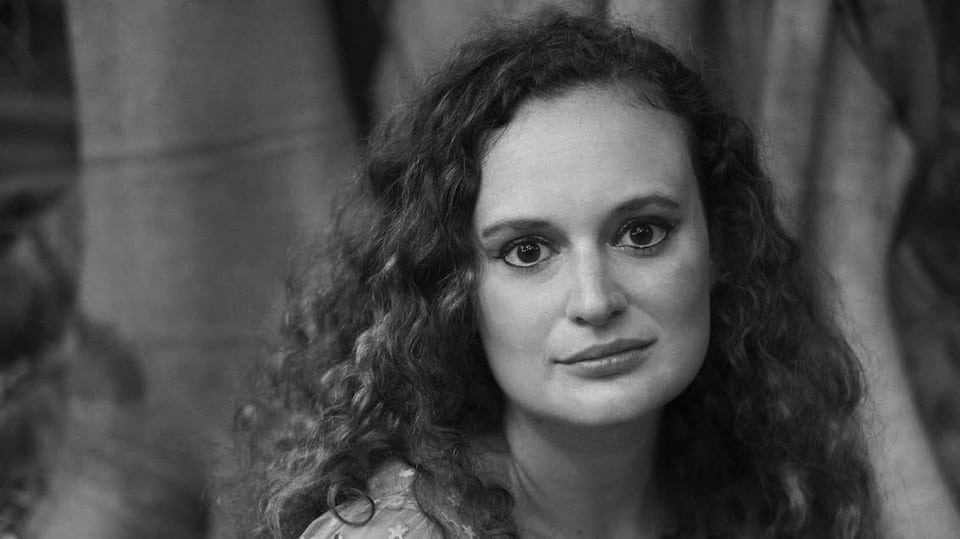 When you make a first record as accomplished as Violet Delancey’s 2016 debut When The Clock Strikes Midnight, you might not feel a need to deviate. But Delancey was feeling restless heading into the making of her sophomore release Columbia Road.  It led her down another musical path. “I really knew that I wanted to go in another direction,” Delancey told CultureSonar in a recent interview. “With the first record, the producer and I had talked about the Hot Band sound [the collective that backed Emmylou Harris on many of her classic albums]. And I felt like it relied really heavily on that reference, which was great for that record. But I think I felt a little inhibited by trying to match that style. I was imagining something that was going to be a little bit less restrictive for the next record. I wanted to master songwriting and the country/roots style really helped me learn a lot about that. But that doesn’t match what I feel creatively in general.”

Delancey’s first task was finding a producer who would be able to translate this desire for musical change into something coherent. Andy LeMaster, whose production, engineering, and performance credits run a wide gamut of artists (most notably as a longtime collaborator with Conor Oberst), got the call.

“I kind of stumbled upon his name online and on Spotify, and it seemed like he was a visionary in some ways, because I think he really works with his artists and sees them and brings out unique things rather than just having his own thing that he puts on top of it,” Delancey says. “Then once he and I started talking, we really got along and I felt like he was one of the only people who understood the various things I said. I think the record is as much his as it is mine in that he really brought it to life, not with a ton of direction from me, but he understood exactly what I wanted. It was really a collaboration and we arrived at things together.”

LeMaster helped Delancey create a sound that is more atmospheric and experimental on this record, the twang replaced with mystery and wonder. It also suited Delancey’s wide-ranging subject matter, which hopped the globe from Savannah to London and even made a stop into a mythic underworld. On Columbia Road, the former mythology student decided that she would lean in to her former studies in her songwriting.

“I felt like when I first started writing music, I was trying to get away from the academic world,” Delancey explains. “And so I was really taken by Dolly Parton and that kind of stuff. But that’s not my background. So I feel like as I kind of got better at the writing, I realized that I was going to be able to merge my different interests. Some of them, like ‘Eurydice,’ I sat down and said, ‘I want to write a song using this myth.’ Because of that, it took a lot longer to write because it wasn’t as organic. In some of the other ones where the myths just kind of appear, I think it was just sitting there in my unconscious and I pulled it out.”

Yet don’t expect any typical Disney endings to these stories, as the princesses stranded in the song “100 Years or More” find out. “A lot of it is my personal processing,” Delancey explains. “What I studied was all based on how the mythic stories are universal and there are structures and narratives that we all see in our own lives and that’s why we tell the stories. But a lot of times that doesn’t literally fit. So I think I’m grappling with how there is the narrative in your real experience, but there’s also not. With that song specifically, I was really feeling sad about the state of the world and the point here is that we’re not paying attention to things that are fundamental and important. A lot of myths with feminine figures are metaphors for that and how we treat the Earth. I feel like we’re a little bit off track as a society and that’s what I was writing about.”

There’s also a near-miss vibe that permeates the songs on Columbia Road, like the way two would-be soul mates miss out on meeting each other on the title track or how a youthful romance goes astray in “Casualties of Time.” Delancey says her own experiences colored the wistful feel of these songs. “Throughout the process of writing and creating the album, I was in a relationship that wasn’t turning out the way I wanted it to. So that kind of came into every song: ‘This isn’t the story. This happy-ever-after isn’t happening really.’ Also, I think it’s a coming-of-age process where I came to Nashville, I was pretty fresh out of college and had a lot of big ideas. And even though I still believe in the dream and things like that, you kind of have to face up with the hard things that you can’t escape as you become an adult. There’s no way to avoid those experiences.”

Columbia Road peaks with the stunning “Eloise,” a kind of modern ghost story where Delancey gives a rich inner life to a character from beyond the grave. “That was a strange combination of events. I was going to Savannah to play a show,” she explains. “And the night that I was driving, I heard that there was a hurricane that was supposed to come the next day. As I was driving, the clouds were descending and the winds were picking up and it was kind of deserted. It felt really haunted already and it felt like something was about to happen. The city, in general, has that vibe. It’s a historic place, but it’s not really in the prime of its life. It feels like a place that was, in some ways.

“So I was musing on that and I went to a historic cemetery. And I noticed that none of the women were mentioned on their own. It was always ‘sister of…’ or ‘wife’ or whatever. It all kind of converged and I tried to imagine who those people were that were kind of erased. The city had this overall feeling of something lost and unexplored that faded.”

Columbia Road stands out for the way it crosses genre boundaries, and that pleases Delancey. “I feel like it’s a little problematic how categorized we have to be as artists. For marketing and stuff like that. There aren’t as many boundaries as we make up. Also, there are genres like Americana that are invented to be more exclusive. I feel like it’s kind of nice to have made something that I think works but isn’t necessarily following a set of rules about a specific genre.”

Next up for Delancey: some touring, more writing, and, in an interesting twist, law school. “I started feeling really passionate about wanting to be more active and fighting for things I believe in,” she says. So if the debut was the country homage, and the second album was the myth-tinged soundscape, could the third be the law school album? Knowing Violet Delancey’s burgeoning talent and unique songwriting point of view, it will likely be a winner.

0 comments on “The Mythical Musings of Violet Delancey”