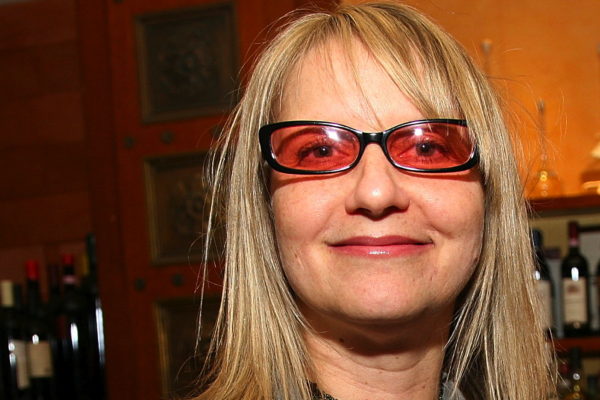 Composer Wendy Blackstone, has scored over 130 movie and TV projects over the past 36 years. Nine of those films have been nominated for Academy Awards including the recent documentaries A Girl in the River (2015) and Crisis Hotline: Veterans Press 1 (2013). (Both won.) For her most recent feature Lost In Florence — which recently screened at New York’s Anthology Film Archives — Blackstone served as producer as well as composer. In the aftermath of that project (which only took 10 years), Blackstone chats about juggling two incredibly demanding jobs and the slow-but-steady rise of women as film composers in Hollywood.

Q: You have dedicated 10 years to launching Lost In Florence. What drew you to this project? Had you worked with the director prior to this film?

A: This was my first project with the director, Evan Oppenheimer. We initially met because he had heard about my strong connection with the city of Florence and thought I would be a good match as composer for the project. I have been returning to Florence almost annually since I was a young musician. Florence has become a second home to me. I had been looking for an opportunity to express my gratitude to Florence and Italy in general, as my experiences there have inspired some of my strongest work as a result of my life experience there. So, I was thrilled that Florence would be the inspiration for the score, plus, I love romance and action. Little did I know I would end up signing on to be a producer as well!

Q: You are both the composer (your “day job”) and producer of Lost in Florence. Why did you decide to take on both of these enormous tasks? Did you have any idea what you were in for?

Honestly, I had no idea of what I was getting into taking on both roles as composer and producer. Composing the film score alone takes an enormous amount of energy. To add to that the role of producer, I imagine shows my open spirit. Also, for the first time after decades of scoring films and watching the complete process of filmmaking, I thought this would allow me an opportunity to apply other things I learned along the way as well as experience the film being made from script writing to distribution. I knew people who I thought could help bridge the way for the film to happen. Also, the fact that I speak a fair amount of Italian might help.

I could tell working with Evan would be a terrific experience. Since I love Florence, I wanted to see the film made: to bring jobs to Florence, to help make a film that showed the extraordinary beauty and rich culture of the city in all its glory. I never imagined it would take so long, but Indies historically take a long time to make. Additionally this was a challenging film to make in that it was shot on location in Florence, included shooting a complicated sport, processions, the best locations in Florence as well as contending with most of the crew speaking another language.

Q: What were you in for? My guess: locations, budgeting, shaping character arcs and participation in script meetings? Care to comment?

A: I’d say I helped with bridging our American team with the Florentines, but I had a chance to weigh in on all the creative decisions primarily thanks to Evan. I helped with the script, with casting, choosing the director of photography and the other key departments, reviewed edits, helped arrange post production – many steps along the way. I enjoyed being on set next to Evan throughout the shoot, worked closely reviewing the edits and helped with the final mix.

Q: Normally, as the composer, how much time would you say spend on scoring a 90-minute film? How much time did you spend scoring Lost in Florence?

A: Since I was so close to the film, I was surprised at the difference I felt initially as I was about to dive in to compose. I knew everything so well! I actually took a break from it to give myself a chance to shift from Producer to this very different role. In all other scores I come fresh to a project, which is great for inspiration, like love at first sight. I also chose to go back to Italy to compose the music, to add that to the inspiration. Finally, although I knew every detail of every shot, I drew upon the people I worked with to make the film for inspiration and my dear relationship with Italy.

In terms of how long I take to score a 90-minute film? In general, I prefer a good eight weeks. That said, in the crazy world of TV, on TV series for example, I’ve had to create music for hour long dramas, 38 min per week of original music, week after week. That’s pretty intense, needless to say. I call that “Olympic training.” There’s a rush in that insane schedule and it’s a wonderful challenge, but I also love having the luxury of time.

Q: The music score is joyful, punchy and driven. In approaching the score, did you have an idea for the overall sound? Did you create specific musical themes for say, the game-fight scenes and/or love scenes and then tie them together with your choice of instrumental ensemble?

A: I felt the romance between Eric and Stefania was key to the film, so I created that theme and those variations first. I wanted to reflect the very romantic world of Italy in that theme. Evan and I discussed the audience of the film as being universal, so I took that as an opportunity to create an eclectic score.

I speak four languages and I like to compose in many styles if it suits the film. It felt right to keep the score fresh in this way. I like to make my own sounds and find a unique vocabulary for each film. This film had some fun original sounds woven into the score. Yet fundamentally, it’s a romantic score with a driving score under the action games.

Q: I’d imagine that if you asked movie buffs to name film composers, the names that might come to mind are John Williams, Danny Elfman and maybe Elmer Bernstein. I doubt they’d come up with Shirley Walker, who was the first female composer to rise in Hollywood… There are quite a few women these days, scoring films, TV shows and video games. In its efforts towards diversity, composer Laura Karpman was elected a Governor of the Academy of Motion Picture Arts and Sciences. You are one of the first women to have succeeded in this highly competitive and male-dominated arena. How have you achieved this?

A: I think it’s the result of many things: hard work, tenacity, passion, and a strong belief that Art makes a difference. Somehow one amazing night as I was studying at the Conservatory of Music at Brooklyn College, I met a few key people that would change my life. I was invited to help on what would be my first film scoring experience on a documentary. Since my passions at a very young age included composing, drawing my dreams and thinking about deep issues, you can imagine how completely taken I would be when I saw there was an art form that would combine all my passions. So I dove in. I did everything I could to see where I might find another opportunity. I just kept listening, learning and working hard. It felt natural. When you have a strong love of something you do not think about limitations. You keep moving forward in every way possible.

By the time I went to LA I had already scored a good number of films. At that time there were very few women composing for films. And perhaps because my work had its own voice, I was signed as the first woman film composer for CAA. How did that happen? I had already knocked on numerous doors to get people to allow me to try my hand. They were impressed that I had done so much on my own and hopefully it was also the music that I brought in. They thought it unique.

Q: Last August, your finale for Loved Walked In (Columbia Tri Star feature) was performed by a 55-piece orchestra in an historical Grand Performances concert celebrating women film composers. Do you think that concert represents a game changer for women composers? Did it attract Hollywood’s attention?

A: It was and still is one of the most important days/events of my life. After all these years, to see myself among the nineteen other women composers celebrated was so powerful emotionally. I have felt alone many times and that is challenging. To see this and meet and listen to the music of all these talented women composers still moves me deeply. Yes, that night, I knew things had shifted. I see now more and more articles about women composers. It is amazing and shows that we as people can progress, something I’ve always believed in but love to experience even more.

As a result of that evening, I believe studios are trying make more concerted efforts to hire more women and more people of color as well. This is clearly positive not only for women, but for us all as it shows a development of consciousness.

Lost In Florence is currently available on iTunes.

PS. CultureSonar has also interviewed video game composer Sean Beeson. Need a list of the best Oscar-winning songs? We’ve got that too.