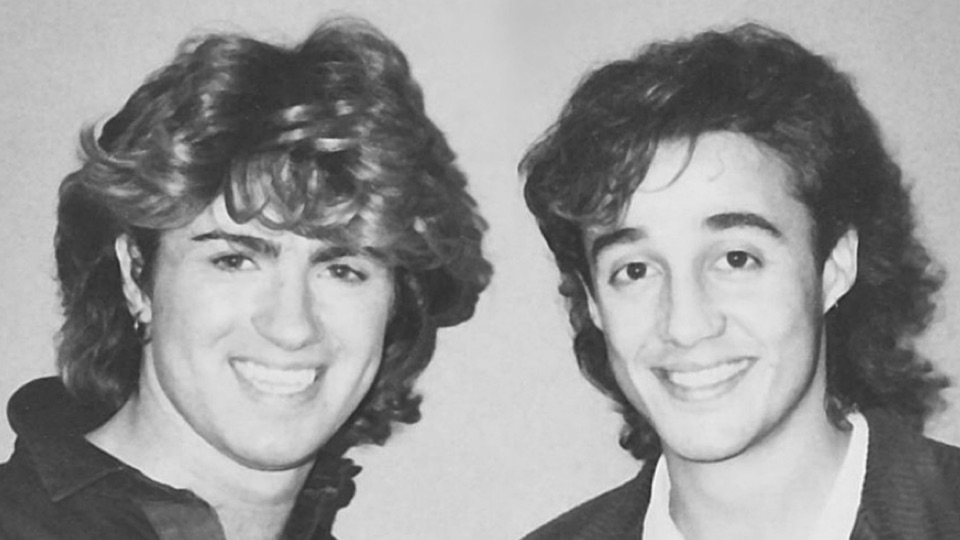 From 1982 to 1986, there may have been no pop sensation more successful than Wham!. In their heyday, the group sold more than 30 million albums worldwide and penned 1980s staples like “Careless Whisper” and “Wake Me Up Before You Go-Go.”  Their visit to China in 1985 did more to open that country to Western music than most anything in the previous 50 years. The group’s frontmen were George Michael and Andrew Ridgeley, two childhood friends that first formed a band called the Executive and then moved on to partner in Wham!. One of their earliest songs was called (cringe!) “Wham Rap (Enjoy What You Do).”  Nonetheless, the two friends survived that, and ultimately released a series of chart-topping albums. They became the only British act to have three #1 singles on both the UK and U.S. charts.  Then in 1986, at what appeared to be the top of their pop game, the duo abruptly called it quits to (separately) pursue more adult-oriented music. George Michael went on to have a hugely successful music career until his sudden death on December 25, 2016. But what the heck happened to Andrew?

Andrew befriended George Michael when they attended the same school in their hometown of Bushey, Hertfordshire.  Together they began songwriting as teenagers, which resulted in their first releases being songs that George and Andrew penned together. They first pitched their music using a homemade cassette recording which Ridgeley threw together in ten minutes. Eventually, they signed a contract with CBS records that also stipulated they each would release a solo album as well.  As Wham! whammed along, Andrew eventually conceded that George had the better songwriting, musical and vocal talent and took on a backup role in the band.

Once the duo divorced, Ridgeley became the anti-George-Michael, stepping out of the spotlight, moving to Morocco, and pursuing Formula Three racing.  His interest had been piqued in the sport in 1985 when he raced in UK’s Renault 5 series.  Andrew signed on with David Price racing and took a turn (literally, apparently) in eight races that each had him crash out.

When racing didn’t pan out, he moved to Los Angeles and made a modest attempt at becoming an actor (I literally could not find a single thing he acted in). Then he turned his back on acting and permanently moved back to England. Around this same time, Andrew and his girlfriend, Keren Woodward (from Bananarama) moved into a medieval cottage in Wadebridge, Cornwall where they still live. Despite separating for a few years in 2017, they remain together.

While all of this was going on, CBS records reminded him of his contractual obligation to produce a solo album. The result was the release of Son of Albert (1990). The first single, “Shake” reached #81 in Australia.

The song and entire album were — to put it mildly — not well received. This was likely due to the expectation that the music would be similar to Wham!’s or perhaps to what George Michael was releasing at the time (“Freedom ’90”). He released a second single “Red Dress”, which didn’t break the top 100 in that country either. You can find both songs on YouTube and honestly, they’re not terrible if you compare it to what Poison and Ratt were releasing at the time – not quite as talented but in the same style.

These are guitar-driven songs (especially “Red Dress”) and not the pop sort of fare the label was looking for. This, combined with the dismal reviews caused a cancellation of any follow-up solo effort from Ridgeley.

In the early 1990s, Ridgeley and a friend took up surfing and in doing so contracted a serious illness related to sewage that was being pumped into the area water. This turned his attention to environmental concerns, which has been his passion ever since. He started a group called Surfers Against Sewage (SAS), which is a very specific cause.  He also funds a company that makes surfing goods.  In 2018, he took part in a challenging 18 day, 1,100-mile cycling event across the French and Swiss Alps and raised $1.4 million for charity. His acting career resurfaced for a very brief moment when he appeared as a cameo in the movie Last Christmas (2019) that, yes, featured that song.

Now in his late 50s, Ridgeley still receives significant royalties given that George Michael generously gave him co-writing credits on “Careless Whisper” (even though Michael pretty much wrote it by himself). Reportedly, he has a net worth of $30M. In October 2019 he wrote an autobiography called Wham! George Michael and Me. In 2018, English indie rock group Black Box Recorder released a single “Andrew Ridgeley” on their album Life is Unfair, mocking fame by focusing on the less successful member of Wham! and suggesting that it was Andrew Ridgeley that should have received the notoriety.

2 comments on “Whatever Happened To…Andrew Ridgeley of Wham?”