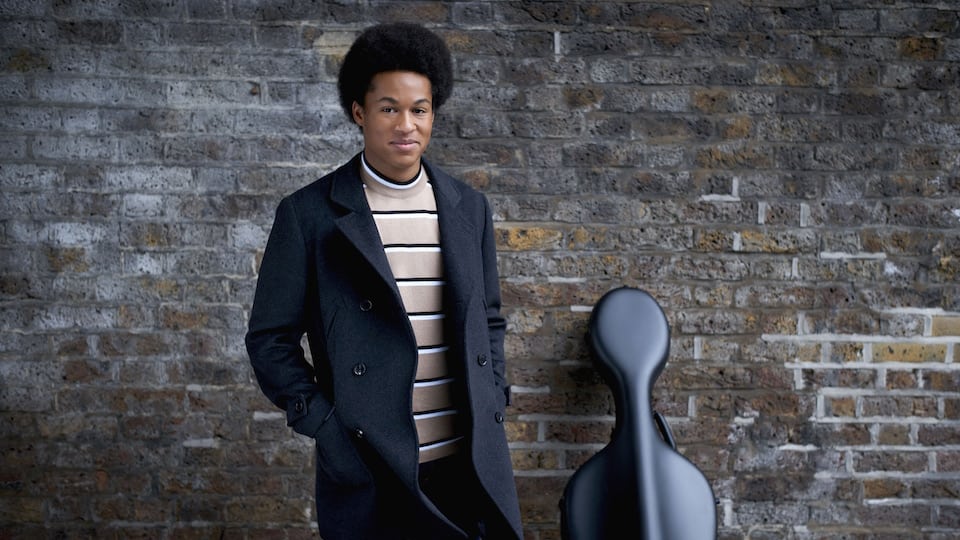 While classical music still gets a bad rep for being elitist, nothing could be farther from the truth about its best performers. While these rock stars of both old and new might not be known for drunken shenanigans and smashed-up hotel rooms, their virtuosity combined with their dedication to craft has led to tickets for their concerts often selling out as fast as any for Springsteen or Beyoncé. These are the artists you should be scanning Ticketmaster for. Another reason to love them? These superstars give back — promoting and encouraging the next generation of musicians through music education, mentorship and more.

Honored by the Kennedy Center in 2016, Martha Argerich’s commanding technique and prodigious musicality have earned her the status of living legend at the age of 77. You only have to look at her recent performances to know that this rock star is still at the top of her game, complete with all the quirks: Classical music’s answer to Greta Garbo, Argerich is also extremely reclusive, rarely granting interviews and notorious for canceling performances at the last minute. Because of her brilliance, concert halls are willing to take that risk. Aversion to the press aside, she does promote up-and-coming pianists by jurying several competitions as well as through her own annual festival.

In contrast to the cloistered Argerich, the extroverted Lang Lang was dubbed the “J.Lo of Piano” when he first burst onto the scene in 1999. Known for his exuberant style combined with passionate sensitivity, he has never failed to draw in a more youthful crowd for an art form known for its gray-haired attendees. While some critics disparage his showmanship, his enthusiastic fans thoroughly disagree, fans that include Metallica, Pharrell Williams, and Herbie Hancock, all artists with whom Lang Lang has performed. Like his rocker collaborators, Lang Lang isn’t afraid of a great publicity stunt and recently gave an impromptu performance in New York’s Grand Central Station.

If there were a Godfather of the modern cello, he would be virtuoso Yo-Yo Ma. Like B. B. King before him, his favorite instrument has a nickname (“Petunia”) and at the age of 62, he shows no signs of slowing down. With 90 albums and 18 Grammys, he popularized the cello on Sesame Street: Who can forget his gig with the Honkers, his duet with Elmo, and his jam session with Hoots? That said, it’s his collaborations with folk, hip-hop, and traditional Chinese musicians that have truly expanded the reach of classical music to a more diverse audience.

A rising star from Nottingham, Kanneh-Mason won the BBC Young Musician title in 2016 with his show-stopping interpretation of Shostakovich’s First Cello Concerto, and he’s been steadily on the rise ever since. He certainly caught the attention of Prince Harry and Megan Markle, who invited the prodigy to play at their wedding. Not bad for a teenager! (He’s still only 19.)

Contracting polio at the age of four didn’t stop Itzhak Perlman from becoming one of the world’s best violinists. With his fusion of command and charisma, Perlman won over America on the Ed Sullivan Show in 1958 then returned to costar in a later episode with then up-and-coming The Rolling Stones. At the age of 72, he’s still going strong — performing, teaching, conducting — even as he focuses on youth via his organization the Perlman Music Program which has created a network of friends and colleagues for string musicians from 11 to 18.

Like Perlman, this virtuoso also started young. A native of Scotland, Nicola Benedetti became the leader of the National Children’s Orchestra of Great Britain at the tender age of eight then at 16 won the BBC Young Musician of the Year award. Known as a risk-taker, she’s also not afraid of suffering for her art. The 301-year-old Stradivarius that Benedetti plays has left her with scars and bruises on her neck. Yet despite the complaints of photographers who feel it mars her physical beauty, she proudly refuses to cover up for pictures and insists that they are a testament to her dedication to the music. Rock. STAR.

Nicknamed “The Man with the Golden Flute,” the iconic James Galway is still touring the world at 78. His solo career is so well-known at this point that some forget that Galway also played as a member of orchestras in the 1960s such as the London Symphony and Berlin Philharmonic before striking out on his own. Since then, his recordings have sold over 30 million copies. A master of classical and contemporary flute repertoire, this superstar is still very much a flautist of the people: upcoming concerts include a high school in Texas and a community college in Oklahoma.

Her articulation, precision, and robust tone have catapulted 33-year-old Jasmine Choi to the top 10 flutists in the world. She’s breaking other barriers too: Choi was first Korean musician to join the Vienna Symphony in the orchestra’s 114-year history, then after being voted out of that mostly-male institution embarked on a successful career which has taken her around the globe. Her unflappable mastery of complicated passages in the flute repertoire has inspired composers to write her concertos. Always seeking new challenges, she’s also transcribed some of the most difficult violin solos for the flute. In a world where the modus operandi is to put your head down and do the work, Choi is frank and honest about her career challenges, and warmly engages her fans on social media platforms such as Instagram. Follow her already.

Photo: Cellist Sheku Kanneh-Mason, who performed at the wedding of Prince Harry and Meghan Markle. (Photo by Lars Borges/Kensington Palace via Getty Images)

0 comments on “Who Are the Rock Stars of Classical Music?”