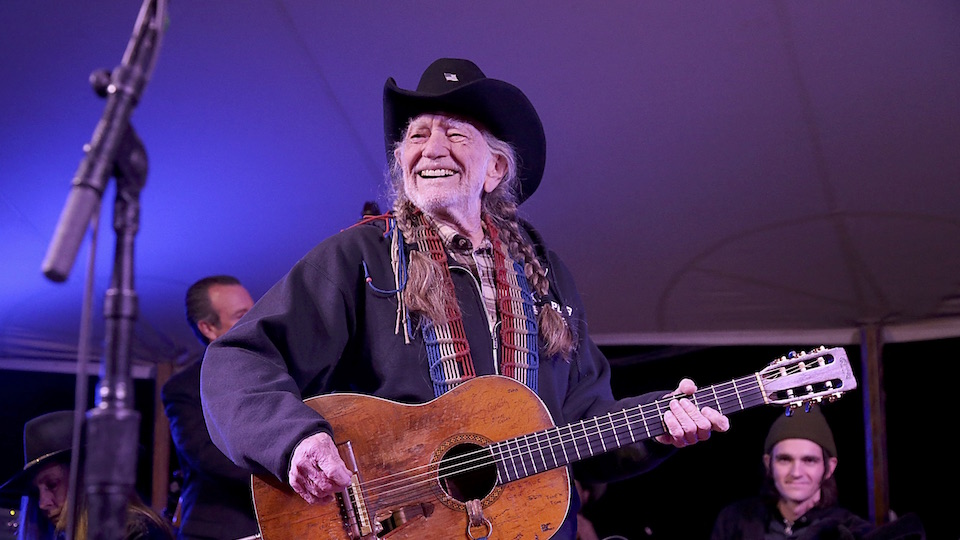 From the time he picked up a guitar at six years old, Willie Nelson has been writing songs. And over 80 years later, he has no intention of putting that guitar down. In fact, he’s still on tour, bringing his new songs and old ones to the fans. How does he do it? There’s one simple reason: Nelson just loves to create music. And the reason he continues to hit the road again and again just might lie in his roots.

Born during the Great Depression, Willie was no stranger to hard work. And since he was lucky enough to have musical parents, they encouraged him and his sister to play at an early age.  He wrote his first song at age 7; in high school, he went on tour for the first time with a local polka band. It was his first taste of being a traveling musician.

Related: “Where Were You When You First Heard ‘We Are The World”?

But soon after, he found himself on hard times. Willie was pulled away from music for nearly a decade. He returned to it in the late 50s, heading to Nashville where he wrote popular hits like “Night Life,” “Crazy,” and “Hello Walls.” He spent the next decade in Music City, but it turned out that he couldn’t stay and still be true to his art. Nashville had a certain type of “country” in mind and wanted to alter Willie’s music to fit that mold. So he left it behind, moving back to Texas in 1972.

In 1973, he released Shotgun Willie, showing off his personal “Willie style.” For the next five years, he released a yearly album. His long hair, acoustic guitar, and distinctive voice soon made him a household name.

In 1975, “Blue Eyes Crying in the Rain” rose to Number 1 on the Country charts and he took home his first of 16 Grammys.  His most recent Grammy nomination was in 2019, at 86 years old, for Best Country Solo Performance on the song “Ride Me Back Home.”

Nelson released Ride Me Back Home (his 69th album), while on tour for his 2018 My Way album. Ride Me Back Home is a combination of new originals, covers, and remakes. And although he had to cancel some tour dates in August 2019 for breathing issues, he was back in September to continue on with fellow country singer, Alison Krauss.

But he doesn’t just tour. In December 2019, Willie, his sons Lukas and Micah, Dhani Harrison, Jakob Dylan, and Amos Lee worked together on a tribute cover for the late Tom Petty.

Nelson has tour dates lined up through 2020 to promote Ride Me Back Home. Besides Krauss, on this tour, Nelson will be joined by artists including The Avett Brother, Bonnie Raitt, Jamey Johnson, Yola, Chris Stapleton, and Sheryl Crow.

The Redheaded Stranger has plans to stay on tour into 2021. ‘Cause being on the road again is where this music legend is happiest.

2 comments on “Willie Nelson: Still On The Road Again…and Again…”