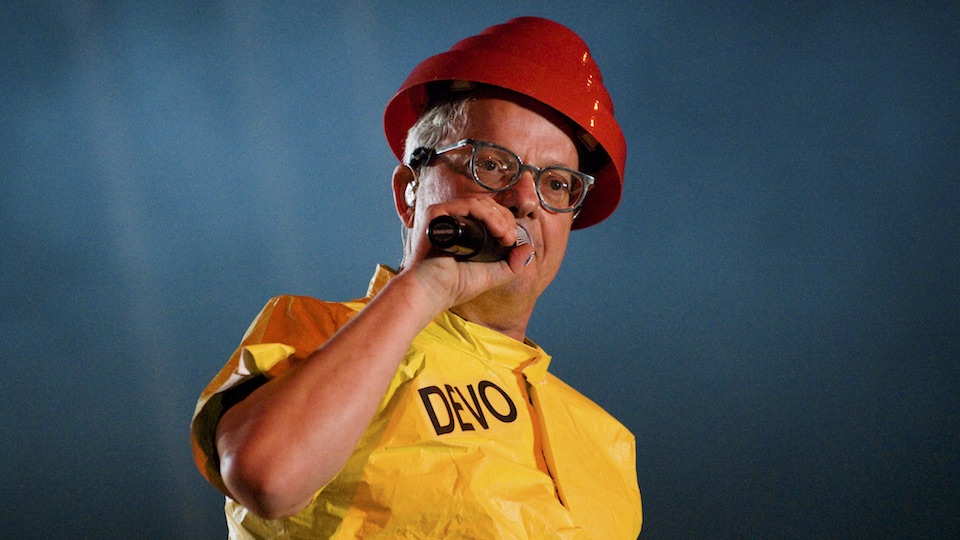 Nobody would ever accuse them of being Sinatra. They don’t possess the full-throated vocals of Daltrey, the rich sound of Bowie, the growl of Springsteen, the soaring falsetto of Jon Anderson, or the flow of Mercury. If they were jazz singers, they would be fired on the spot….and that is why they are exclusively unique to Rock and Roll. They are the “quirky vocalists.”

They deliver an off-center sound, and that’s the main idea. Often singing in higher registers, sometimes nasal, almost a hiccup, tinny-sounding, with clipped diction – it’s like a swallow going down the wrong pipe. What the quirky singer lacks in emotion, they gain in character and identity. In most cases, they’re instantly recognizable. Although their bravura goes as far back as the 1950s, there was a time when this sound was in abundance as part of the New Wave years of 1977-1982. Rarely heard in modern times (where everyone is required to sound like a contestant for one of those singing talent shows) the “quirky vocalist” has an expansive character that Rock & Roll can best embrace.

Here are my picks for the 10 quirky vocalists of all time:

Adam and the Ants were continuously accused of being a comic pantomime of a band while trying to say something serious. Some of the confusion came from Adam’s clipped and jumpy vocals style first heard in their 1980 single “Antmusic.”

As the band found their footing, Adam broadened his approach enough to achieve a #1 hit on the UK charts with “Stand and Deliver” in 1981. By the time he disbanded the Ants in 1982, his first solo album proved he had full vocal dexterity with his first international hit, “Goody Two-Shoes.”

An ex go-go dancer from Hull, UK, Lene Lovich recorded a cover version of “I Think We’re Alone Now,” the 1969 Tommy James and the Shondells hit. In 1978, the B-side of that single “Lucky Number” got far more attention and struck #3 in the UK charts. Lovich’s eccentric vocal scat-noise: ‘Ut-oh, Ut-oh” sang before each instrumental section of “Lucky Number,” established a staple for the New Wave style of singing. Others would soon follow. To make money between gigs, Lovich would record screams used in UK horror films.

Devo had so many messages. Here was a band that covered sci-fi, tech, kitschy humor, religion, and more which eventually morphed into serious social commentary. Delivering those many themes through vocal performance was the particular genius of Mark Mothersbaugh. His mechanical delivery matched the robotic performance movements of the band and that helped listeners to remember that they were just having fun with us! While covering the Rolling Stones’ “Satisfaction” for their first album (Q: Are We Not Men, A: We Are Devo) Mothersbaugh repeats the line “Baby, baby, baby” for so long, one would think the record had gotten stuck.

As a member of the late 70’s angry-young-Englishman club (along with Graham Parker and Elvis Costello), Jackson was the one with the mousey voice and plucky piano. But is there any vocalist who sounds as lonely as Joe Jackson does when signing “It’s Different for Girls”? His nasal vocal style did not hold him back from expanding to other musical genres in his later years. Jackson did his best vocal work as a semi-punk rocker with a 4-piece band while wearing striped suits and writing classic hits like “Is She Really Going Out with Him?”

Coming out of the Athens, Georgia music scene, Pierson was one of three band vocalists, but delivered stand-out style. The band’s name came from her and fellow vocalist Cindy Wilson’s penchant for 50’s beehive hairdos. Legend has it that her high-pitched, quivering vocals got the attention of John Lennon. It’s been reported that upon hearing Kate’s vocals on the band’s first single “Rock Lobster,” Lennon quipped; “Can you believe it? They’re doing Yoko! Mother will love it. She’s always complaining that nobody takes her seriously as a rock singer.” Pierson would later help her Athens friends, R.E.M, with a set of memorable answering vocals for their second successful single of 1992, “Shiny Happy People.”

Sounding like a man permanently singing through a megaphone, Joe Wash’s whiny vocals have made him a legendary singer, but he’ll always be remembered for his renowned guitar work. And that’s the point of Joe Walsh: could his songs be as funny and insightful as they are without that voice? He always sounded like the (Montclair) New Jersey kid he was, sitting in the back of the class cracking on the others to prove why high school was a corrupt institute. But don’t be fooled: when he wanted his voice to be tender (as in “Tomorrow,” from 1978’s But Seriously, Folks), he could emote with the best of them. Later, that voice would blend superbly for two albums with the Eagles.

Herky-jerky, swallowing his words, Ric Ocasek was “the other voice” in the Cars lineup. His bandmate Ben Orr had the smooth croon – but Ric delivered the hippy-hippy shakes. He used it well, often knowing when to let Ben ride the right song. His best vocal day may have been on the fun and shouting side, as witnessed from their 1979 Candy O album when he gargles the line, “Don’t tell me what to do, Shoo Be Doo!”.  While you’re at it, take another listen to the pregnant pause in the middle of their 1984 hit “You Might Think”: “You kept it (pause) going.”  This is classic, quirky Ocasek.

Neil Young has said he never fit in anywhere he went in life. Not school, not with friends, not in music. So, he went his own way, and we all have gained from that journey. He was not blessed with the most dynamic voice; at times it sounds choked, thin, quivering, and whiney. Listen to his lamenting of lost youth on “Sugar Mountain” and we hear a man who has fought at every stage of his life. Contracting childhood polio, he has had epileptic seizures while on stage and continues to struggle with cerebral palsy (as does his son Ben). Known to be a decent man, Neil will not let his ailments get the best of him; he humorously uses the alias Bernard Shakey when traveling undercover.

A man of all seasons, David Byrne’s art catapulted the Talking Heads to international fame. But what an alternative rock star he was (and still is). Not blessed with sexy pop looks or a dynamic presence, Byrne made up for it with intellectual messages,  eccentric moves, and big-suit stage costumes. He could not get around that limited voice, so he made it work by going even more quirky, and consciously avoided trying to sound like a classic rock star. This is clearly evident by his “I-YI YI” cries during the chorus of “Psycho Killer,” by making it sound as wacky as a “psycho” could be.

Since the 1950s, many have imitated this master of the hiccup, with his nasal “a-ha” to support his country twang (as in “Peggy Sue”). Buddy Holly had an original style that Brian Ferry, Robert Gordon, and even Robert Plant would pick-up and carry into new dimensions. It’s easy to fantasize where the Lubbock, Texan’s music would have gone if not for his untimely death in February 1959.

Some twenty-one years later, producer Jack Douglas noted that John Lennon would channel Holly’s style during their last studio sessions. “It’s especially evident [the mimicking of Holly’s style] when he sings, ‘We-e-e-ell, even after all these years,” as heard in the intro of his pop tune “Dear Yoko.”

9 comments on “10 Of The Quirkiest Rock Singers”