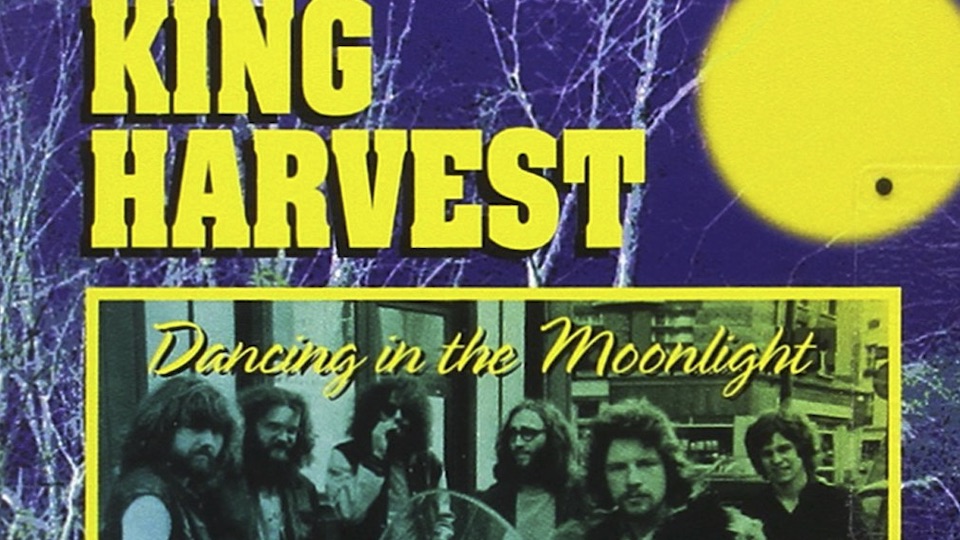 One of the most enduring “feel good” tunes of the 1970s is King Harvest’s “Dancing In The Moonlight.” In 1972, the song rose to number thirteen on the charts and has remained a favorite of 1970s pop fans ever since. The breezy, keyboard-centric hit was written by Sherman Kelly, a Cornell University graduate who played in several bands in the US and the Caribbean during the mid to late 1960s. Ironically, he wrote the song after a traumatic experience that he suffered during a visit to the island of St. Croix in 1969. Kelly and his girlfriend were brutally attacked by a gang while they were on the beach and ended up in the hospital. They survived the incident, but Kelly had a long recovery period, during which he began working on some new music, including “Dancing In The Moonlight,” a song he felt was representative of the kind of positive vibe and sense of brotherhood he really wanted to see in the world.

The song was first recorded by Boffolongo, a New York-based group that featured Kelly on keyboards and vocals, Larry Hoppen on guitar and vocals, and Kelly’s brother Wells on drums. “Dancing In The Moonlight,” with lead vocals by Sherman, was included on the group’s 1970 album, Beyond Your Head. The song received some regional airplay but didn’t find its way onto the national charts. Beyond Your Head turned out to be Boffolongo’s swan song, and the group broke up in 1971. Larry Hoppen and Wells Kelly would go on to become founding members of Orleans, a band that had several hits during the 1970s, including “Still The One.” Before becoming part of that group, Wells Kelly joined up with King Harvest, a band comprised of American musicians, originally from the New York area, who had emigrated to Paris and were recording and performing there.

King Harvest’s original lineup included Eddie Tuleja on guitar, Rod Novak on bass and saxophone, Ron Altbach on keyboards, and Dave “Doc” Robinson on vocals and keyboards. Robinson, who had also been a member of Boffolongo, took over lead vocal duties on “Dancing In The Moonlight,” when King Harvest decided to record the song. Their version of the tune became a major success, hitting the upper reaches of the charts in both the US and Canada. An album of the same name followed, and the band invited Sherman Kelly out on the road with them when they toured in support of the record. None of the band’s follow-up releases matched the chart heights of “Dancing In The Moonlight,” and the group later disbanded. Several members of King Harvest toured with The Beach Boys during the mid to late 1970s and also appeared on solo albums by Dennis Wilson and Mike Love.

The band reformed and reunited several times throughout the years. Sadly, Wells Kelly died in 1984 and “Doc” Robinson passed away in 2012. Sherman Kelly issued Burnin’ The Candle, an album featuring songs he worked on with Wells, in 2008. The surviving members of King Harvest released a new disc, Old Friends, in 2015.

“Dancing In The Moonlight” became a hit all over again in the year 2000 when the band Toploader released their cover of the tune, which has also been re-interpreted by Liza Minnelli, Johnny Rivers, My Morning Jacket, Yonder Mountain String Band, and Orleans.

The song has been featured in numerous films and television shows, including The Blacklist, Better Caul Saul, and The Umbrella Academy. It’s good to see that Sherman Kelly’s paean to a better world has remained in the public eye for decades since its original release, and its positive groove shows no signs of fading away.

4 comments on “The One-Hit Wonder File: “Dancing In the Moonlight””