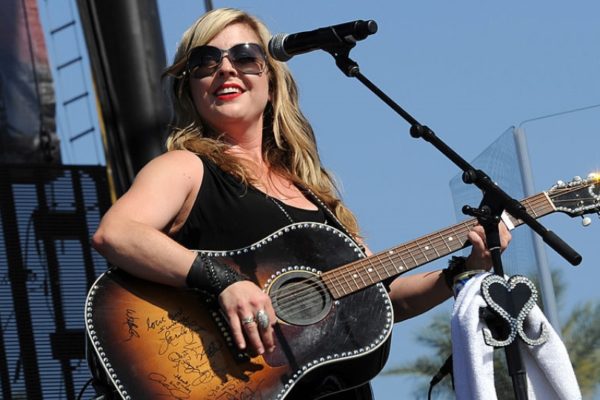 You know it’s been a good year for music when it’s only halfway done and it’s already seen the release of a tall stack of impressive albums. You’ll undoubtedly be hearing about plenty of them from a multitude of sources, but here’s a batch of the best from 2017’s first half that may have flown under some folks’ radar. Why wait to shine a light on them? Underlining their importance right now means you’ll have about six months more time to spend with the new R&B, folk, power pop, country, and more that’s risen to the top of our critical crop so far this year.

Amy Black’s Memphis
Amy Black’s background lies mostly in country and Americana, but what is classic soul if not a part of the American roots music tapestry? Over the last couple of years, Black’s been delving into a vintage R&B vibe, first by cutting an album in Muscle Shoals, and now by recording in Memphis with contributions from keyboardist Charles Hodges, his bass-playing brother Leroy who played on Al Green’s ’70s classics, and guitarist Bobby Manuel, renowned for his ’60s Stax sessions. The old-school vibe suits Black right down to the ground.

Colter Wall’s Colter Wall
This Canadian country-folk troubadour is only in his early 20s, but his leathery, lived-in baritone makes him sound at least twice that age. And his stripped-down, acoustic-oriented sound provides the perfect stark framework for songs steeped in musical tradition but graced by an utterly idiosyncratic sensibility, making for a sound that feels both familiar and mysterious at the same time.

David Olney’s Don’t Try to Fight It
David Olney has quietly been cementing a reputation as one of America’s finest songwriters since the ’80s, with the likes of Emmylou Harris and Linda Ronstadt occasionally giving his tunes a higher profile with their cover versions. On his latest outing, Olney remains a powerhouse, burning down the house with a fervid rocker one moment and charming the birds from the trees with a tender ballad the next.

Jake Xerxes Fussell’s What in the Natural World
This North Carolina-based troubadour has a sound as uncommon as his name. A sonic spelunker, he digs deep into the roots of American music, snatching nuggets of history in the form of esoteric folk and blues tunes, and he breathes new life into them, paying homage to tradition while undeniably adding his own ingratiating spin.

R. Stevie Moore & Jason Falkner’s Make It Be
R. Stevie Moore is the original lo-fi DIY alt-pop genius, with a rich, eccentric discography going all the way back to the ’70s. Jason Falkner is a power-pop cult hero beloved for his work with Jellyfish, The Grays, and on his own. Together this unlikely alliance strikes the perfect balance between the offbeat and the infectious.

Sunny Sweeney’s Trophy
Sunny Sweeney emerged about a decade ago as a roots-conscious, Bakersfield-loving country gal packing a powerful punch. A few years later, the adoption of a more commercial sound earned her a brief brush with fame. Today she may not be the toast of the mainstream but she’s right where she belongs, making country music with some serious bite.

[amazon template=right aligned image&asin=B01N5P6ZYO]Thundercat’s Drunk
Considering the hazy, dreamlike quality of much of this album, maybe Stoned would have been a better title. Thundercat a.k.a. Stephen Bruner concocts a quirky blend of Quiet Storm R&B, ’70s-style pop (Michael McDonald and Kenny Loggins both make guest appearances), and jazz fusion, making for a dizzying but rewarding sonic stew.

Various Artists’ Thank You, Friends: Big Star’s Third Live…and More
What do you get when you bring together members of R.E.M., The Posies, Wilco, Yo La Tengo, and more (including last surviving Big Star member Jody Stephens) to perform a live tribute to Big Star’s eccentric power-pop masterpiece Third? As this CD/DVD package attests, you get a vivid and vital continuation of a legacy that goes back more than four decades.

Ward White’s As Consolation
Ward White just about singlehandedly brings back the great, creepy ’70s-style art rock of Lou Reed’s Berlin, Bowie’s Station To Station, Sparks, Scott Walker, etc. here. Imagine a blend of Reed’s lacerating lyricism, Bowie’s melodic adventurousness, Sparks’ stratospheric vocals, and Walker’s stylish iconoclasm, and you’re on the right track. This is White’s 10th album, but the first since the longtime New Yorker (also regionally renowned as a singer for NYC cult-hero collective Loser’s Lounge) relocated to L.A. But the move clearly hasn’t mellowed him a bit. If anything, it’s probably made him more of a fish out of water, which only feeds his off-kilter artistry on As Consolation.