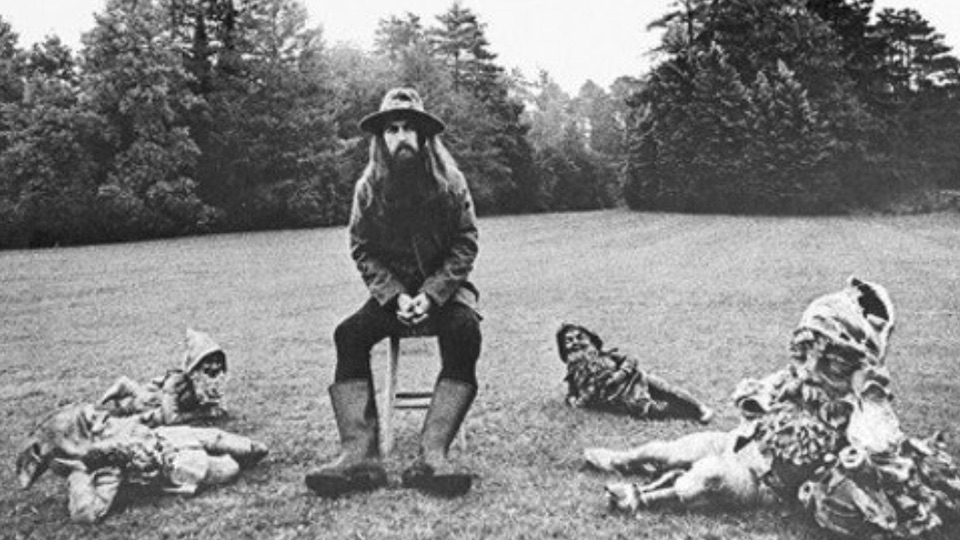 As is well-known, before the Beatles broke up, George Harrison had submitted material that was frequently passed on by John Lennon and Paul McCartney. John once quipped, “George has got songs he’s been trying to get on our records since 1920.”  But in the band’s later years, the amount and quality of material Harrison was churning out had increased significantly. Certainly, the acceptance of “Here Comes the Sun” and “Something” helped diffuse some of the tension, but it also frustrated Harrison because he had so much more that he wanted to be heard.  And so George continued to pen his music, record demos, work with artists outside of the Beatles – and wait.

Related: “George Harrison’s ‘All Things Must Pass’ At 50”

When the supergroup finally called it quits in April 1970, Harrison became the second Beatle (after McCartney) to release a solo project. And what an album it was: a triple album full of great material. It included such now-classics as “What is Life”, “My Sweet Lord”, “Isn’t it a Pity” and of course “All Things Must Pass.”  George and Paul became the first post-Beatles to each reach #1 on the Billboard charts.

The success of All Things Must Pass has caused it to be re-released regularly in the 50 years since its original appearance. It was re-mastered in 2001 to celebrate its 30th anniversary, just before Harrison’s passing. Knowing he would not be around for its completion, George left specific instructions for his son Dhani on how to handle the remastering, providing a song-by-song list of adjustments. In addition to the original content, that particular reissue featured several unreleased songs including “I Live for You” and “Let it Down,” and a re-recording of his most famous work renamed “My Sweet Lord (2000).”  The album peaked at #6.  When it was subsequently released by Apple Music for streaming, it sailed back up to #3.

Then in 2010, it was released again for its 40th anniversary. In this case, the format was the original EMI recording: three vinyl EPs in a limited-edition boxed set. And in 2014, the material was remastered yet again and released as part of George Harrison’s box set The Apple Years 1968-1975, which included some of the additional material added as part of the 2001 release.

Here we are now, 50 years after it was originally released. With that landmark, an even larger exposition is just out, with both remastered tracks and very cool additional content plus all-new supporting materials. This time it’s available in seven different formats, from the basic album to the Uber Deluxe Box Set version, which includes upwards of 70 tracks/outtakes/jams/demos (most of which have never been released). There’s a unique 96-page scrapbook, archival notes about each song assembled by Olivia Harrison, a 44-page book that details inside stories on how the original 1970 album was created, a bookmark made from a tree from George’s garden at Friar Park, Rudraksha beads, a limited edition illustration by Klaus Voorman, and (of course) 1/6 scale replicas of the gnomes that appear on the album cover artwork.  That is definitely “uber.”

With this latest release, you may choose between a new stereo mix, a surround-sound mix, and even a Dolby Atmos mix – each is available in one of the seven packages.  The available media format also runs the gamut with a vinyl version (of course), compact disk, and/or Blu-ray.  Wondering how much the “uber version” (8LP+5CD+blu-ray and memorabilia) will set you back?  About 1,000 clams ($998).

Given the continued success of the album (it’s six-times-platinum!), what does this tell us about the “quietest Beatle?”  First, there’s no question he’d developed great songwriting talent. He had so much material stashed away that he could have likely released even more. And while technically it wasn’t his first solo album (it was his third), it was the first that wasn’t a soundtrack or some experimental music.  Instead, mostly this was content that he felt was good enough to have been part of any Beatles release and that he was dying for people to hear. The timing of the release of All Things Must Pass couldn’t have been more fortuitous as the  Abbey Road contributions of “Something” and “Here Comes the Sun” had acted as a springboard for interest in his solo work.  And while there may be more material from George Harrison that we have not heard yet, this latest release certainly includes enough material to please any quiet-Beatle follower – especially if you choose the “uber” version.

3 comments on ““All Things Must Pass”: A Super-Special 50th Edition”