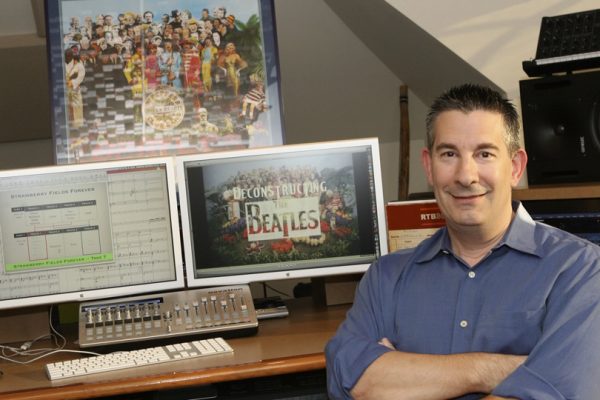 We’re beyond delighted to partner with our longtime pal, and frequent CultureSonar contributor, Scott Freiman, to bring his hugely-popular Beatle lectures to a theatre near you. After nearly seven years of delivering his TED-Talk-style presentations to audiences across North America, Scott will be shooting four Beatles “deconstructions” for exhibition, later this year, at cinemas nationwide. Scott’s presentations are the next best thing to being the studio with The Beatles. Fans of every type — from full-on geeks to casual listeners — will see the Beatles masterful songwriting, musicianship and creativity in a new light. We’d like to invite our NY-area friends to join us for one (or more) of the lectures being filmed. Each will be a multi-camera shoot, and the audience will be part of it. All the lectures are about two hours long, but there may be some additional post-show taping. We might even interview you for the trailer(s)!

Editor’s Note: Tickets are no longer on sale for this event.

“Deconstructing the Beatles” is brought to you by Jacob Burns Film Center, Abramorama and CultureSonar.

0 comments on “Beatles Fans: Join Us for a Live Taping”