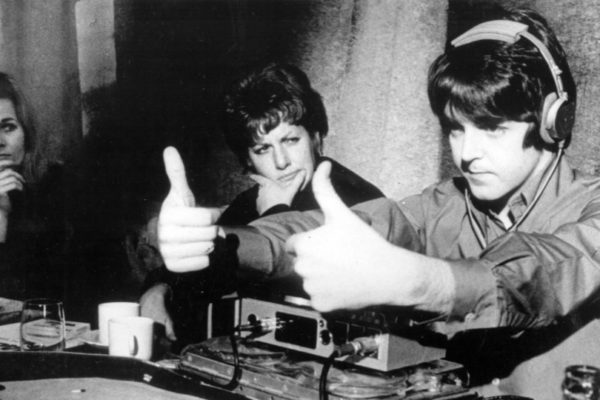 With the recent Sgt. Pepper’s reissue, many listeners are getting the opportunity to hear The Beatles in their original mono mixes for the very first time. This certainly isn’t exclusive to Pepper, since all of the Beatles albums from Please Please Me through The Beatles (White Album) were originally available in both mono and stereo formats. (Yellow Submarine, Abbey Road and Let It Be were mixed and released in stereo only.) Nor is it exclusive to The Beatles, for that matter. But what does this really mean to the casual fan?

At the time of their original releases, those earlier Beatles albums were primarily heard in mono because stereo was still a fairly new format — available for audiophiles, usually at a dollar/pound or so mark-up. In terms of the LP’s history which dates back to 1948, stereo was usually reserved for classical (and occasionally jazz) music in the ‘50s and ‘60s. When it came to pop, however, mixing was often an afterthought and left to engineers without any real input from the artists themselves.

Stranger still, many mono album masters in the ‘60s and ‘70s were shipped to foreign record companies, thereby unintentionally empowering them to randomly re-mix for the stereo markets. These particular recordings were often labeled “Electronically Re-processed for Stereo,” and the results were by and large poor because the mixing decisions had little if any esthetic sensibility. The Beatles, The Rolling Stones and The Beach Boys catalogs all suffered these highly questionable practices even as the stereo market grew as more American teens with more spending money spent their cash on records and record players. It’s too bad many record companies of the 1960s were more concerned with raising profits than raising quality.

But getting back to original mono albums: Even lay listeners will notice huge differences between these LPs and their more familiar stereo counterpoints. Mono reissues can be a total re-discovery of the music, especially when it comes to The Beatles catalog. In their earlier albums (most pointedly, from Please Please Me to Help!), the disparity is easy to hear. On these recordings, stereo simply means that the majority of instruments are on one speaker and the voices are on the other — with perhaps a cursory “pan” of vocal harmonies or drums surfacing on both. In a television interview in early 1966, Pete Townshend made an offhand comment on early Beatles stereo: “John (Entwistle) and I were listening to a stereo copy of a Beatles LP the other day, where the vocal was on one side and the instruments on another, and…they’re pretty lousy…” He might have been listening to Rubber Soul which had just been released. We’re going to assume he wasn’t referring to The Beatles themselves, but rather to the unsatisfying quality of the stereo mix.

Starting with Revolver, actually, The Beatles albums took on a wholly new sonic life in their stereo versions. Some tracks (such as “I’m Only Sleeping”) have entirely different guitar overdubs. Others feature different types of reverb and other effects on the voices. Even song lengths and fade-outs are often different. It’s worth noting that The Beatles themselves generally only signed off on the original mono mixes and left the stereo versions largely to the engineers, at least for the first half of the 1960s. It’s no mere coincidence either that Revolver is the first Beatles album to feature the talents of recording engineer Geoff Emerick, a brilliantly gifted young technician whose experimental wheelhouse matched the Beatles’ imaginations in creating audio soundscapes. And he didn’t even take any drugs!

By the time of Sgt. Pepper, The Beatles were taking a much more hands-on approach to the sonic quality of the records, and for possibly the first time, had their hands on the mixing console as well. The end result of the mono album is truly spectacular: Pepper as The Beatles intended. It’s important to mention that on the new 2017 stereo re-mix, reissue producer Giles Martin based his mix on the original 1967 mono, creating, as he put it, “mono in 3D.”

The final two albums mixed and released in mono at the time (Magical Mystery Tour and The Beatles) are so different from their stereo counterpoints that it’s mind-boggling. At this point I will leave any further explanations between mono and stereo to the listener. I promise I’ve only scratched the surface here… No spoiler alert necessary.

Note: The Beatles mono catalog was released in 2009 on CD, and a vinyl box set following that in 2014.

PS. For more on the 50th anniversary Sgt. Pepper box set, click here. Plus, you may also enjoy our posts Stop Knocking the American Releases of The Beatles, Already and Scott Freiman Takes Us Behind the Scenes of “Deconstructing The Beatles.”

Get streaming FREE when you buy the DVDs.

1 comment on “One Track Mind: The Beatles in Mono”