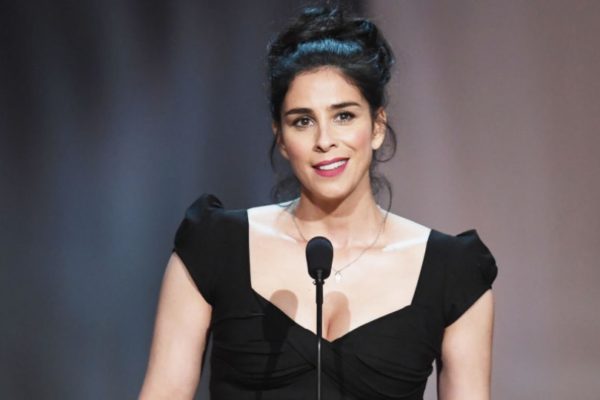 The generality goes that stand-up comedians eventually get less funny as they get older. And while we could certainly cite a few examples of comics who seem to have lost their sense of humor in direct relationship to their time in the biz, there are some notable others who have maintained a unique ability to make hilarious observations year after year after year. Each of the comedians cited below has been around for a couple of decades. All have had major successes on television. None is the least bit less funny than they were when they first started. Here’s to their lasting power and the laughs they’re still providing.

Sarah Silverman: A Speck of Dust
No doubt, Silverman’s mastery of social media has been part of what’s ensured her ongoing relevancy. (She was a Bernie supporter if you somehow missed that.) But far from growing embittered by the contentious political climate, the comedian is currently one of the most consistent performers in the field. (Which may explain why she still lands gigs in everything from Masters of Sex to Bob’s Burgers.) In her latest comedy special, she moves from one absurdity (squirrels as crack addicts) to another (euthanizing her dog) in an incredibly complex set that has her — and the audience — jumping back and forth between topics (“Let me put a pin in that”) as she’s deconstructing the form itself. This particular act also happens to include one of the scariest jokes about violence that manages, against all odds, to have an upbeat punchline.

Tracy Morgan: Staying Alive
The comeback sensation usually refers to performers whose careers have faltered because of a change in public taste, the end of a show, or some egregious act committed by the artist. But in Morgan’s case the ultimate comeback wasn’t leaving Saturday Night Live or the end of 30 Rock but from a vehicular accident in which he was hit by a Walmart truck which landed him in a coma. As you might expect, his stand-up incorporates a lot of afterlife and rehabilitation jokes, but his ability to weave it all together is pretty masterful. Donna Summer’s “On the Radio,” casual conversations with God, and a challenging family all come together in a finale that is the work of a total pro. And if you think Morgan’s brush with death has cleaned up his act, take note: There are plenty of dick jokes.

Neal Brennan: 3 Mics
Conceptual comedy? Pretty much, as Brennan (Chappelle’s Show) literally switches his place onstage from mic to mic to mic, with each spot-lit stand representing a different type of material: one-liners, conventional stand-up, and confessional monologues. Admirably, he’s a master of all three styles tossing out wicked zingers that he reads off index cards, engaging in wry observations like how, when viewed from a certain perspective, Lance Armstrong took drugs to raise money for cancer, then digging deep into his own history of depression and a not-unrelated traumatic relationship with his alcoholic dad. This one’s not just a routine, it’s a novel idea.

Wanda Sykes: What Happened Ms. Sykes?
Sykes (The New Adventures of Old Christine) came out of the closet in 2008 but did you know that she’s now married to a French white woman with whom she’s raising two white kids? If you think that’s blunted her incisive commentary about race, this special will set you right. In a set that’s hilariously intimate, Sykes revels in the pain of the personal — like when her daughter mispronounces “mommy” as “mammy” or her son says he can’t see her in the dark one night when she comes to kiss him to sleep. Health food, presidential politics, and Barbie dolls all get addressed, but when Sykes discourses on being a minority in her own self-created family, she will make you laugh so hard you weep.