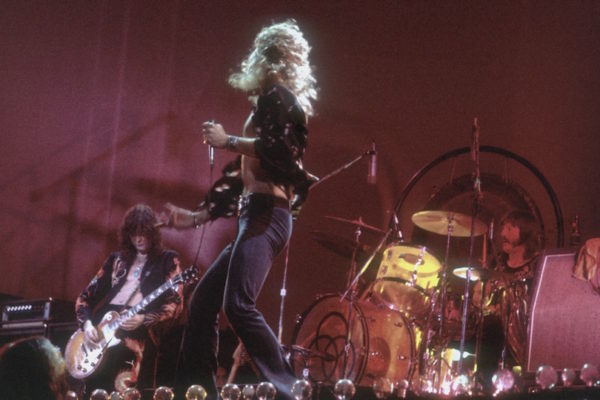 Led Zeppelin’s fifth album, Houses of The Holy, was a commercial success, but even if it was marketed as a band album, it was predominantly the work of producer and guitarist Jimmy Page. So it was high time that bandmates John Paul Jones and Robert Plant were given the chance to shine. The album demonstrates the former’s penchant for melody and the latter’s mystical poetry. This change in leadership didn’t necessarily mean a change of direction – it’s the grandeur and self-mythology that deepened on this record, culminating in a work that stood head and shoulders with the best of prog from the era.

From the opening “The Song Remains The Same”, the album is suffused with energy, paced with a couple of hypnotic drum displays, as if allowing John Bonham the chance to showcase every part of his kit. But the album is also strikingly economic; although the guitar overdubs were numerous, they were positioned with reverence for the vocal performances, enhancing the helium-infused deliveries with stealth and attack. Page doesn’t really try anything new on this record, although he sounds more confident, allowing the acoustic textures on “Over The Hills and Far Away” to breathe through the mix.

If Houses of The Holy boasts a hero, it’s Jones, who flits from instrument to instrument, allowing newer sounds to bustle from the cylinders. Nominally a bassist, Jones was actually the most versatile member in the group, and he infuses “No Quarter” with a singular, symphonic approach that sits as one of the most impressive ballads in the band’s canon. The song, ironically, wound up as the title of a Page & Plant album, which was recorded outside of the band’s orbit during the 1990s.

“No Quarter” was a stunning work, but there was another, equally formidable opus heard on the album, one that proved that metal gods actually had beating hearts. It was “The Rain Song,” a ballad that explored Plant’s fascination with the weather, as expressed through the tempestuousness of romantic love. As with many of their best tracks, the words were written after the vocalist felt comfortable enough to produce them over the backing track. “Sometimes we have backing tapes of tracks worked out and somebody goes, ‘Well, we got no bloody lyrics,’” Plant told Rolling Stone. ” ‘The Rain Song’ was just sort of a little infatuation I had. The next morning I’d scribble it out. If I had done it the day after, it would have been no good.”

Plant was growing as a writer, which served the band well in the late 1970s, particularly as Page started resting on his laurels. By the time the band recorded In Through The Out Door, he was responsible for the entire output, credited on all seven of the album’s tracks. Aided by the conventionally melodic Jones, Plant created the one ballad that was arguably more impactful than “The Rain Song”, as he crooned to a soft keyboard padding on “All My Love.”

Whether he could have mustered that type of sentimentality without Houses of The Holy is a moot point, but what’s harder to argue is the invention he has shown in the decades since leaving Zeppelin. Where Page’s backdrop was in blues and rock, Plant’s net has proven to be wider and grander, encompassing genres as esoteric as funk, hip-hop, and early rap. And while Houses of The Holy wasn’t Zeppelin’s finest work, it did show that there was more to the band than barrelling hooks and promiscuous lyrics, and more to the quartet than just Page.

7 comments on ““Houses of The Holy”: A Deeper Look”