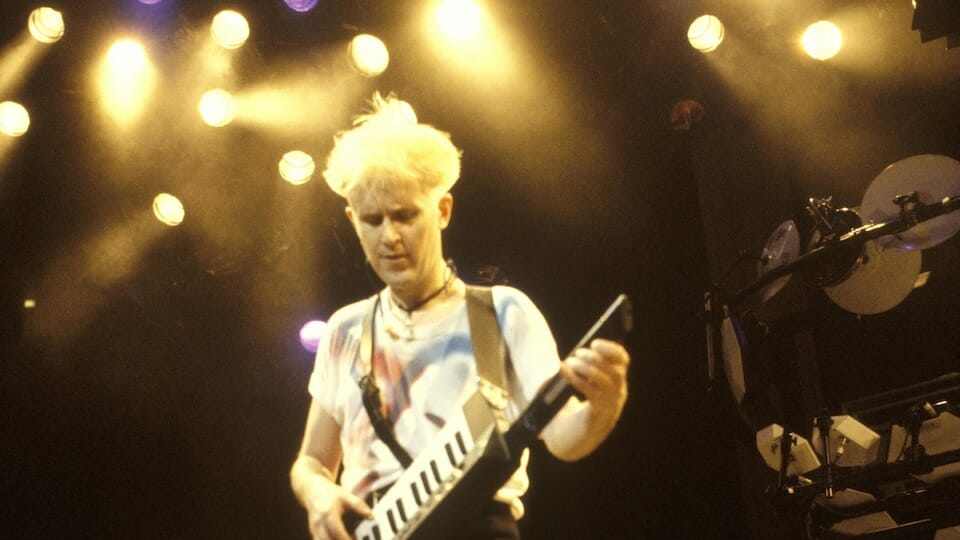 When it comes to ‘80s hair bands/artists, I tend to group them in two ways: you have your bands with simply ginormous ‘do’s, the ones that went through a case of Aqua Net in under a week. Think Bon Jovi, Poison, Cinderella. Then there are the “interesting” hair guys, those who sculpted their follicles into more of a statement. Like Mike Score of A Flock of Seagulls, with those pointy “horns.” Howard Jones is another one who could rock some serious ‘80s hair – I’m thinking in particular of one glorious poufy mohawk in his 1985 video for “Things Can Only Get Better.”

But even though Jones may have fallen prey to the MTV image requirement, he also rocked major musical chops. As a kid, he was so talented, that he gave piano lessons to the other kids in the neighborhood (that’s how he met his future wife). And he put those skills to great use in the ‘80s, with giant synth-pop hits like “What Is Love,” “New Song” and the aforementioned “Things Can…”

So where’s “HoJo” been since? Well, for one, he’s never stopped playing and innovating. Since the ‘90s, he’s worked independent of label support (which he prefers) – but his fans have not let him down. His latest labor of love is called Engage, a four-part series incorporating music, ballet, and philosophy. The initial CD/DVD of this live event was crowd-funded on his own label D-Tox Records, a testament to his devoted fan base, with whom he stays in touch via an active social media presence.

Howard also contributed a few songs to the recent movie, Eddie the Eagle, and is out on tour this summer with Barenaked Ladies and OMD. He admits that in the time he’s allotted on tour, he must “play the hits” – but he also works hard to re-invent those hits to keep it interesting for both the fans and himself. As for his famous ‘80s hair, well, it’s been reduced to a close-cropped style revealing more than a receding hairline – but nonetheless, he sticks to the sentiment of his 1985 hit: “things can only get better.”