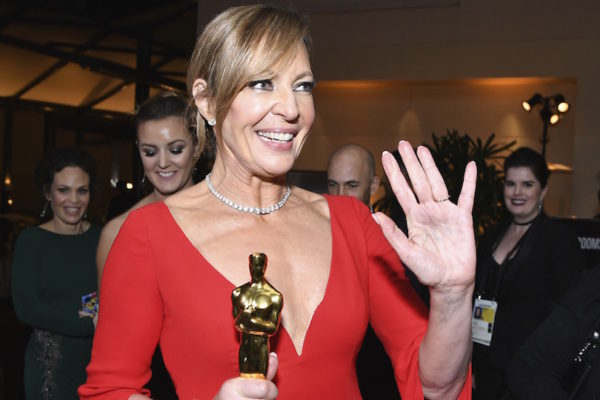 “I was loved for a minute, then I was hated. Then I was just a punchline.” Thus was the fate of Tonya Harding, the former USA Olympic ice skater who became the most disgraced woman in America when she found herself implicated [amazon template=right aligned image&asin=B078TQJRRV ]in a brutal attack on her rival Nancy Kerrigan in 1994. At a time when the 24-hour news cycle was just beginning to take its grip on the USA, this sensational scandal had everyone hooked as the elegant world of figure skating suddenly became glittered with controversy. Kerrigan was ice-princess perfect; Harding was the scruffy underdog. Yet the two would forever be linked when, shortly before the Lillehammer Olympics, a man hired by Harding’s ex-husband, Jeff Gillooly, attacked Kerrigan in an attempt to break her legs with a metal baton.

See Related Post: “Olympians Who Made It In the Movies”

Tonya was found guilty of being involved in the crime and was banned for life from competing. It was the craziest — and strangely enough, campiest — drama to happen in sports and there have been countless different versions of what really happened. As such, I, Tonya’s director Craig Gillespie quite wisely ignores the impossible task of choosing the most authentic version of the story and instead gives us “irony-free, totally contradictory” interviews and accounts, exploring the dark backstories of those involved.

Skating a fine line between truth and legend, I, Tonya presents Harding’s story in an unconventional way, which is fitting considering the wild circumstances of the events in question. The movie’s style is a gonzo blend of dramatization, fourth-wall-breaking asides, and mockumentary interviews based on real accounts from the individuals concerned. The film sets out to give us “the real story of Tonya Harding,” but the truth, it seems, is a murky concept and it’s up to us to decide which side of the story we want to believe.

Margot Robbie tackles her role as Tonya with gutsy energy and fiery determination, and it seems the young Australian actress has finally found a role to suit her talents. We’ve mostly seen Robbie in smaller roles and cameos like her bit part in The Big Short or her minor yet impactful turn as Leo DiCaprio’s wife in The Wolf of Wall Street. Here though, she is given the opportunity to dazzle with the lead, one which is both comically and dramatically demanding. While the film is undeniably funny, its caustic comedy branches out into some very dark places, exploring the story of a woman who suffered physical violence and abuse at the hands of both her mother and husband. Most importantly though, I, Tonya is a rousing tale of a woman refusing to let her past define who she is.

While Robbie certainly handles the physicality and aggression her role requires with finesse, she’s not the only one who was nominated for an acting Oscar for the film. Enter Allison Janney who steals the show (and actually brings home the Academy Award) as Tonya’s monstrous, foul-mouthed mother, LaVona. Janney applies her natural comedic skills to playing the most gruesome example of a stage-mother and embodies her role as an abusive parent with devastating precision.

I, Tonya drives home the point that the world, both on and off the ice, is firmly set against Tonya from the very start, who casually and unashamedly calls herself a “redneck.” What we see in the film is an unpatronizing portrayal of working-class America and the stigma that often comes with this social status. Tonya never wanted to be like the other girls whom she competed against, but it angered her that the judges held this against her. Crucially, Harding’s story is one of resilience, and the movie does well to communicate this by letting Tonya, or rather Robbie as Tonya, speak directly to us through the camera and by keeping Kerrigan almost entirely out of the film. There’s a clear affection for Harding throughout the movie, and a real desire to present her as more than just a tabloid villain.

Overall, I, Tonya is a soaring triumph which sticks its landings. It’s a movie about the ruthlessness of class hierarchies and the nature of truth. It challenges the media’s unforgiving relentlessness and exposes us, the audience, as being complicit in brutal news cycle sensationalism. And, to top it all off, it’s a really entertaining sports movie. It’s up to you to decide what you think of Tonya Harding, but thanks to this movie, she’s managed to triple-axel her way back into the spotlight and quite possibly into our hearts.