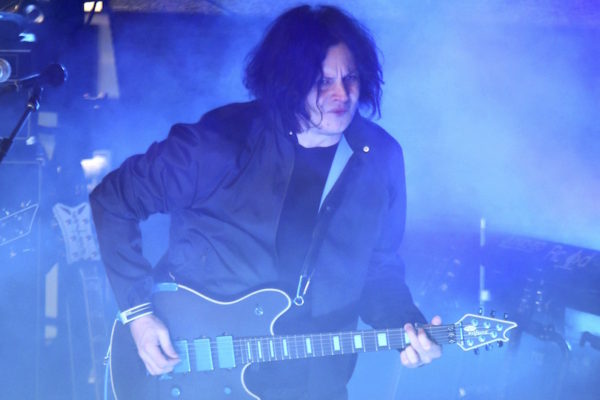 Jack White is a musician who’s made it hard for the press to pigeonhole him. After starting his career in the ‘90s with a bluesier band than The White Stripes’ garage rock contemporaries, his stints with The Raconteurs and The Dead Weather have furthered his already sizable musical range. Soundtrack spots on Cold Mountain, The Great Gatsby and Quantum of Solace added more variations to his musical palette, while guest spots with the arcane Electric Six and with rock master Robert Plant have proven that  White is a musical chameleon.

See Related Content: “What Happened to the Pop Duo?”

Boarding House Reach, White’s third solo album, challenges expectations with a predominantly synthesized feel — quite different to the bare sound of those early White Stripe records. Indeed, this album is as focused on grooves as Lazaretto (2014) was on melody. Famously a Luddite who once described Pro Tools recording as “cheating,”  White takes a 180-degree turn and the end result is as subversive as it is excellent. Midway through the album when White sings, “I’m never gonna go where you want me to go/Listen up if you want to hear, and if you can’t stand it then…,” it’s as if he’s giving listeners the option to opt out should this record upset their comfort zones.

It shouldn’t. Amid the various keyboard sounds and synths, there’s also a moment of rock glory: “Respect Commander” pummels like a Physical Graffiti era Zeppelin track and features White’s baritone at its muscular best. “Over and Over and Over,” steered by Louis Cato’s driving drums, gears towards the zest of nineties hip-hop (it was a potential collaboration with Jay-Z) while “What’s Done Is Done” soothes like a well-oiled Country ballad.

Yet it’s the wackier genres that make Boarding House Reach the intriguing entity it is. At its heart, this is ultimately a garrulously fun record. Trip-hop “Ice Station Zebra” sounds as much Mother of Invention as it does ersatz jazz; “Get in the Mind Shaft” veers into welcome “prog” territory, and “Humoresque” moves from the 1970s to the classical lush sounds of the 1870s. (Antonín Dvořák gets name-checked on the record.)  “Connected by Love,” with its grand keyboard design, includes a backdrop not atypical of the 1980s — complete with a screaming vocal crying out, “Relieve me!” (The McCrary Sisters harmonize here as earnestly as they would on any gospel standard.)

Not that everything works. Sometimes White’s record enters into the eclectic Damon Albarn territory and his cleverness can sound a little smug. But at least White’s soapbox moments are mercifully short — the rest is great fun, bizarre, even kooky. Is White carrying on the torches of Prince and Bowie?  He might be. “Corporation,” perhaps the album’s most alluring track, is a potent reminder of White’s strengths as a lyricist. When he freestyle raps, he’s pulling together a bold track, with erratic electronic drums and distorted jazz solos. This album may take a few listens to enjoy, but there are enough moments of far-out substance for White converts to enjoy and for newbies to be intrigued by. Nearly two full decades into his musical career, White still has many delightful surprises up his sleeve.