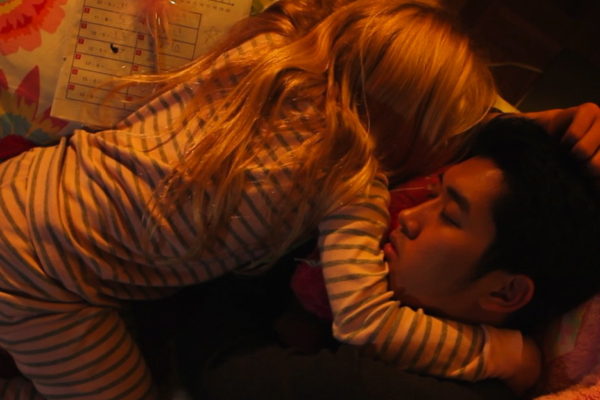 Given the ongoing international acclaim, art-house successes, and even multiplex screenings of The Handmaiden, Train to Busan, and Snowpiercer, a passion for Korean movies doesn’t seem as unusual as it surely did 10 years ago. But CultureSonar’s Drew Pisarra has been writing about Korean movies since long before this recent batch of crossover hits. His introduction to the Korean New Wave around 2004 was right when that scene was cresting (and Oldboy won the Grand Prix at Cannes); since 2007, he’s been averaging well over one movie review per week on Korean Grindhouse, his blog devoted to Korean cinema. What turns a casual fan into an obsessive blogger? And what’s the best way to make new converts? Read on to learn more.

[amazon template=right aligned image&asin=B01N0KQ3MP]Q: How did you become so obsessed with Korean movies?

A: I was in between jobs and working as a freelance journalist. My philosophy was you can pitch one of two things: that short peculiar list of topics that you know well (in my case: theater, Gertrude Stein, diners) and that much longer list of items for which you feel few fellow writers are unlikely to position themselves as experts. Around 2004, the New York Korean Film Festival was celebrating its fourth anniversary and since I didn’t know anything about Korean cinema, I cavalierly assumed that no one else did either. With that in mind, I pitched an article to The Brooklyn Paper. That assignment changed my life. I watched over a dozen Korean movies within a few days and had my mind certifiably blown. That year’s NYKFF was chock full of mind-bending entries, three of them concerned with serial killers: Bong Joon-ho’s early masterpiece Memories of Murder, the noir-ish H, and the cult hit Save the Green Planet. After that, I was pretty much hooked. The blog, I suppose, was inevitable. I didn’t have anyone to talk to about these movies so I wrote about them instead.

Q: What’s been the most popular content on Korean Grindhouse so far?

A: Easily, my review of A Dirty Carnival, an absolutely gorgeous gangster pic that feels somewhat like an accelerated homage to The Godfather trilogy jam-packed into one single film. That single review has garnered nearly ten times as many page views as any other critique on my website. After that comes my yearly “best of” lists for which I pick out the top ten films I’ve watched that year, regardless of their release dates. That means my 2009 list, for example, has 1936’s nasty melodrama Sweet Dream right alongside Park Chan-wook’s vampire flick Thirst and, while it may be a strange way to make a list, I’ve never received a complaint from any of my readers. Not yet!

A: To be honest, I’d be more likely to share one of two recent pieces I did for the Tribeca Shortlist website – one, a tribute to actor Song Kang-ho who I consider one of the greatest actors currently working on screen; the other, about The Host, which strikes me as the perfect gateway film to Korean cinema. Come to think of it though, I don’t know why I’d suggest someone read anything I wrote instead of plugging some wonderful Korean movie I’d just seen, like the crazy horror flick The Wailing or the hyper-depressing epic Alive. (Am I the only one out there who thinks “depressing” is a compliment?) Ultimately, I want to make new fans for Korean movies, not new fans for my blog. I also have a fair number of reviews of documentaries about North Korea, should you suddenly be craving to see one of those for any reason…

A: I’ve been involved in a few movie-related projects outside of Korean Grindhouse that I’m pretty excited about. The next installment of the Filmette Film Festival, which debuted in 2016, is tentatively slated for this Fall. The brainchild of composer/sound-editor Gisburg (who worked on Chicago, Hugo and Small Time Crooks), this fest is devoted to movies that run between 30 and 60 minutes. Our first year saw a number of the screenings sold out and even included one incredibly sweet Korean-American film in the lineup: SangJin Ko’s short “Milkshake” (see photo at top).

Q: Think you’ll ever make a movie yourself?

A: I’ve dabbled in short films such as “The Fly,” an animated short inspired by a William Blake poem, that I created with illustrator Larry Vazeos and composer Daniel Meyer. It actually was just accepted to the Zoom Festival in Poland. But I’m a New Yorker to the core and if I really wanted to make it in the movies, I’d probably move to Los Angeles. Or better yet, maybe Seoul or Busan.