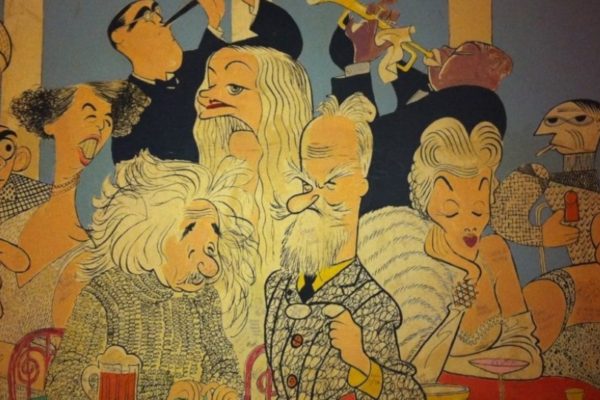 Love it or leave it, La La Land is a reminder of LA’s rightful place at the core of the American Experience. Like music is to Nashville or decadence to Las Vegas, entertainment is the hometown industry here. And like government in DC, that element exerts a profound influence worldwide. But Hollywood is a place as well as a state of mind. Geographically, the neighborhood itself lumbers throughout “the Hills” then spills through canyons and across a densely populated basin due south. Within its borders are landmarks like The Walk of Fame and The Hollywood Sign and a collision of cultures from enviable bungalows to a very real, very rough street culture – all of it connected by maddening traffic that barely moves. Oh yes, people do live here, you know. But as the recent razing of the Charlie Chaplin house (1923) and the closures of The Formosa Cafe (1925) and Trader Vic’s (1955) sadly illustrate, Los Angeles’ history is as fragile as the efforts of its defenders are determined. So grab your shades and spats, fire up your custom cruiser, and join us for a time warp trip through La La Land before it disappears.

Musso & Frank Grill (Hollywood)
Of all Los Angeles’ truly historic restaurants (RIP The Brown Derby), Musso & Frank is one of the few still surviving. Hell, they’re thriving. So raise a glass to this keystone of Hollywood history, open and serving since 1919.

The Musts: Everything on the menu is as old-school as dinner at Norma and Irving’s. Try a chiffonade salad or the renowned filet of sole when available. Legendary bartender Ruben’s perfect martini is the standard against which others are judged. It arrives correctly quartino-ed in ice, bracing and balanced, olives upon request.

The Tip: If you take your poison brown, the bar’s undersung house specialty is a jewel-like dram of Rob Roy.

The Frolic Room (Hollywood)
One of Hollywood’s tiniest landmarks is at once a dive bar, a tourist trap, and a magnificent accomplishment. No visit to The Walk of Fame is complete without experiencing the SRO crowd, the renowned jukebox, and the famous mural.

The Vibe: A very crowded dive bar circa 1955 with definite Hollyweird eccentricity.

The Must: A cold shot of Jaeger with a cola chaser. Because however loud you shout over the din, there’s an even-money chance that’s what the bartender will serve. If you’re able, ask for a hand-rendered bourbon sour.

The Tip: The cluster of customers will be thickest around the jukebox in the center of the room. Claim your wall space towards the back, near Tallulah Bankhead’s table.

Hollywood’s coolest hotel retains its Silent Era roots as well as its cherry wood and painted moldings, while offering swank hospitality in a “movie colony” way. The hotel is verrrrry haunted, some halls by no less than Marilyn Monroe.

The Musts: Find a space poolside at The Tropicana where a waitress in a pareo will bring you a White Wine Spritzer without smirking. If you’re drinking at the bar proper, the mixologists are affable but smirk.

The Tip: Wait until deep dark then join those lounging on sofas in a shadowy corner of the lobby. They’re waiting for window service at The Library Bar, a tiny after-hours drinkery for well-constructed cocktails passed through a window as if this place were a Depression Era speakeasy.

The Smoke House (Burbank)
The Vibe: A true-school historic supper club so retro Hollywood that it’s across the street from Warner Brothers Studios and proud to still feel like 1946.

The Tip: Make your reservation by telephone; request prime seating in the lounge. Vegas-handshake the hostess and you might score the coveted Roscoe Lee Browne booth. Unless another swankster gets there first.

The Dresden Room (Los Feliz)
The Dresden was cool long before Swingers, and will be cool long after Vince Vaughn’s final comeback. A supper club with separate protocols for dining room and bar and every variation thereof, this joint harkens back to 1962, a time when gents impressed a dame with a night on the town. Please note: Lifers from the era can be spotted with period appropriate prime rib dinners and hairdos.

The Musts: The Blood and Sand is a miasma of Scotch, vermouth, and cherry liqueur that’s the only drink swank enough for Rudolph Valentino.

Little Dom’s (Los Feliz)
Don’t rankle servers, bartender, or patrons by pointing out that Little Dom’s could have been airlifted directly from 1915-era Bushwick, NY right down to the plaid shirts and suspenders. You’re in Los Feliz, where they invented hipster posturing then bequeathed it to Brooklyn by way of Silver Lake. In this land of surfaces, everyone can read you like a book.

The Tip: Ask for bar seating and a shot to start the night. Flip the shot glass onto the bar once you’ve downed its contents and see if, and how, the bartender answers the challenge.

Palermo (Los Feliz)
There was a time when a red-checkered tablecloth and a wine bottle with a candle plunked in it signaled family-run ristorante where 1950s Mama’s home-cooking satisfied nostalgic emigrees and locals in search of a community center with spaghetti and meatballs. That’s the Palermo.

The Vibe: Cozy carb-loading neighborhood eatery with red booths, a busy to-go counter, a neon service bar, and what may be Los Angeles’ most impressive four-waller of headshots.

The Musts: The pizza will shut up naysayers complaining about LA pizza once and for all, especially when it arrives on the wrought iron cage of a red glass hurricane lamp. That most retro of cocktails, the Harvey Wallbanger, comes in a soda fountain glass, its floater of Galliano poised as proudly as the cream in a cannoli.

The Tip: Call ahead to order your pizza to go, and when you pick it up, avail yourself of the twofer bottles of eye squint wine along the bottom rows of the wine racks.

Barneys Beanery (West Hollywood)
Barneys is a mini-chain, with the original being located on the stretch of Route 66 that runs through West Hollywood as Santa Monica Boulevard. The original’s ramshackle building evokes the earliest days of The Mother Road.

The Vibe: Straight-up 1980s teen flick heaven that could be the bar that Lloyd Dobbler opened or maybe where Chris Makepeace’s character from Vamp wound up tending bar.

The Musts: A bowl of chili with cheese, a gut-busting tower of nachos, and whatever you’re drinking from the beer list.

The Tip: Check out the Westwood location — a solid college bar that gives you a chance to hang out at UCLA. Who wouldn’t want to do that?

The Pikey (The Sunset Strip)
Any actor who makes good on the BBC eventually tries their luck in Hollywood. Palm trees and never-ending sunshine are about as opposite to rain, fog, and rolling green hills as it gets. For those English who persevere, many find their way to this British pub. As do hippies daytripping from nearby Laurel Canyon, non-industry locals, and downtowners who couldn’t get into The Edison.

The Vibe: The Pikey was once The Coach and Horses, the bar where Robert Mitchum hung out. That’s all you need to know.

The Musts: Mary’s Vinegar Chicken and the bandaged cheddar burger are the real deal. Laddie Dill, a knockout concoction of vodka, muddled cucumbers, lime, and dill distills the room’s vibe into a glass.

The Tip: Go for brunch but get there early enough that they don’t run out of curry on toast.

The Seven Grand (DTLA)
The curious vibe of early Los Angeles is perfectly captured at The Seven Grand. In any other city, 7G would be either the bar in a sleepy hunting lodge or a hidden space behind a bowling alley. In Los Angeles, what’s usually hidden operates out in the open, a respite from the smoked glass skyscrapers built on the dirty sidewalks of downtown’s historic core.

The Vibe: Think 1936 deep comfort and high style that explains pre-movie LA better than any travelogue ever could.

The Musts: The best whiskey shelf in the city is an excellent place to get schooled on Japanese variations of the liquor too.

The Tip: Ask for a Corpse Reviver, but only if you can handle your liquor.

0 comments on “A Tinseltown Tour With a Time Warp Twist”