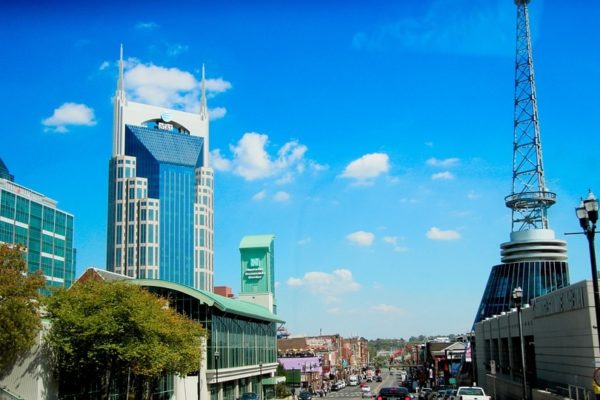 Locals love to hate to love it. New transplants and tourists tend to love it without qualifications. But one thing that has not changed about Nashville is why people come here. They’re looking for a place to hear a good story in song (and sometimes the inspiration to write it). Nashville is all about the music! If you’ve never been to “America’s Friendliest City” (Huffington Post), the town has much to offer on many levels. Hoping to move beyond Wildhorse Saloon, The CMA Fest, and the peddle taverns of the real Music City? The spots below offer a small sample of a larger story.

Carter Vintage Guitars
Pay a visit to Carter Vintage Guitars and you’ll find over 1,000 new, used, and vintage amps, banjos, basses, guitars, and mandolins in stock. Walter Carter has over 25 years of experience in the biz, including 10 years as Gibson’s in-house historian. He has written a dozen books on the subject so pick up a copy of Gibson: 100 Years of an American Icon, Gruhn’s Guide to Vintage Guitars or the 40-pound coffee-table book The Guitar Collection while you’re there.

Fanny’s House of Music
This store is as much lifestyle as music so you’ll find designer T-shirts from Nashville artist Scott Guion alongside those acoustic and electric six-strings and 12-strings. If you can’t make it to the East Nashville storefront then you can cheat: Check out the online store. Fanny’s will also gladly consign your used gear and offers professional instrument repair and setup. Find out why the readers of The Nashville Scene voted Fanny’s House of Music, “The Best Place in Nashville to Buy a Used Instrument.”

Gruhn Guitars
Every writer needs a story and every singer needs a song, and in Nashville the common thread between the two is the guitar. Guitar Player editor Tom Wheeler says this place’s namesake founder, “knows more about vintage guitars than anyone on earth.” Gruhn Guitars has one of the world’s premiere collections of vintage, used and new fretted instruments and as such is as much a museum as a store.

Lower Broadway
The boulevard of broken dreams has its tourist traps so stick to the tried and true, like these three authentic clubs loaded with attitude — tough and soul deep: Robert’s Western World: Cowboy boots, fried bologna sandwiches, cold beer and honky tonk music. Layla’s Bluegrass Inn: From 2 a.m. the music’s hotter than a $2 pistol. Once you’ve caught Heath Haynes & The Hi Dollars, you can say you’ve seen the best damn bar band in Nashville. Tootsie’s Orchid Lounge: Located behind Ryman Auditorium, this place rivals any honky tonk in Austin or Bakersfield with nightly live music in a space that’s hosted/employed/tossed-out the likes of Kris Kristofferson, Faron Young and Willie Nelson.

Music Row
Located on 16th and 17th Aves. South (plus many side streets and alleys), Music Row is home to one recording studio after another — publishing companies like Big Yellow Dog, Love Monkey and Combustion, big business like ASCAP, BMI and SESAC and giants like Sony, BMG, Word, Warner Bros. and Curb. Luminaries like Elvis, Waylon, Willie, and Dolly have cut sides there as well as old- school new traditionalist Chris Stapleton and Nobel laureate Bob Dylan (Blonde on Blonde). In short, history is everywhere and it’s still being made. The restaurants in this part of town are pretty good, too.

The Nashville Palace
In 1977, The Nashville Palace first opened its doors. The Claw Jerry Reed loved the Palace, performing here over 30 times in the first year alone. It also became the hot spot for Opry legends to drop in after their show at the Opry House across the street. It also helped launch some of country’s finest — Randy Travis, Lorrie Morgan and Ricky Van Shelton — and has hosted great shows by George Jones, Roy Acuff, Johnny Cash and Waylon Jennings. The Nashville Palace is still going strong with a killer house band complemented by cold beer and hot chicken.

Santa’s Pub
This spot is a little off the grid but well worth the trip. It’s a double-wide trailer located next to The Nashville Fairgrounds. The owner looks like Santa Claus and all they take is cash — simple, straight to the point. There’s a tiny dance floor and a karaoke machine and you never know who may show up to sing. Kacey Musgraves and Hayden Panettiere (Nashville’s Juliette Barnes) have shown up but even the karaoke scene is red-hot. According to Maxim magazine, Santa’s Pub is the #1 Dive Bar in America!

The Station Inn
For 40-plus years, the soul and spirit of bluegrass, roots, country and folk have all called this place home. Small and unpretentious, the legendary club has played host to giants like Ricky Skaggs, Jimmy Martin, Bill Monroe and Del McCoury. Currently the local scene is on fire; the chance to catch big players on tour or legends passing through can happen any night of the week. This place is a must-do.

PS. You may also enjoy our posts Don’t Like Country Music? Think Again…, Carlene Carter Brings It Back Home, and Soul, Country, Pop and Rock in One Tuneful Package.

0 comments on “A Music Lover’s Guide to Nashville”