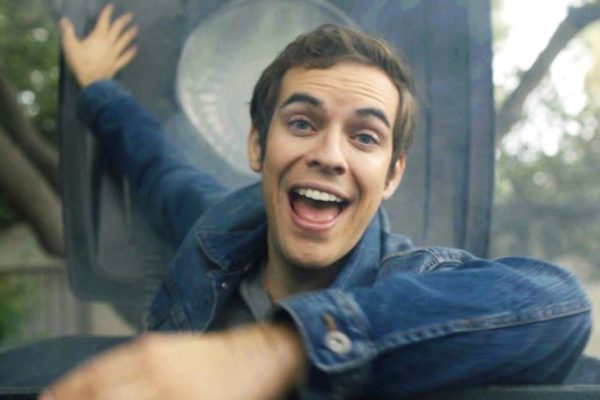 Back in 2013, YouTuber jacksfilms (real name John Patrick Douglass) made a video called “YouTube Is Not a Job.” He plays himself in a scene set at a family gathering in which careers are discussed. All relatives start to mock Jack once he joins in with the complaining about the hardships of working a day-to-day job. According to them, cat videos is all YouTube is about and in no way does that compare to getting up early and actually going to work. And while Jack ends the video on a funny, self-deprecating note (by showing one of his most intentionally silly videos as argument), the premise of this sketch remains painfully accurate. Some people still have a hard time accepting YouTube as a real medium for expressing ideas and opinions, be it under serious or comedic form.

It’s true that anybody with access to the internet can easily upload a video on YouTube. After all, that’s what the “you” in the name refers to – one doesn’t need more than a camera and the right idea to make it big on the platform. But how many of these people then go on to actually sustain year-lasting careers by constantly creating original videos and re-inventing themselves? Very few.[amazon template=right aligned image&asin=B01BD9X26U]Jacksfilms is one of them, a YouTuber who is now close to having 3 million subscribers after 10 years of content. 2009’s “The WTF Blanket” was his breakthrough, a voice-over parody of an infomercial that still remains his most popular video. And it’s not hard to see why – the 2-minute video is chock-full of jokes, and the delivery only strengthens them. Most future parodies would feature Jack himself and would target everything from TV shows, to other YouTubers, vloggers, top 10s, challenge videos, Q&As or new Apple products. The only thing that stays constant is how their quirks and absurdities are nailed to an absolute T.

Music is another big passion of Jack’s (he majored in film and minored in music theory) and it shows: a lot of his parodies are musical, adding to the diversity and offering some genuinely catchy songs. Still, his most well-known series remains “Your Grammar Sucks” (YGS), which involves him reading badly spelled comments from his fans. It may not sound like much of a premise on paper – but, as stand-up comedians sometimes come up with material by interacting with the audience, Jack uses these comments to create running gags, hilarious edits and even collaborations with other YouTubers. The series culminated in a much hyped hour-long episode at the end of 2015. A newer series called “Yesterday I Asked You” (YIAY) began in the same year and replaced YGS as the channel’s main focus, this time with Jack asking the viewers questions on certain subjects and then reading their funniest answers. It will most likely never quite reach the heights of YGS, and it sometimes relies too much on the fans’ involvement, but YIAY still has enough classic material for any Jack fan. Plus, spin-off episodes such as “Fixing Your Flags” or “Fixing Your Twitter Bios” rank among his best videos ever.

All in all, Jacksfilms is one of those YouTube channels that has yet to disappoint me in the years I’ve been subscribed to it. I watch every new video and I often return to some old ones as well. Even though I know all the punchlines by heart, the cleverness and originality still hold up all the way.