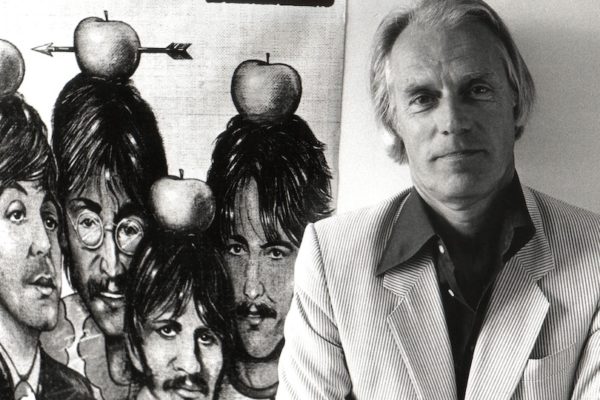 Much has been written about George Martin, producer and some would say virtual member of The Beatles. I would like to focus on one song, and the way it exemplifies Martin’s unique ability to commingle classical techniques and pop arranging values. “I Am the Walrus” was recorded as part of the Magical Mystery Tour project. The rhythm section, while certainly interesting in its progression, is almost plodding, with Ringo doing his best to give it some drive with snare fills here and there. Aside from Lennon’s intense vocal delivery of a surreal and arresting lyric, the musical interest value in significant stretches of the song arises from the string section, which George Martin wrote after the rhythm section was recorded and edited.

What is really striking about the string arrangement here is the way it truly inhabits The Beatles’ arrangement for bass, electric piano and drums, matching equally well the nasal intensity of Lennon’s voice, and the slow but relentless march of the band. The recording of the strings, done as part of an afternoon session on September 27, 1967, emphasizes the attack and grain of the cellos. To my ear, the strings substitute in presence for the electric guitar which is very understated here, blending into the electric piano’s pulsing dirge.

When you compare this little piece of collage with examples of string writing for pop-rock songs from the same era, Martin’s intelligence and artistry are clearer. He didn’t use the strings as glue and sweetening, like the Moody Blues and so many others, he actually made them the partner of Lennon’s edgy, sarcastic, unpredictable narrative, and saved the song from its indifferent rhythm section.

It’s an achievement that illustrates the important role Martin played. He provided a resource for their imaginations, and also a fixer at times for incomplete arrangements. The parts he offered were essential, not gratuitous. George Martin had a constantly surprising ability to grasp the essence of The Beatles’ progressions, and then deliver a counter-statement that danced with the band’s ideas rather than doubling or burying them. It’s a level of achievement in his very specific field that has rarely been matched.

24 comments on “We Are All Together: George Martin and “I Am the Walrus””