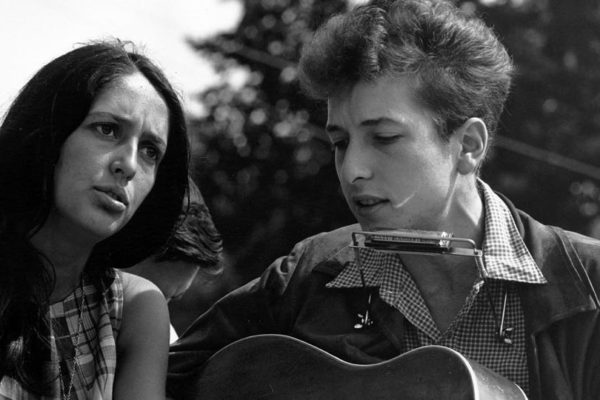 Whether you’re one of the weary souls crowding onto planes, trains and into automobiles to head home for the holidays this month, or one of many more looking to escape on a Kerouacian journey of self discovery, you can be sure there’s a soundtrack to score your epic adventures. Granted, your crawl along one of the nation’s congested highways might not qualify as transformative, but you can always fire up one or more of these songs to escape to any number of exotic locations in your mind – even if it’s just to a mythical street corner in a Midwestern city.

Everyone from Little Richard to The Beatles covered this song, though Wilbert Harrison’s 1959 version went to number one. The song’s protagonist “might take a train,” he “might take a plane,” but even if he has to walk, he’s “going just the same.” I just hope the “crazy little women” he hopes to meet in Kansas City divine where he’ll actually be. Songwriters Leiber and Stoller, who hadn’t been to the Midwestern locale, leave the poor guy “standing on the corner / Twelfth Street and Vine” – two KC roads that never actually intersect!

Sometimes we travel for love, sometimes for love lost — as if the movement and the miles will put it all behind us. In the case of Simon’s 1986 hit “Graceland,” the ultimate destination (Elvis’ home in Memphis) doesn’t seem as important as the distance needed to gain perspective on a turbulent relationship.

James Taylor’s “Carolina in My Mind”

Then there are times we’re on vacation, but we’re pining for a different place. Taylor wrote this wistful song about North Carolina — a place he conjures so vividly you can practically “feel the moonshine” — while on vacation in Ibiza, Spain, with friends in the late 1960s.

While John Lennon’s surrealistic “Strawberry Fields Forever” is a journey through his own psyche, more than a stroll through a boyhood Liverpool haunt, Paul McCartney’s flip side, “Penny Lane,” is a picturesque tour through their hometown. Together, they offer one of the finest musical postcards in the pop canon.

The Kinks’ “Holiday in Waikiki

If Monty Python’s to be believed, the English have a long tradition of complaining about holiday travels. So, it should come as no surprise that Britain’s pop poet laureate Ray Davies turned his sardonic wit to travel and holiday-making in songs like “Australia,” “Holiday Romance” and, simply, “Holiday.” In 1966’s “Holiday in Waikiki,” the reality of over-commercialization gets in the way of an English boy’s simple search for an authentic Hawaiian experience.

It’s tempting to read irony into this song’s sunny romanticism, given the war-torn reality of this African nation, where the protagonist longs to linger for a “week or two.” But Bob Dylan had never been to Mozambique, prior to co-writing this song with Jacques Levy in 1976 and, legend has it, simply needed a “unique” exotic word that rhymed with “cheek to cheek.” Cheeky, Bob!

Robert Plant and Jimmy Page wrote the lyrics to this transcendent track, while riding through Southern Morocco — a continent away from the Himalayan city of the song’s title. But what is several thousand miles when you are a “traveller of both time and space,” soaring on the wings of Eastern-tinged strings, a hypnotic riff and mind-bending lyrics?

Though your mind is in Kashmir, your body never left Morocco. Time to buy a ticket for the Marrakesh Express. Do try to avoid the overabundance of farm animals on those trains (“Ducks and pigs and chickens call / Animal carpet wall to wall”). And if you decide to “blow smoke rings from the corners of your mouth,” best to avoid the customs man on your way back to the states.

I wouldn’t recommend “bringing in a couple of keys” from Marrakesh or anywhere else, nor would I smuggle live fowl from your North African jaunt (“chicken flying everywhere around the plane”). The Woodstock version of this song is worth it just for Arlo’s stoned intro (“The New York State Thruway is closed man!”), but I recommend the studio version for first-rate pickin’ by Ry Cooder and that Master of the Telecaster James Burton.

Gladys Knight and the Pips’ “Midnight Train to Georgia”

All roads lead back to California (just ask Led Zeppelin or Joni Mitchell). But if your superstar dreams fall flat, a few blocks short of Hollywood Boulevard, time to pack your bags, call it a day and head to a “simpler place and time” (a warm meal and unconditional love!). Luckily, there’s one of these leaving every hour on the hour. All aboard!