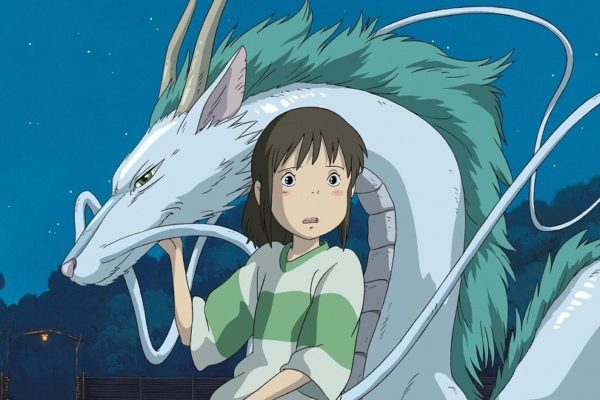 Renowned Japanese animator Hayao Miyazaki has come out of retirement not once, not twice, but a grand total of six times. His last attempt to say farewell was in 2013 with the release of the acclaimed The Wind Rises, but on November 13, 2016, the 75-year-old animator announced that he planned to make one more feature film, aiming for a 2019 release (just in time for the 2020 Tokyo Olympics!). On hearing the news of his going back to work, the Twittersphere freaked out with happiness. Always wanted to get on board the Miyazaki train, but didn’t know quite where to start? Here are five films to binge-watch pronto so next time he comes out of retirement, you can help us break the internet.

1. Spirited Away (2001)
Having just celebrated its 15th Anniversary, Spirited Away is probably Miyazaki’s most beloved film, and with good reason: This movie has just the right balance of fantasy, adventure, action and warmth. While the film has been compared to Alice in Wonderland, Chihiro’s journey to save her parents feels a bit more self-empowered as she’s required to use her wits to outsmart a witch, bathhouse frogs and no-face spirits. Superfans may have actually caught Spirited Away in its full cinematic glory when Fathom Events released it in movie theaters across the country in December 2016.

2. My Neighbor Totoro (1988)
One of Miyazaki’s earlier films, this tale of two girls who become friends with a forest spirit never fails to thrill. Having moved to the country to be closer to their mother who’s recovering from a long-term illness, Satsuki and her sister Mei deal with the very real fear of the mortality of our parents, amid the whimsical imaginings of childhood and the joy of hope. Oh yes, there’s also a large furry Catbus to transport them. Honestly, you can’t beat that.

3. Howl’s Moving Castle (2004)
Based on the fantasy novel by Diana Wynn Jones, this film grossed $14.5 million its opening week in Japan alone. Magic and 19th century technology are both present in this fictional kingdom, where Sophie, a young hatter, is turned into a 90-year-old woman by a vengeful witch. In an effort to break the curse, Sophie leaves home and finds work as a housekeeper in an enchanted castle belonging to the vain young wizard Howl. Set against a background of a country at war, the film also features a funny, bacon-loving demon shaped like a flame who may hold the key to everyone’s salvation.

4. Princess Mononoke (1997)
In the mood for something darker? Start here. This tale of two young people (Mononoke, a young woman raised by a wolf goddess, and Ashitaka, a cursed human prince) caught in a battle between human industrialists and forest spirits often takes violent turns, a departure from Miyazaki’s earlier creations. Indeed, Princess Mononoke was not a commercial success during its initial theatrical release. DVD and video sales since then have given it a raised profile and cemented its place as another Miyazaki masterpiece.

5. Kiki’s Delivery Service (1989)
The complications of growing up are depicted with fantastical humor in Miyazaki’s delightful Kiki’s Delivery Service. A young witch who can fly, Kiki must struggle to find her way as she moves from childhood to adulthood. Here, Miyazaki manages to capture the bittersweet lessons of maturing perfectly via a world that is all at once magical and rooted in real, sometimes painful human emotion.

In Conclusion:  While Miyazaki is most noted for creating worlds steeped in myth but grounded in humanity, his continued attraction can be attributed to action-paced storytelling, rich female character development, and his refusal to dumb things down. An artist who never shies away from hard topics like death and regret, he understands that the bittersweet moments can also be tinged with joy. That he continuously does so in a way that both children and adults can understand and enjoy is nothing short of a miracle.