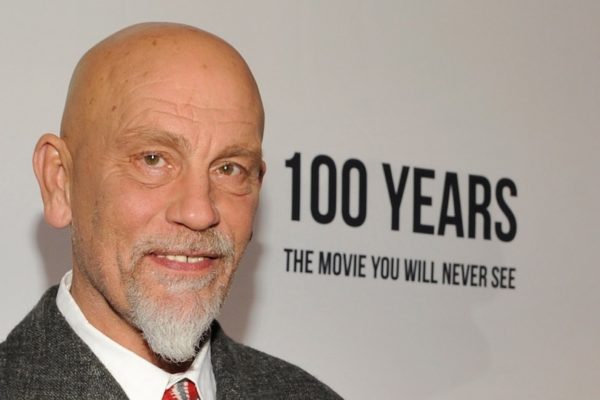 John Malkovich and Robert Rodriguez have made a film which will not be released for 100 years. The piece grapples with age-old ‘what will the future look like?’ questions but ratchets it up a notch with specific references back to the year 2015. The project was produced in association with Louis XIII cognac with the idea of supporting sales of its” 1915″ cognac available now, itself aged for a century. 1000 metal tickets to the premier on November 18, 2125 have been distributed to influencers and will serve to admit their descendants. The piece, on film, will be kept in a vault – along with a film projector for its display.

In The Escapist, Malkovich explains it this way: “There were several options when the project was first presented of what (the future) would be… An incredibly high tech, beyond computerized version of the world, a post-Chernobyl, back to nature, semi-collapsed civilization and then there was a retro future which was how the future was imagined in science fiction of the 1940s or 50s.”

Three short pieces — not quite trailers — have been released, presumably to abate the coming century of eager anticipation. (See below!) So it’s a film none of us will ever see, which leads to two questions: First, how good does a piece have to be to stand the test of 100 years? And second, what are the chances Hollywood can keep a secret for 100 days, much less 100 years?

1 comment on “A Movie Worth Waiting a Century to See?”