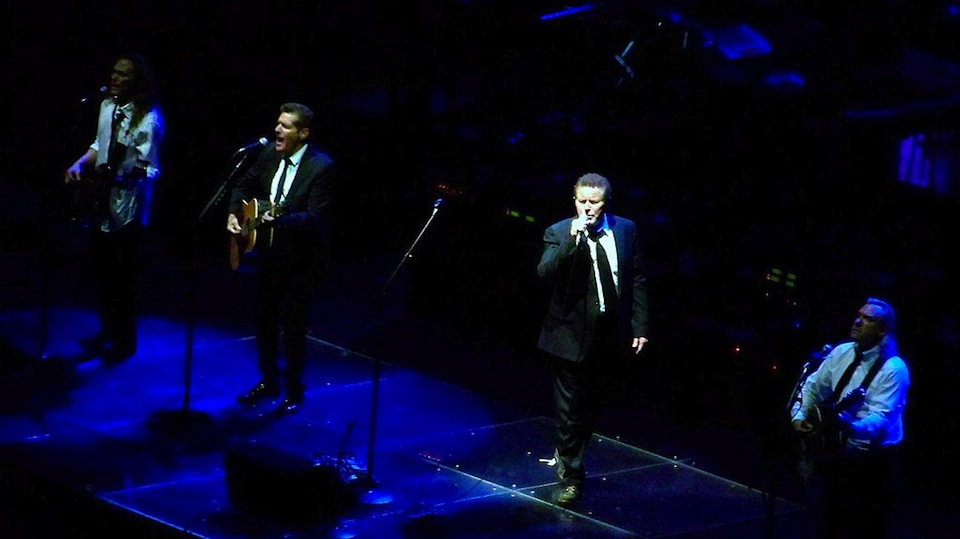 Don Henley: “This is not a lifetime’s career…”

There were many eloquent obituaries and tributes to Glenn Frey – and he deserved them all. His superb songwriting, lovely singing, willingness to evolve and lifelong commitment to music earned him his place in rock’s upper echelon. The 2013 documentary History of The Eagles (Story of an American Band) is a fine way to appreciate Glenn’s role in one of America’s most enduring bands.

The story is familiar to most fans. Glenn and soon-to-be-musical-partner Don Henley, each having recently moved to LA, met while backing Linda Ronstadt in 1970. She recruited other top players, and quite generously encouraged several of them to spin off and form what became (the) Eagles. The band’s first iteration enjoyed considerable success and – with other artists like Gram Parsons, Ronstadt and Michael Nesmith (another story for another day) – helped create a country-rock style that become enormously popular and influential. (Indeed, you can plausibly argue that rock has now largely disappeared and country has become rock, but that – too – is another story for another day.)

Later versions of the band, notably featuring Joe Walsh and Don Felder, continued to sells millions of records, with Hotel California (both the single and album), ruling the airwaves through the late 70’s and inspiring air guitar performances for decades to come. The band broke up in 1980. “Acrimoniously” does not begin to cover it. They reunited for the massively-popular Hell Freezes Over tour in 1994 and had been touring pretty steadily since, while also occasionally releasing new music. The band is one of the most successful ever, selling over 150 million albums. Through it all, it was Frey and Henley who kept the reins tight. They were ruthless: replacing members, producers and managers; secretly re-recording tracks; fighting over publishing; and generally feuding loudly. (Their 1980 Eagles Live album listed five lawyers in the credits.)

It often seemed pretty ugly, at least from a fan’s distance, but Frey was clear. “Perfection is not an accident.” He and Henley did whatever they thought necessary to keep the Eagles at the top of their game. They may not have been the most lovable guys, but their legacy is beyond secure. As Don Henley put it “the creative impulse comes from the dark side of the personality. So we worked it good.” More tenderly, Henley bid his partner farewell, noting, “Rest in peace, my brother. You did what you set out to do, and then some.”

The film brings all the wonderful and unsavory elements of the band’s character to light; and is a terrific way to remember a founding member.

PS. You might enjoy other CultureSonar articles about excellent musicians. These Guys Were REALLY Behind the Music profiles some of the greatest-ever studio players; When a Beatle Wrote with Elvis should be relatively self-explanatory; as are Why Doesn’t Anyone Record Squeeze’s Songs?; That’s My Jam and John Lennon: Guitarist.

2 comments on ““Perfection Is Not an Accident””