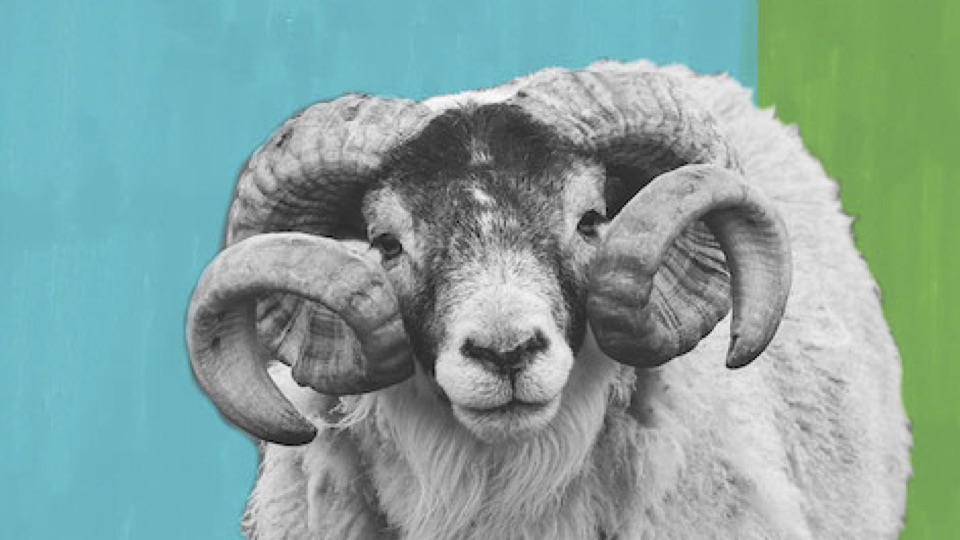 Following their breakup in 1970, the former members of The Beatles kept busy creating new music. Rock journalists heaped praise on albums by John Lennon and George Harrison, and even had a few kind words for Ringo’s solo work. They seemed to have it in for Paul McCartney, however, and pretty much savaged his first couple of solo releases, including 1971’s RAM, which Paul recorded with his wife Linda, drummer Denny Seiwell and guitarists David Spinozza and Hugh McCracken. Despite the slings and arrows from critics, the album was quite successful, spawning the hit single “Uncle Albert/Admiral Halsey,” McCartney’s first number one hit in the US as a solo artist.

Musicians and fans continue to cite the record as a favorite, and RAM has also received something of a critical reappraisal in recent years, with many writers noting the album’s mix of lovely melodies, offbeat lyrics, and the sunshine dappled production by McCartney. On May 14th, Cherry Red Records is releasing RAM ON: A 50th Anniversary Celebration of Paul & Linda McCartney’s RAM. The project, initiated by artist/producer Fernando Perdomo and Denny Seiwell, the original drummer for Wings, is a track-by-track recreation of the original record. It’s clear from the spectacular results that this is much more than just your average tribute album.

RAM ON features a terrific lineup of artists covering the songs from RAM, including Pat Sansone of Wilco, Eric Dover of Jellyfish, the husband and wife duo of Rob Bonfiglio and Carnie Wilson, and Dan Rothchild, who’s played with Heart and Sheryl Crow. They’re joined by a talented group of backing musicians including Davey Johnstone, Elton John’s long-time guitarist, Will Lee of The Fab Faux, Dave Depper of Death Cab For Cutie, Joey Santiago of The Pixies, power pop maestro Ken Sharp, and many others. Rothchild’s fantastic versions of “Too Many People” and “Heart of the Country” to Sansone’s well-crafted re-do of “Ram On” are worthy of multiple spins, as are all of the songs on this marvelous record.

The album is loaded with knockout performances, including Timmy Seans’s muscular takes on “Smile Away” and “Monkberry Moon Delight,” Dead Rock West’s rollicking interpretation of “Eat at Home,” Bebopalula’s smile-inducing cover of “Uncle Albert/Admiral Halsey,” and Brentley Gore’s soaring rendition of “The Back Seat of My Car.” RAM ON also includes Gordon Michael’s faithful rendition of the non-album single “Another Day,” and Eric Dover and Lauren Leigh’s deeply rocked out version of that song’s original B side “Oh Woman, Oh Why,” which is one of the highlights of the record.

In addition to the wonderful drumming by Denny Siewell, RAM ON also features appearances by guitarist David Spinozza and flugelhorn player Marvin Stamm, both of whom appeared on the original album. The splendid production work by Seiwell and Fernando Perdomo brings out the warmth and joy inherent in these excellent performances. What shines through in every track on RAM ON is that these artists all have a deep love for McCartney’s music, and for RAM in particular. RAM ON: A 50th Anniversary Celebration of Paul & Linda McCartney’s RAM is an affectionate and worthy tribute to McCartney’s album on its golden anniversary.

4 comments on “RAM ON: A Tribute to A McCartney Classic”