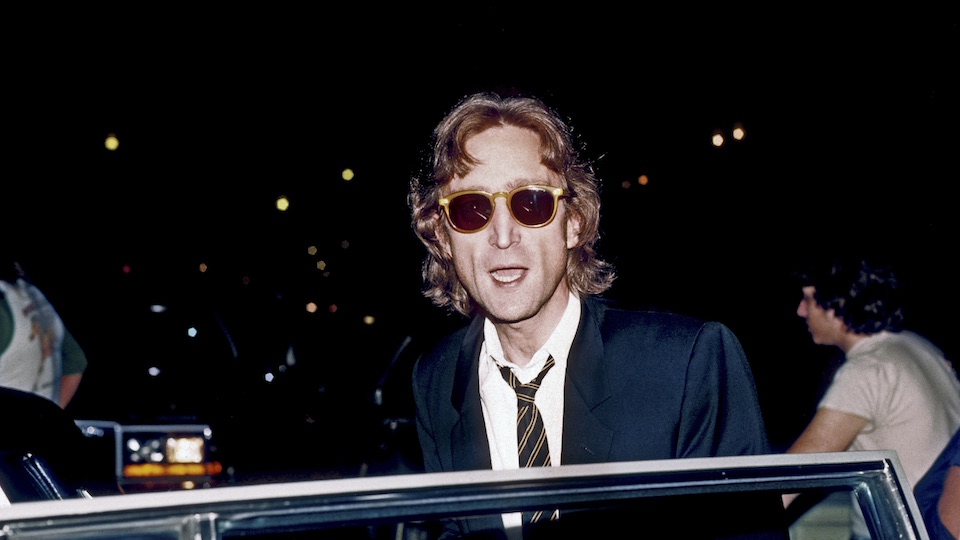 The following excerpt about the song “(Just Like) Starting Over” is from music journalist and regular CultureSonar contributor Jim Beviglia’s latest page-turning anthology Playing Back the 80s: A Decade of Unstoppable Hits, a collection of essays looking back at the stories behind the pop music of that time. Aside from this excerpt (focused on a John Lennon tune from Double Fantasy), the book also examines the work of such era-defining artists as Huey Lewis, Rick Springfield, Kim Carnes, and Eddie Money among many others.

“Just Like (Starting Over)” by John Lennon (from the album Double Fantasy, released in 1980)

John Lennon’s death in 1980 was one of the most impactful events of the twentieth century, something that stretches beyond the obvious effect that someone’s death has on the people who personally know them and love them. One of the side effects may have been that, by denying the world any hope for a true Beatles reunion, it forced innovations in rock and rock-leaning pop music after a tentative approach held sway in those genres throughout much of the 70’s. The Beatles were not going to come riding back in to usher in the same wave of musical energy that the 60’s embodied. It’s understandable then that the British New Wave, the ascendancy of Michael Jackson and Prince, and MTV all pretty much took hold in the immediate months and years after Lennon’s death; big doings had to fill the mammoth void.

Related: “The 10 Best John Lennon Songs You May Have Never Heard”

But Lennon left us with one more shining example of what made him so special with the album Double Fantasy, a joint effort with his wife Yoko Ono, the two trading off on songs. That what was meant to be his triumphant return turned out to be a bittersweet farewell is one of the harshest ironies music fans have ever had to endure, but at least he went out with something that was benevolent, wise and worthy of the towering standard of his previous work, with “(Just Like) Starting Over” as the perfect reintroduction to his unassuming genius and undeniable charisma.

For the album, Lennon assembled an impressive group of studio veterans to bring his songs to life, including Andy Newmark, who had previously drummed on sessions for bold-faced artists ranging from Sly Stone to David Bowie. Even though he was getting a call from an ex-Beatle returning to work after being out of the studio for five years, Newmark’s experience helped him keep the butterflies at bay. “I don’t think there were too many nerves because the players that were there were all asked to participate based on the way they played,” Newmark says. “So you’re basically getting paid to be yourself.”

Newmark had never met Lennon previous to the sessions. What he found when he arrived was a guy who loved being back in the thick of it. “John seemed to be in a very good mood,” he says. “I heard in earlier years he was a lot darker when he was getting high, but then, that would apply to anyone, including myself. He seemed very upbeat, happy and straight as an arrow. Aware, awake, tuned-in and just really excited to be making music again. And that was quite contagious and spread to all of us.”

The drummer also remembers that Lennon was very hands-off with the players, although he did give Newmark one specific piece of instruction: “His overall direction to me in general was ‘Andy, play like Ringo.’ And you couldn’t give me clearer instructions than that because I knew how he played and it was very familiar to the way I approached drumming. So I had my overall remit for the entire session: Keep it simple and play like Ringo. He said, ‘Ringo is my favorite drummer.’”

“(Just Like) Starting Over” is an example of Lennon’s unique ability to bring what he was hearing in his head to bear, even if it may not have jibed with typical pop song structures. The song begins with a dreamy solo section, kicks into a bluesy, Fats-Domino like shuffle, incorporates that opening into the main beat, endures a false ending, then triumphantly returns for the fade-out, Lennon’s vocal soaring into falsetto exultation. As a result, what could have been a straightforward track turns into something much more satisfying.

Newmark was a key component in this process. His snapping snare drums serve as the bridge from the intro to the first verse. And his mini-solo also heralds the song’s closing moments, although he was aided by some snare drum sampling, something he always cops to when asked. “A lot of people say to me, ‘Wow, that fill you played. It was like you had a third hand or something.’ And I have to say, ‘It wasn’t me, brother.’ There was a third hand and it was manufactured after the fact.”

Lennon, never the one to let things get overly somber, also seemed to be channeling a hero of his in the vocal. “There was evidence from day one that he was doing his Elvis Presley impersonation in that song,” Newmark recalls. “When he does that ‘Well-a, well-a, well-a,’ it’s no secret that it’s clearly Elvis.”

Newmark says that Lennon didn’t even realize just what he had in the song. “When we went into the control to hear it, we were just there in front of the mixing console listening to the playback. And I think everyone will agree it’s quite a perky, funky little groove. It has like a snap-your-fingers, sexy shake-your-hips groove to it that’s quite sassy. Different than all the other songs on the record.”

“I remember listening back to it and the playback was over and I looked at John and said, ‘This is special.’ Because, as a drummer, it had a vibe to it, setting aside the song’s content. If you took the vocals off that track, it’s still really grooving. So I was getting off on it in my own particular self-centered way. He looked at me and said, ‘Really, you think so?’

Related: ‘Imagine Remastered: Something to See and Hear”

“(Just Like) Starting Over” is fascinating for how it manages to be nostalgic and eschew nostalgia all at once. Lennon references the early days of his love affair with Ono, but also makes clear that things have changed, albeit for the better. “We have grown,” he sings in the opening moments, twice as if to emphasize it. It’s one of the most directly affecting songs he ever did as a solo artist, free of any burden to change the world, just two people “falling in love again.”

Of course, Lennon was too savvy not to know that people would hear it many other ways. There was the obvious import of this being his return to the public eye for the first time in what seemed like an eternity, especially in an era when rock stars were expected to churn out product on the regular. And Newmark says that it seemed Lennon was indeed leaning toward truly revving up his career again, and not just because he, Ono, and the band recorded enough material for almost two complete albums in their month or so together in the studio (the extra tracks would appear on the posthumous release Milk and Honey in 1983); Lennon was also hinting at a fuller schedule in the near future.

That we were deprived of that possibility is one of the myriad tragedies attached to Lennon’s death. Context makes “(Just Like) Starting Over” sound quite different than what it was intended to be. John Lennon meant that he was getting ready to start over with his music, his fans, and, most of all, his wife. Now we hear the title as what we all somehow had to find the strength to do in the wake of losing him.

-Jim Beviglia (Click here to order your own copy of Playing Back the 80s.)