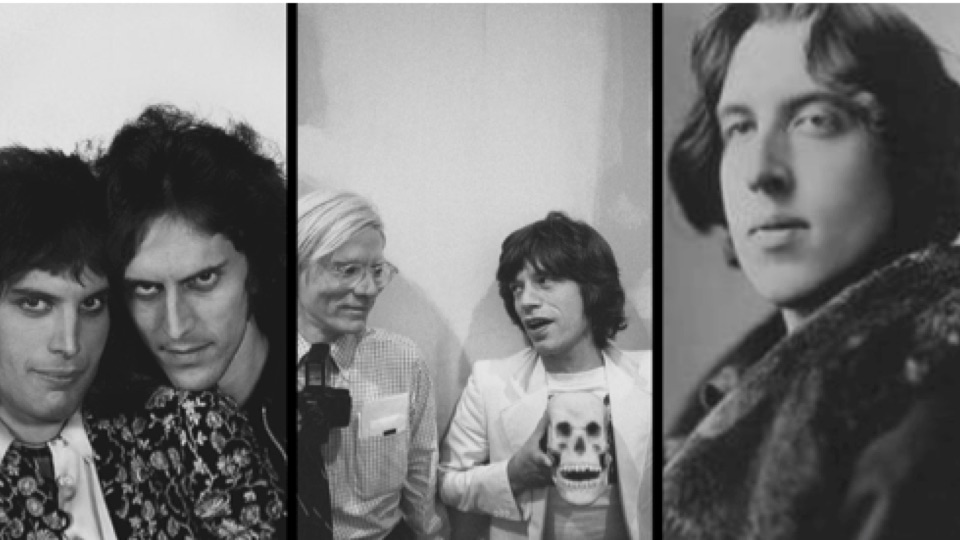 The rock n’ roll lifestyle might be the closest thing to the fountain of youth, and countless long-haired 20 somethings have wielded their cherry red guitars to claim that legacy. However, some of the greatest rockstars never touched a microphone or an instrument.

Most famously known as “The man who shot the 70’s” the London-born photographer Mick Rock had the perfect look and name to make it in the rock scene. Through his art, he demonstrates that you don’t need to be a musician to be a rockstar. Since the 1960s, Mick Rock has been taking the portraits of rock legend and groups such as David Bowie, Joan Jett, The Ramones, and Motley Crue among countless others. He has created a portfolio of iconic rock imagery. One of his most recognizable images is the Queen II album cover, which portrays the band Queen in a quadratic formation as their faces are illuminated. Rock’s style of photography blended in perfectly with the eccentric personalities of his subjects, which allowed him to become close with many of the most cultural polarizing figures of the past 50 years. He continues to work, photographing figures like Lana Del Rey and shooting a 2018 Gucci campaign.

Related: “‘Me and the Starman’: A People’s History of David Bowie”

Andy Warhol is well known as a pop artist, also being among the few iconic artists in history who would change the future of art in their own time. Not only was Andy Warhol an active and revolutionary artist, but he also became a prominent socialite in the rock scene during the ’60s and ’80s. His greatest contribution to rock was The Velvet’s Underground and their self titled album with the German model and singer Nico. The group was managed by Warhol and despite the album gaining very little recognition at the time of its release, The Velvet Underground and Nico is now known as one of the most influential albums of all time. Although it’s been disputed just how much Andy Warhol contributed to the album’s production, in Lou Reed’s own words:  “Without him… where would it have gone?” The legendary pop artist chose rock icons such as Mick Jagger, John Lennon, and Debbie Harry as subjects for his colorful portraits.

Androgyny, nationwide tours, flamboyant clothing, a rebellious spirit, and shoulder-length hair; this may sound like Mick Jagger, but this list actually describes the 19th-century Irish writer Oscar Wilde. Although Wilde was born almost 100 years before the existence of the Rolling Stones frontman, he has often described as being the first real “rockstar”. His flamboyant style which was in direct contrast with the uptight and uniform culture of Victorian high society made him a polarizing figure. Unfortunately, like many icons who deviated from the norm, he had a devastating and early downfall. In 1891, his homosexual affairs were brought to light and because homosexuality was still criminalized at the time, he was sentenced to two years for “gross indecency” in 1895. He would die only 5 years after this. In the glam rock cult-classic film Velvet Goldmine, Oscar Wilde is portrayed briefly as a young alien who has come to earth with aspirations to be a popstar, further showing the parallels between himself and the rockstars that would take over a century after his birth.