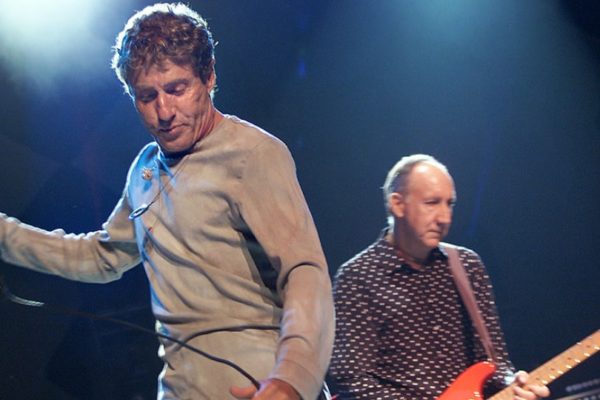 From the first time I watched The Kids Are Alright, I realized this was not your ordinary, by-the-numbers rock documentary. There was no chronology or even linearity to the events presented, no narrator or band member telling us why what we’re witnessing is important. It looked as if a random fan took their favorite Who live and TV moments from his collection and stitched them all together in a way that made sense to him. Upon reading more into the backstory of the whole thing, I found out that that was exactly what happened. The Kids Are Alright was the passion project of Jeff Stein, a fan with absolutely no previous filmmaking experience, who took it upon himself to create a representative video document of The Who from all the bits and pieces he could find. Chief leader Pete Townshend greenlit the idea when Stein pitched it to him in 1975 and then, by 1979, the project was released as both a film and an album.

Given the band’s 15-year legacy by that time, it’s safe to say that there was plenty of material to choose from. Right from the very start of the film we are welcomed by quite the bang, and I do mean that literally – the band’s performance of “My Generation” at The Smothers Brothers Comedy Hour culminating in Keith Moon setting off the dynamite that he had placed in his bass drum has to be seen to truly be believed. It made Townshend start losing hearing in one ear, but it also solidified The Who’s reputation as the world’s most dangerous, loud and unpredictable group. Later on, there’s the rendition of “A Quick One While He’s Away” at the Rock and Roll Circus (a Rolling Stones-organized event) that is simply the textbook definition of how to perform a song live. The original was ambitious all right, but here the band takes the stage with a level of sheer excitement and infectious energy that take it up a notch and then some.

And Tommy was never to be the same after the Woodstock concert. Watch the “See Me, Feel Me/Listening to You” performance here and you’re basically witnessing the album come alive, with Daltrey morphing into that operatic, long-haired, lion-roared front-man that he’s known as today. Even their last concert with Keith Moon from which the closer “Won’t Get Fooled Again” is taken still has that spark of magic – the performance may be a bit tired and rusty, but the climax with Roger’s “YEAAAAH!” shout and Pete sliding down on his knees (kudos to the editor for slowing the part down) has not become iconic for no reason.

However, the crucial aspect of The Kids are Alright (and ultimately, of The Who as a group) is to realize that the parts in-between the classic performances are just as important. Here is where Stein’s approach truly shines – he lets the band tell its own story through interviews, conversations or just the members messing around. Some bits are insightful, some hilarious, others plain silly; but what matters is that they all form a much fuller picture of who the band really was. It feels real watching Keith destroy a hotel room back-to-back with Pete talking about what rock ‘n’ roll means to the fans, you know? The Who were never a one-dimensional band – they could rock the hardest and then turn around to write the most sensitive ballad; they could release an 80-minute rock opera followed by a 3-minute single based on a sexual metaphor. And all of those sides are captured perfectly in The Kids Are Alright.

Photo: The who by Scott Gries/ImageDirect

PS. For another perspective on The Who, check out our interview with their former tour manager. Plus, you may also enjoy our post on some other rock documentaries by legendary director Martin Scorsese.

0 comments on ““The Kids Are Alright”: Not Your Ordinary Rock Doc”