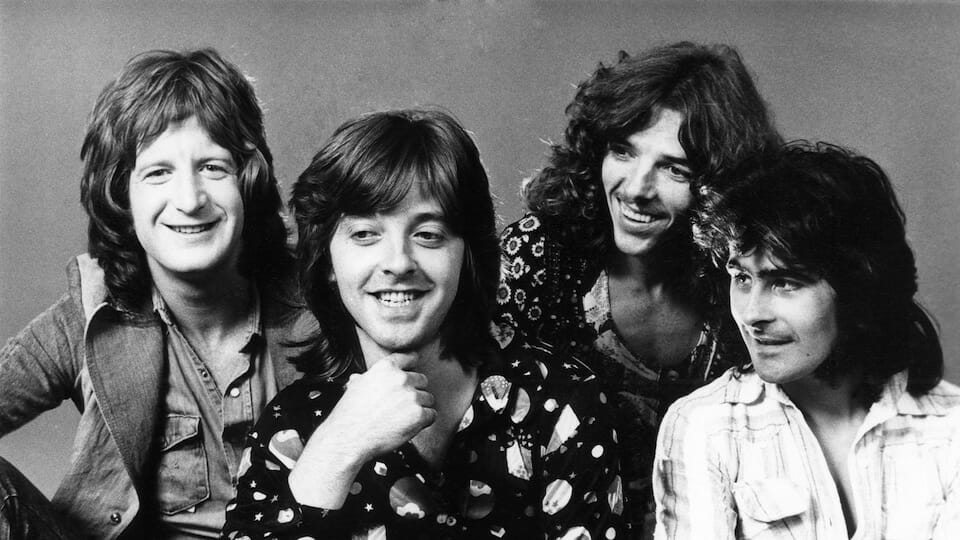 Badfinger — the band that first found fame with the Paul McCartney-penned “Come and Get It” — was riding high in 1971 following the recent release of its well-received album No Dice on the Beatles’ Apple label and its breakout hit “No Matter What” (written by band front-man Pete Ham). But when the band returned to the studio to record their follow-up, no one could have anticipated the twists and turns it would take to complete this next project. Working at first with Geoff Emerick, the producer-engineer for No Dice, who’d also worked on the Beatles’ Revolver and Abbey Road, the band was under a super-tight deadline, what with a pending US tour.

Yet despite the intended quick turnaround, when the completed tracks from the sessions were presented to Apple execs, they were uniformly rejected. Even a remix of “Name of the Game,” drawing on the talents of Phil Spector (working for the label at the time) and George Harrison, who was looking to repackage it for release as a single, was turned down. Eventually, six of these discarded tracks would be re-worked for Straight Up while a few more would be generated from scratch and added to the tracklist, but only after the band spent even more time in the studio. For much of the next phase on the album, Harrison worked closely with the band to help them craft their sound, even going so far as to sit in on a couple of tunes — playing guitar on “I’d Die Babe” and participating in a slide guitar duet with Ham on “Day After Day.” That memorable tune, which also featured piano work from Leon Russell, became the band’s biggest US hit.

But just as things were coming together for Badfinger, Harrison got pulled in another direction, making preparations for the Concert for Bangladesh and the live album and concert movie which followed that legendary event at which Badfinger had actually performed. Busy with these concerns, Harrison told the members of Badfinger that he wouldn’t be able to finish his work on the album, so Apple then brought in Todd Rundgren. The multi-talented Rundgren fostered the band, as they fine-tuned some songs, including Ham’s Bangladesh tribute “Take It All” while also assisting them as they re-recorded several tunes from the previous sessions. One of the new songs that resulted was “Baby Blue,” written by Ham as a tribute to a girl he’d dated during the band’s US tour. (While a hit for the band at the time, this song is now best known for its use in the series finale of Breaking Bad.)

There were some other new songs completed during this period such as guitarist Joey Molland’s rocker “Sometimes” and now-bassist Tom Evans’ elegiac closing track “It’s Over.” What had been a drawn-out process was wrapped up in a mere two weeks with Rundgren. The results are remarkable. While the band members sometimes clashed with Rundgren during their sessions, there’s no doubt he was a key factor to the record’s success. His polished production and pop sensibilities combined with the excellent songwriting and instrumentation to create an acknowledged power pop classic.

8 comments on “The Crooked Path to Badfinger’s “Straight Up””