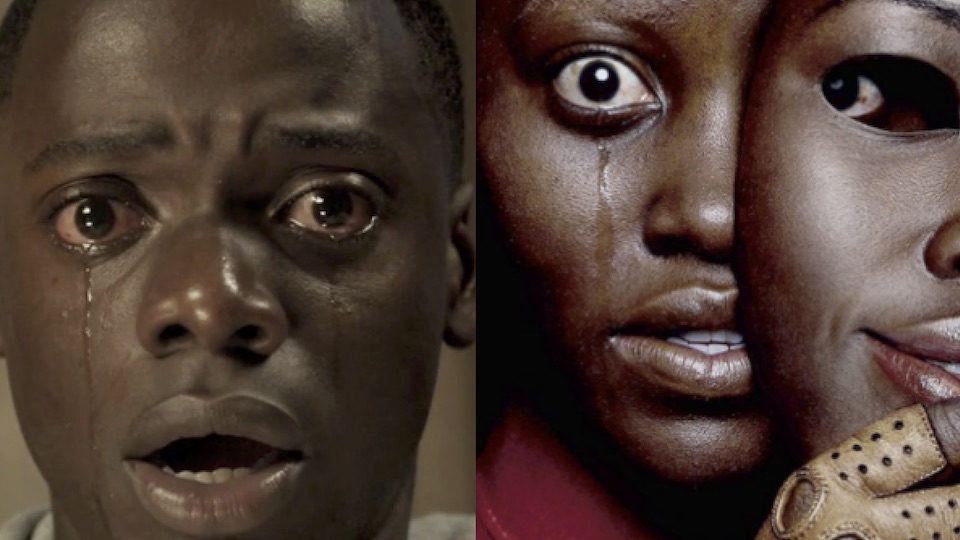 Filmmaker Jordan Peele, the visionary behind recent hits Get Out and Us, is now the standard bearer of a cinematic movement a long time in the making. The 40-year-old has brought an immense amount of exposure to gifted African-American actors and filmmakers, spurring creativity, studio acceptance and a rejection of longstanding tropes.  Now he’s staking his claim on gripping black horror movies – ones that often conquer age-old tropes that had previously confined African-American actors to supporting or villainous roles.

Peele has consistently given his diverse casts pivotal arcs and substantial screen time – think Oscar nominee Daniel Kaluuya in Get Out, the discovery of Lil Rel Howery in the same film, or the captivating Lupita Nyong’o in Us. Peele’s artistic touch is pervasive, and with backing from major studios, he continues to pave the way for a steady widening of the genre.

Peele, who ventured to psychological horror from sketch comedy, is proving with every new entry that the “Black Horror” genre stretches far beyond stereotypical caricatures and instead blends distinguishable vision with commercial and critical success. (Get Out pulled in $255 million at the box office, while Us hauled in nearly the same.)

Texas A&M University Vice President and Associate Provost for Diversity, Robin R. Means Coleman, recently opined that Hollywood is in the midst of a “golden age for black horror films.” In a column for The Conversation, Means Coleman wrote, “Glimpses of blackness faded as many horror films in the 1980s, 1990s, and 2000s reverted to well-worn tropes. In some, like The Shining and Annabelle, black characters operate as the ‘sacrificial Negro’ who dies to save a white character’s life. Then there are the dozens of films, like 1987’s Angel Heart and 1988’s The Serpent and the Rainbow, in which black characters appear as wicked Voodoo practitioners.”

Peele, who has drawn inspiration from an eclectic mix of films like Night of the Living Dead, Nightmare on Elm Street 3: Dream Warriors, Dead Again and others, brings stunning production values, effective dialogue and utter creativity to his films, proving that art is not and should not be color blind.

Peele has also had the foresight to absorb cultural highlights from film’s stormy past, paying homage to standout characters and propelling his to new genre heights – namely, survival. (Again, think Kaluuya’s character in Get Out.) For instance, Means Coleman also points out that the fate of Ben (Duane Jones) in Night of the Living Dead influenced Peele’s Get Out screenplay. While Ben survives that initial scuffle, he’s killed by white law enforcement. That notion is flipped on its head in Peele’s 2017 effort.

Peele has also stepped into a co-creator role in a reboot of one of the most recognizable and game-changing horror anthology series, Rod Serling’s The Twilight Zone. Alongside Simon Kinberg and Marco Ramirez, Peele has taken the reboot to an on-demand, streaming generation, putting forth thought-provoking episodes on CBS All Access. Peele’s reimagining – far more inclusive – is just one element of his wider contribution (in a relatively short period of time) to film and TV.

Peele also has numerous projects in the works – some are production credits, others are acting roles – but it is likely that his most profound contribution to date is his, simply put, his unflinching character, zest for the screen and the progress he’s helped spearhead.

Without a doubt, other gifted visionaries will continue this momentum – shepherded by a generation of talented actors, realistic and fantastic storytelling, and everything in between.

Of course, Peele does not stand alone, nor has he introduced an entirely new concept – as his films are, still, a tapestry of culture, race, and customs brought to mainstream audiences over the years by political activists, policymakers, journalists, enterprising filmmakers, academics, moviegoers and many others.

Photo composite from Get Out and Us

0 comments on “Black Horror Movies: The Magic of Jordan Peele”