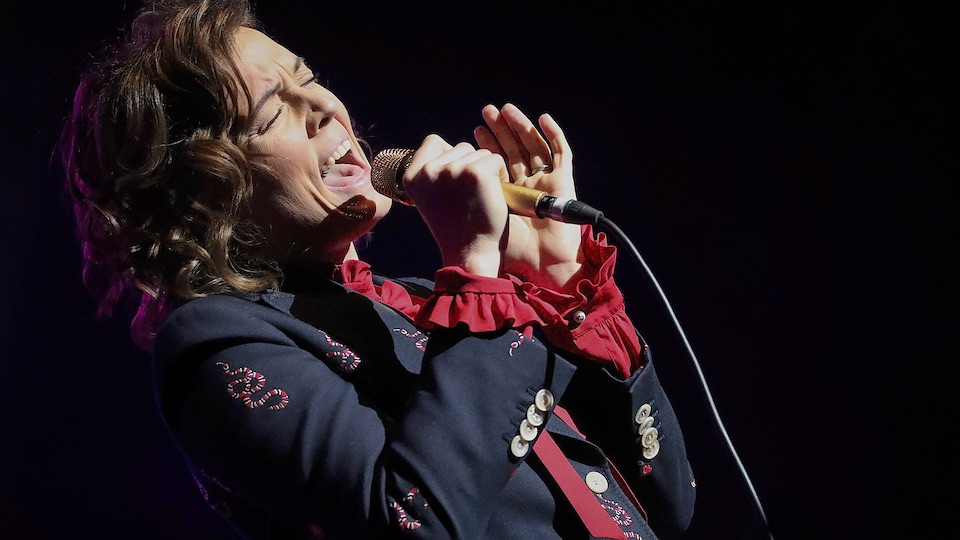 Brandi Carlile is a name that sounds familiar –though you may not know why. Her fans may act a little surprised, because the arc of her career has been 45-degrees-upward since her self-titled debut album in 2006.  And her style? Folk? Rock? Country? Yes, yes, and yes. Some have described her voice as similar to that of a young Bonnie Raitt; in this world of auto-tuned, compressed vocals, Carlile is a welcome return to actual singing. Her vocals are perfectly in tune, even while sometimes crackly, or in falsetto, or rising skyward, but still completely authentic. Comfortable performing with only an acoustic guitar or backed by screaming guitar solos, it’s hard to find an analog for her.

Born in 1981 near Seattle, she showed a talent for singing right out of the gate. Before she hit double digits, she was performing alongside her mother; by her teens, she was writing original songs. Carlile soon dropped out of high school, taught herself a few instruments, and with her backing band (that includes twin brothers Tim and Phil Hanseroth) started playing Seattle clubs. Her eponymous debut album drew attention across the music industry with positive reviews of her storytelling style, country leanings, and rock clarity.

Since then, it’s only been 18 Grammy nominations, eight albums, a country-leaning “supergroup” called the Highwomen, collaborating with Soundgarden in place of the late Chris Cornell, and completing an autobiography. She’s never paused other than to marry and raise her two young children.

But the most important thing about Carlile is her music, even more, her lyrics.  Her lyrics are often forlorn and painful, or celebratory, or rebellious, or heartfelt – but they always pack quite a punch.

Most recently, listen to “Broken Horses” from These Silent Days.  A solid, rock song that pulls together elements of the Eagles, Keith Urban, and even Zeppelin. This SNL live version of the track is awesome.

Queue up “Raise Hell” from her 2012 album Bear Creek and get ready for the female version of Johnny Cash.  This driving acoustic tune tells you all you need to know about the singer.

For something a little more power-chordy, listen to the title song of 2007’s The Story. Brandi has borrowed from the 1990s grunge scene the classic in-song switch from driving guitars to stripped-down vocals back to distortion city.

There’s so much power in her voice that it even breaks near the middle of the song, but it works.  It’s a love story that ends with the definitive conclusion “Oh well, it’s true, that I was made for you.”

Honestly, I only recently discovered Brandi Carlile, and that’s a damned shame because she’s been singing her heart out for over fifteen years. My first exposure to her was on the Saturday Night Live clip referred to above. I asked my twenty-something daughter who that was and once the shock wore off, she educated me. That led me to listen to every bit of music Carlile’s released, including videos of her performing at the Kennedy Center Awards and other live shows. I was not let down.  Check out Brandi Carlile for yourself and enjoy the talent. Better yet, go see her live.

4 comments on “Brandi Carlile: Country, Rock, Soul… & All Her Own”