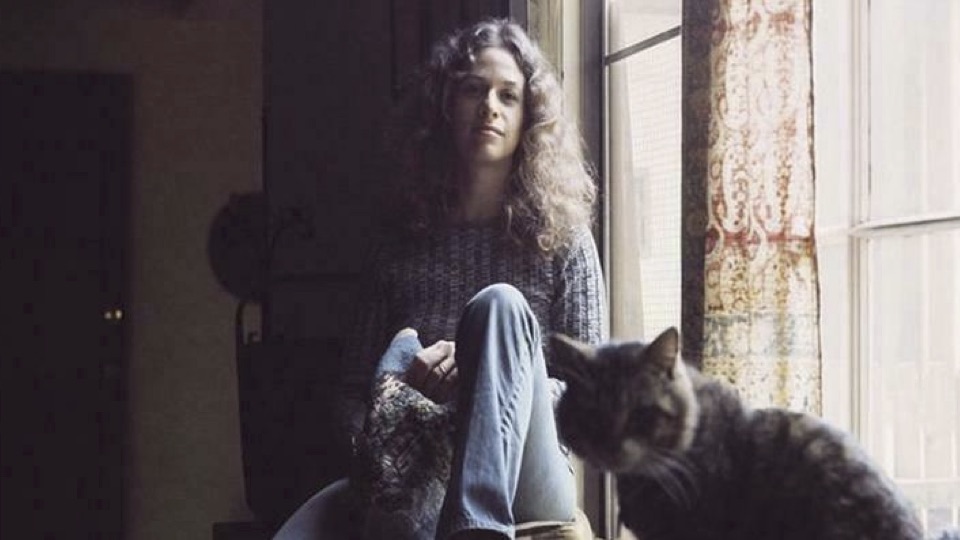 In the fast-paced freneticism that brought the world from the counterculture of the seventies to the economical prowess of the nineties, Carole King’s Tapestry was (sort of) relegated to the bygone realms of pastoral pop. But King’s second (and greatest) album emerges this month for its 50th anniversary with a solemn promise that better fits a world that has seen too many heartaches from the edges of their living room.

What’s most clear about Tapestry is how confident it sounds. As with her Writer, the focus, feeling, heart, and soul are all placed on the songcraft.

Combined with the back catalog that launched sixty-one hits into the charts, King sang with a frailty unheard amongst the echelons of seventies rock. The title track, “Tapestry,” is the lyrical vignette that served as a manifesto for the tone that the rest of the album would follow:

“My life has been a tapestry/Of rich and royal hue/An everlasting vision/Of the ever-changing view.

As a younger musician, King had written many of the standards heard in live sets by The Shirelles and Aretha Franklin (among others), many written in conjunction with songwriting/marital partner, Gerry Goffin. Together, Goffin and King were prolific. King guided fellow female artists to deliver the material with a truth that was as much theirs as it was hers. Following a separation from Goffin, King made the move to Laurel Canyon, where studio work gifted her the chance to present her material as a solo artist. Tapestry proved a move into more mature terrain, just as popular music was journeying down a more intellectual direction.

Listeners had the chance to check out a more domestic-sounding record. No less a clue could be found by virtue of the album’s portrait, essaying a woman sitting beside her pet in a terraced window. There, in the comfort of her own home, King exposes herself as the woman behind the standards that made the sixties so spectacular.

After a quick run through the scales, King transforms “(You Make Me Feel Like) A Natural Woman” from a soaring anthem, into something more immediate and identifiable. “I Feel The Earth Move” carries this blueprint, soaking listeners in a world free from the shimmering production values that made up the radio airplay of her earlier hits.

And then there’s “Will You Still Love Me Tomorrow,” furnishing the bonds that can never be unbroken, even in divorce. Each song carries an emotional centerpoint, revealing a portrait of a woman on the edges of a great discovery.

In direct contrast to the recording processes many male colleagues pursued, King completed Tapestry in an impressive four-week stint. Encouraged by songwriters Joni Mitchell and James Taylor, King finished the record at Studio B, A&M Recording Studios, just as Taylor was putting the finishing touches to his own signature work, Mud Slide Slim and the Blue Horizon. (Taylor utilized many of the same session musicians that played on Tapestry, and indeed recorded “You’ve Got A Friend,”  and by doing so, earned a tasty Billboard #1.)

When the drama kicks in, it kicks in with a vengeance, as heard on the powerful two punch “So Far Away” and “It’s Too Late.” There, casting out the demons that shackled her to the whims of an undeserving lover, King sings for the many women fighting for an unvarnished truth molded on their experiences. Despite the many girl bands whose voices are referenced, Tapestry is less a decorative foray into the female psyche, and more a piercing feminist apotheosis. Ushering in the wheels that had brought her to this point of her trajectory, King presides over the material with magnetism and confidence. Thrown headfirst into the anger, King emerges a more assured character on “Where You Lead,” a track that was later re-purposed for the sparky Gilmore Girls. By then, the focus had changed from an essay about lovers, to a song about mothers, but not at the expense of the original’s sentiment.  These moments are so potent, particularly when woven together as one tremendous voice.

Tapestry won “Album of The Year” at the 1972 Grammy Awards, as a work that appealed to persons of all ages, genders, and ethnicities.  Amidst the rock solos that brought listeners on a heavenly stairway or the protracted keyboard solos that made up much of The Who’s content, came a sparser work that ultimately won the hearts of the millions who bought it. Fifty years later, it’s safe to call Tapestry a triumph of emotion and most of all, a classic that stands more in keeping with modern virtues, than those found in the seventies.