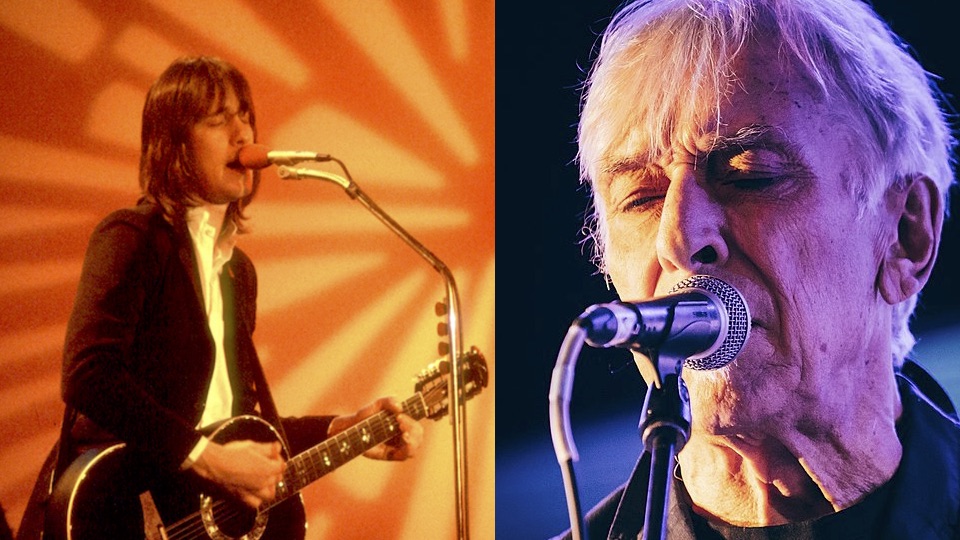 Baseball scouts grade major league prospects on five aspects of the game: hitting, hitting with power, running, fielding and throwing.  A “five tools player” (i.e., Willie Mays and Mickey Mantle) with longevity lands in the Baseball Hall of Fame.  The same can be said about “four tool” musicians who can play, sing, write and produce (i.e., John Cale and Todd Rundgren) who also landed in a Hall of Fame. Granted, talent-wise, Cale is arguably not in Todd’s league as Rundgren’s recording resume includes his majestic “I Saw the Light” (that reached #16 in the charts) and “Hello, it’s Me (#5).”

Alas, Cale’s solo career mirrored his past group (Velvet Underground) in that having a pocketful of rabid fans does not translate into having pockets full of cash.  But on the producing side, Todd and John can boast that they kick-started some long-running (and still running) careers.

In Cale’s case, he produced the legendary debut albums of Patti Smith and Iggy Popp.  But like the protagonist in Dylan’s “Shelter from the Storm,” John was “repaid with scorn” by both artists. For example:

After Cale had mixed The Stooges album, Iggy and Jac Holzman (Electra label president) decided that they had the final say—and mix.  Cale’s version was finally released in 2005 on a CD reissue.

Yes, Cale was a four-tool artist but Patti Smith thought he was an out-of-control tool when he produced her stunning Horses.  Patti recalled: “My picking John was about as arbitrary as picking Rimbaud.  I saw the cover of Illuminations with Rimbaud’s face, y’know, he looked so cool, just like Dylan.  I looked at the cover of (John’s 1974 album) Fear and I said, ‘Now there’s a set of cheekbones.’  But I hired the wrong guy. All I was really looking for was a technical person.  Instead, I got a total maniac artist.”

Smith believed Cale brought nothing to the table, but John felt he brought “an axe.”  He explained: “That band was a family.  Then I came in swinging an axe and saying we’ve got to change the instruments you’re playing, get a bunch of instruments that aren’t warped–because they were always out of tune.  You don’t interrupt the love a musician has for his instruments then someone comes along and says you have to play this one.  And they did fine.”

But Cale’s production wasn’t fine with the band Squeeze, who got their name from the lame, Lou Reed-less Velvet Underground album, Squeeze.  Singer/songwriter Glenn Tilbrook noted of their Cale-produced debut Squeeze: “He told us to write new songs–which we did.  He was an inspirational guy to work with, but I felt that it was almost like we were writing for what he wanted rather than what the band itself was.”

But John had his admirers; including a V.U. fanboy, Jonathan Richman, who wound up having Cale produce his first effort for Beserkely Records (which was licensed by Warner Brothers).  On a 2013 episode of WTF with Marc Maron Cale recalled, “I remember Jonathan would come to the Boston Tea Party (a Boston concert venue that frequently booked the Velvets).  He had this persona just like Iggy.  I was going for personalities not so much for hits.  I didn’t make myself any fans at Warner Brothers doing that.”

In contrast, Rundgren has been knocking out hits since he was 18, when he and his band, Nazz, released the stellar “Open My Eyes” single.  But it was the group’s second album that led Todd on the road to being a storied producer, as he told interviewer Mitch Gallagher in 2018: “On our second record, I decided I wanted to produce it myself.  And I essentially learned to engineer by mixing the project and did that effectively enough that I got hired by Albert Grossman (Dylan’s manager and owner of Bearsville Records) where I engineered Stage Fright (The Band’s third album).”

His producing career was soon off and running, which included overseeing the shambolic New York Dolls, via their debut, New York Dolls.  During the recording sessions, Todd must’ve constantly heard the title of his hit double album when guitarist Johnny Thunders would mumble to his fellow junkie, drummer Jerry Nolan: “Ya holding ‘Something/Anything?’”

Todd had better times overseeing Halfnelson’s debut; a name that was changed to Sparks. As lead singer Russell Mael admitted in The Sparks Brothers documentary: “No Todd Rundgren, no Sparks.”

And no Rundgren, no Meatloaf, and no Bat Out of Hell; the best-selling debut album (44 million and counting) ever.  The material interested Todd because he saw it as “a spoof of Springsteen.”  He explained: “It was annoying to me that Springsteen was being declared the savior of rock and roll.  He was on the cover of Time and I thought, ‘This music is going nowhere.’  He may represent the image that people want, but from a musical standpoint, it’s going backwards.  Max Weinberg and Roy Bittan from the E Street Band wound up playing on the record, so that kind of made it even spoofier.  But I don’t think I instructed them in any way to think of it differently than they would have otherwise.  But quite obviously they were cast because they could bring that ‘Springsteeniness’ to the whole project.”

Todd would later be connected in a round-about way to Bruce when he connected with Karen Darvin–who was Springsteen’s paramour for two years.  The Karen and Todd production lasted seven years and produced two children.

No word if Karen ever said she had grown tired of Todd’s Rundgren-iness.

0 comments on “John Cale and Todd Rundgren: The First Were The Best”