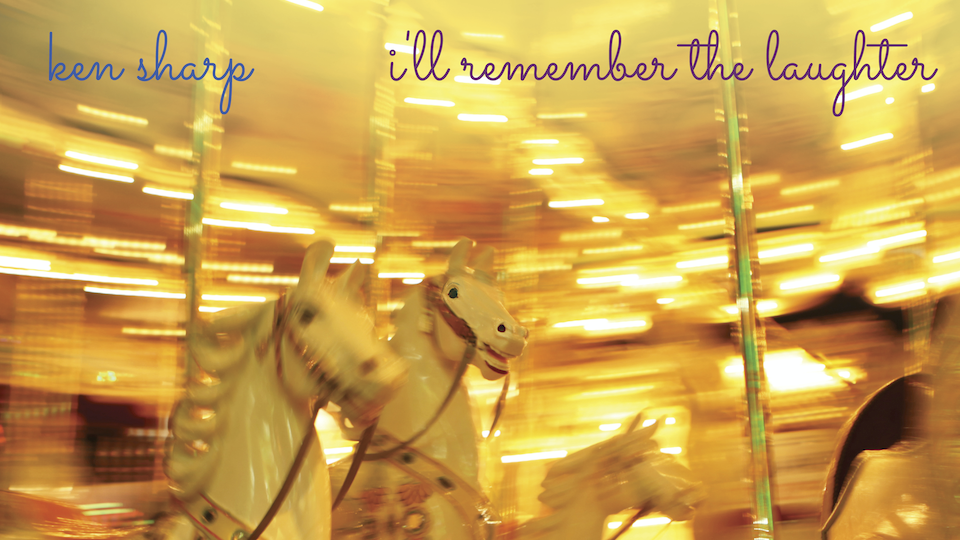 Ken Sharp’s I’ll Remember the Laughter makes for a powerful followup to the singer-songwriter’s 2021 LP Miniatures, a paean to the beauty inherent in bite-sized songs.

Sharp enjoys renown as a longtime music journalist, having authored such bestselling books as Starting Over: The Making of John Lennon and Yoko Ono’s Double Fantasy and Elvis: Vegas ’69, among a host of others. When he’s not sitting behind his keyboard, Sharp is equally comfortable behind the microphone, having served as the opening act for such artists as John Waite, David Cassidy, and the Babys, while headlining Hollywood’s famed Troubadour.

Over the past few years, the musician has seen his productivity absolutely skyrocket. “Like most people,” says Sharp, “the pandemic turned my world upside down, but in that isolation, I was deeply inspired and found solace in writing and recording my music, and this robust productivity spurred the creation of some of my best music.”

And he’s not kidding. As with Miniatures, Sharp’s new LP finds him turning out one catchy tune after another. With I’ll Remember the Laughter, Sharp reverses direction, contrasting Miniature’s lightning-quick morsels with a double album’s worth of new material.

A multi-instrumentalist, Sharp plays virtually all of the music himself, save for the work of his collaborator Fernando Perdomo, who provides drums and percussion. The album features a number of special appearances, including the work of Roger Manning (Jellyfish) and Rob Bonfiglio, and Probyn Gregory from Brian Wilson’s touring band.

For “Comic Book Heroes,” one of the album’s standout tracks, Rick Springfield turns in a rollicking guest appearance on vocals. In addition to “Comic Book Heroes,” originally composed by Springfield, Sharp runs through an assortment of cover versions, including sizzling takes on the Who’s “The Kids Are Alright” and Davy Jones’s “Girl.” KISS fans will especially enjoy Sharp’s rendition of “Mr. Make Believe,” a deep cut from Gene Simmons’s 1978 solo record.

As always with Sharp, music lovers are in for a variety-filled musical journey, as the songwriter offers a veritable tour among such genres as power pop, Phily soul, glam rock, psych-pop, big ballads, R&B, baroque pop, and folk. With 50 new songs, the double-CD set is chockful of Sharp’s signature sound—a unique blend of unvarnished sincerity accented by top-flight musicianship. Music lovers need look no further than “Philly Get Back,” a sizzling entrée into Sharp’s unparalleled sonic universe.