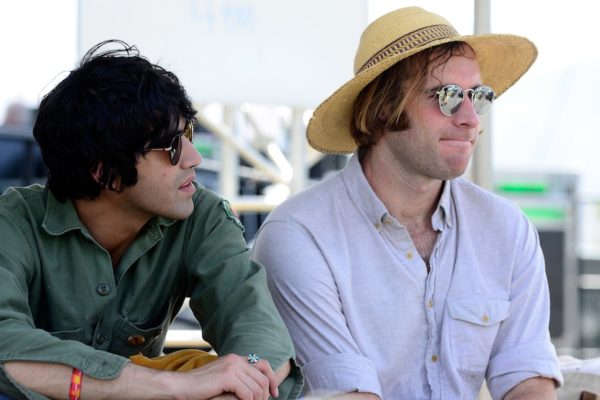 Not long ago we shared a short tally of 2016 albums by artists bringing a ‘60s influence to the fore. But what we neglected to mention at the time was that we were just getting started. Looking back at last year from this year, we thought we’d grab the opportunity to underline the efforts of a few more‘60s-embracing artists who unleashed some top-shelf tracks from the past dozen months. Some of them are newbies, while others have been slogging it out for decades, but they all share the kind of gravitas that can only be gained by paying careful attention to the past. And most importantly, they all find a way to make it work in the present.

This L.A. bunch is best known for crafting a sultry, reverb-bedecked sound that offers up echoes of dreamy Southern California days bygone, coming off more like a band that would have been mainstays on the Sunset Strip some five decades ago than one that began when a bunch of record store employees got together in 2008. There’s no shortage of the aforementioned dreamy sounds to be found on their latest album, but on “Could Be You” they take an intriguing detour into Velvet Underground territory as well.

Put U.K. duo Jack Cooper and James Hoare down as the torch-carriers for a gently psychedelic sound championed through the 2000s by regrettably MIA Brits The Clientele. Like them, Ultimate Painting combines hushed, ethereal vocal harmonies with hypnotically chiming guitars that hint rather overtly at a Byrds influence. But even beyond that, calling one of the tunes on their third album “Song for Brian Jones” makes it pretty clear where Ultimate Painting’s heart is at.

While we’re keeping score of ‘60s influences, let’s not forget that the decade was about much more than just fuzzed-out guitars and wah-wah pedals. Austin, TX trio Charlie Faye & The Fayettes tap into a rich musical lode that encompasses Phil Spector-produced girl groups, vintage Motown, mid-‘60s pop sirens, and more. And on their self-titled debut album, they channel all those inspirations into a batch of insanely catchy tunes that have no trouble whatsoever speaking to the present moment.

4. Cleaners From Venus’ Last Boy in the Locarno (Soft Bodies)

Martin Newell has had about three and a half decades worth of practice at channeling ‘60s sounds into something contemporary. He began doing it with Cleaners from Venus (which has often been him and one other person and frequently just him) in the early ‘80s, when the musical climate was a lot less hospitable to such things. He’s been churning out brilliant under-the-radar DIY albums full of quirky, wistfully melodic Kinks/Beatles-inspired sounds at a steady clip ever since, and his 2016 offering is the latest in a long line of gems.

Los Angeles-based singer-songwriter Kayla Cohen has been operating under the Itasca banner for a while, but Open to Chance is the first album to find her working under that name with a full band. There’s no need to fret about them overpowering her subtle sound though; instead, their nuanced accompaniment amplifies everything appealing about her sound. Cohen’s gently twirling acoustic guitar arpeggios, evocative lyrics, and cool-mountain-stream vocals conjure up images of the golden age of Laurel Canyon folk-rock troubadours.