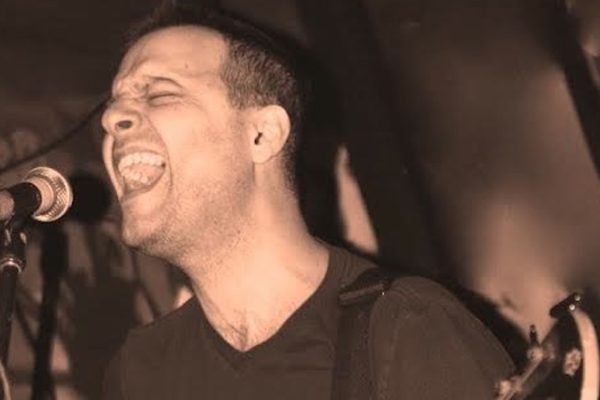 Here at CultureSonar, we consider ourselves enthusiasts as much as critics when it comes to music, movies, television, and books. But sometimes — especially when it comes to rock n’ roll — we’re actually practitioners too. We don’t just love bands, we’re in them. With that in mind, we thought we’d take a moment to celebrate the musical careers of a handful of our current contributors. You’ve checked out their writing. You’ve seen their bylines. Why not take a moment to check out their tunes as well?

John Montagna
There’s a reason why we consider Montagna our resident bass expert and it’s not just because of his posts on killer bass lines from the Beatles or from ‘80s pop. It’s also because he’s an accomplish bassist himself whose original music has been repeatedly praised by Bass Player magazine. Of his five-song EP Senza (2007), they wrote, “every tune on here is a special treasure…”; of his digital-only LP Late to the Party (2016), “a smart collection of pop songs.” Previous bands have included the Alan Parsons Live Project, Four Eighteen, and Francis Dunnery Band, but the Brooklyn singer-songwriter is now putting together a new line-up. Whether it’ll propel him to the Plaza Madrid, an audience of 20 thousand plus a Spanish broadcast is anyone’s guess but given that he’s been there before, we wouldn’t put it past him.

Will Wills
Although he’s covered Aerosmith, The Police, and The Monkees on behalf of CultureSonar, Will Wills has been known to cover even a broader range of musical acts when it comes to performing with his tribute band Wills and the Ways. Based in Central Florida, his group has been known to take on the likes of Bruno Mars, Maroon 5 and even Justin Timberlake whether they’re the opening act of the Heathrow Arts Festival or a featured act at the Give Kids the World annual gala at Orlando’s Waldorf-Astoria. If you’re looking to check out Wills in action, he most often gigs at Victorio’s Oyster Bar in Longwood. Which one is he? He’s the one playing guitar. No, the one playing harmonica. No, the one playing synthesizer. No, the one playing banjo. No, he’s leading the rap on Pitbull’s “Fireball.” Yeah, the guy’s got range.

Matthew Greenwald
Readers of CultureSonar will know him as Matthew Greenwald but when he’s performing roots music with Greg Berg, he’s better-known as one half of the rockin’ duo The Mojo Two. Whatever you choose to call him, he’s not shy about sharing his band’s influences (Steve Winwood and Tom Waits) as the two are in the midst of putting together their first LP (Adventures In Low-Fi) which will likely feature covers of Arthur Lee and Lee Hazelwood as well as some original compositions they’re whipping together in a basement in San Clemente. If you want to hear The Mojo Two in action now… like right now, check out their EPs Shovelin’ Coal or The Ghost of Miss Simone or head on over to their website and watch a video.

PS. To learn more about the rest of the CultureSonar team, check out our editorial masthead.

3 comments on “Musicians Who Write, Writers Who Rock”