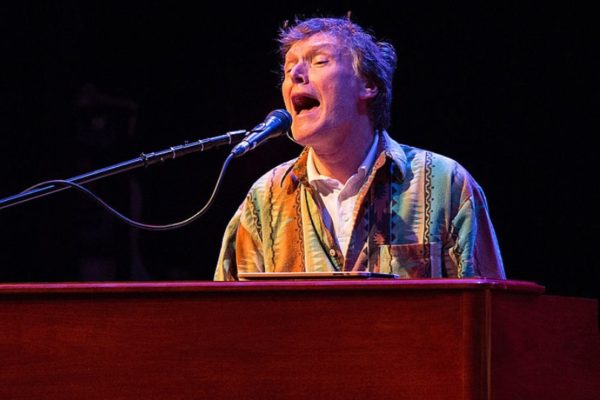 It’s hard to believe, but Steve Winwood had not released a solo live album before Greatest Hits Live, which means it truly delivers what the title suggests — plus a whole lot more than that. Almost all of the 23 tracks of many familiar tunes feature fresh updates in the arrangements, providing the listener with a wholly fresh experience. Harmony vocal lines are performed by the sax (“I’m A Man”), piano riffs transfer to guitar (“Low Spark of High Heeled Boys”) and on and on. By reinventing his catalog, Winwood redefines himself as a musician, which is no small feat these days.

Credit must be given here to the band, which has been in place for nearly 15 years. Winwood based his current group on the early ‘60s jazz/R&B organ trio format, with the seemingly incongruous absence of a bass guitar. The bass is provided by Winwood on the Hammond organ’s pedals (known as ‘kicking the B’) which proves a wonderful trick by providing an incredible amount of space for the other instruments. These boys really have to play to make it work, and indeed they do on every track. Jose Neto’s extraordinary guitar work engulfs the album with dynamic shifts from Bossa Nova chording to funk rhythms plus some epic solos on numbers such as Traffic’s luminous “Rainmaker” — one of the albums’ finest moments. Horn player Paul Booth, likewise, colors the selections brilliantly with some seriously jazzy flights on the aforementioned song and “Fly” especially. And on all the album’s cuts, Richard Bailey and Edson Da Silva make for a fabulous rhythm section, delivering a cross between Afro-Cuban funk, jazz, R&B and rock.

Throughout the record, one is again reminded of Winwood’s abilities as a multi-instrumentalist, as well as his status as one of the finest rock singers of the last half-century. While his voice occasionally is reaching on some of the higher notes (and he hits all of ‘em, friends), there remains a soulful, powerful quality to all of his interpretations. His vocal on “Pearly Queen” alone removes all doubt as to the majesty in this man’s voice.

Due to his ability as a singer and keyboard player, Steve Winwood is frustratingly underrated as a guitarist. Hopefully, this album will help right this wrong, with an intense guitar onslaught of the Traffic evergreen “Dear Mr. Fantasy” and the Blind Faith classics “Had To Cry Today” and “Can’t Find My Way Home.” His organ performances on a cover of Timmy Thomas’ “Why Can’t We Live Together” and the set-opener, “I’m A Man” reestablish him as one of the finest keyboardists to take on the Hammond B3.

Another nice surprise is “Back In The High Life” — led by some excellent mandolin playing by Winwood, especially in the minor-key shift towards the end of the song. From the same ‘80s time period, he also offers up a reworked version of “Higher Love” that is quite at home in this more intimate orchestration which converts the original synth lines to Paul Booth’s smartly executed sax reinvention. You really get to hear the core of the song, minus the somewhat overbearing pop sheen of the original. Frankly, it’s a revelation.

Regarding the second disc, the ’94 Traffic cuts are outstanding. Some may squawk about the earlier-recorded tracks as too slick and busy in places — not unlike the 1980’s decade in general — but in the end, you can simply flip the script and view the second disc as a bonus. The core of this Greatest Hits Live is rightfully the first disc, where Steve Winwood re-imagines his epic catalog in stylish intimacy, authority and elegance.