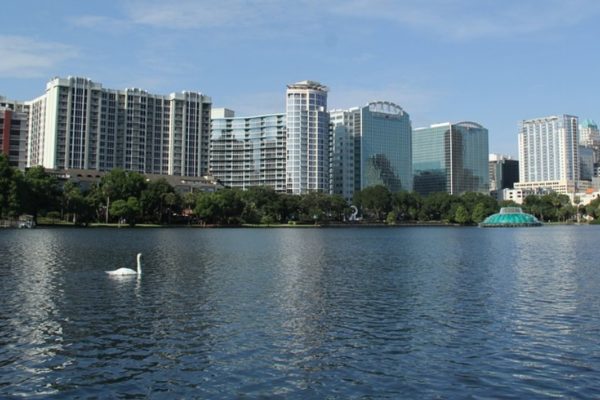 Over the past 40 years, the city of Orlando has seen the nearby Walt Disney World Resort triple in size and welcomed the addition of Universal’s two theme parks as well as its City Walk. And while there’s nothing inherently wrong with those family-friendly tourist traps — which by the way house a thriving House of Blues and a Hard Rock Café respectively — O-Town (as the locals like to call it) has plenty of other concert halls, nightclubs, and dives for those seeking a more homegrown music experience. So take off the Mickey Ears and give a listen at these five local joints next time you’re in town.

[amazon template=right aligned image&asin=1545006393]Beacham Theater
Constructed in 1921, The Beacham has a rather plain looking exterior, but once you step inside, the space opens up into cozy quarters with a heart-stomping sound system for its touring mid-sized acts. Think Modest Mouse, Adam Ant, and Bad Suns. There’s not music every night (although it’s close) and at the more popular shows, you’ll get to know your fellow audience members uncomfortably well since they like to pack ‘em in and the lines can run awfully long. Don’t complain. Just head on over to the well-stocked bar then settle in for an amazing light show.

Post Time Lounge
Located near the Dog Track (yes, it’s still in use), this rock n’ roll joint keeps its calendar packed with local favorites such as My Generation, Sound Theory, Skin Deep, and Rockit Fly. Indeed some feel that PostTime Lounge offers the best homegrown talent. Sunday nights double as an unofficial car show as locals park their rides to compare and contrast before heading in to grab a seat at the bar, bust a move on the dance floor, or chill on the outdoor patio during Orlando’s cooler nights in January and February especially.

Tanqueray’s
Here’s another intimate venue with a low ceiling and a small stage that can handle about five musicians comfortably. If you land here on the right night, you’ll get to hear the funky sounds of Ancient Sun. Other nights, the lineup can veer more towards acoustic or even country. Check out bands like Mellow Relics and Oklahoma Stackhouse, another pair of fantastic local bands, then up your local flavor by stepping across the street to the Corona Cigar Bar or the SAK Improv Comedy Theater where Wayne Brady got his start.

Vanbarry’s Public House
Seeking something mellow? In SoDo (short for “South of Downtown”), Vanbarry’s Public House books acoustic singer-songwriters and duos seven days a week. This is the kind of place where the menu reflects as much care as the music lineup. If eating is just as important to you as listening, then this location with its fire pit, sprawling deck, and lovely view of Lake Jennie Jewel is probably your strongest option when planning a big night out, followed by the Orlando outpost of the Lafayette’s franchise.

Will’s Pub
Craving something smaller and edgier? Will’s Pub — and its sister establishment Lil Indies — specializes in punk, rap, drone, psychedelic, and alternative rock all week long. One night you might find Total Punk Turnbuckle with a DJ spinning popular classic punk while screening Florida wrestling videos from the era; another night, you could be seeing metal and alternative bands like The Goddamn Gallows, Sacred Owls, and Askultura. The acts are often local. So are the brews. Need help mixing and mingling with the locals? Eugene Snowden’s bluesy Ten Pints of Truth often wanders out into the audience for live interaction. (You’ve been warned!) Prefer jazz or blues that leaves you alone? There’s always the Orlando’s B.B. King’s.

PS. Check out our other music lover’s guides to Nashville, Memphis, Las Vegas, and Denver.