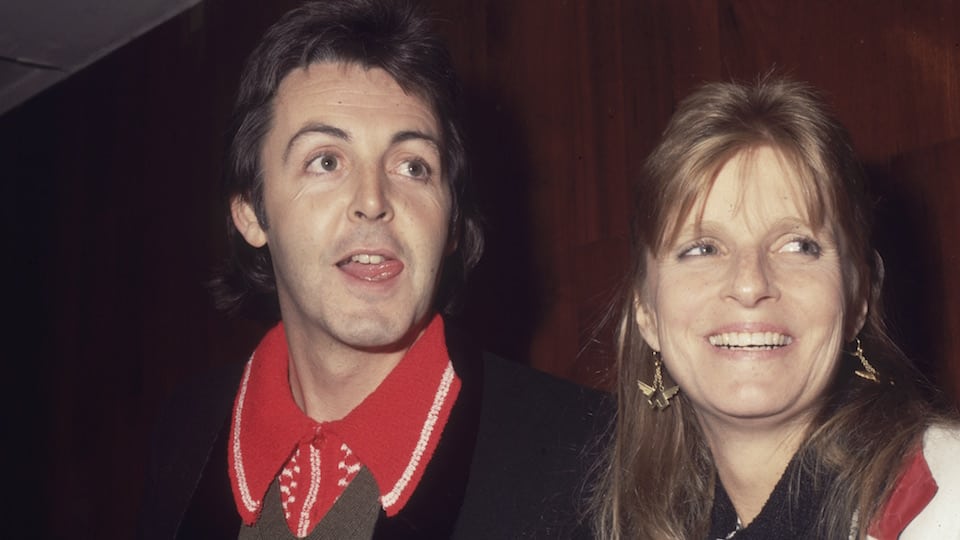 Thrillington is arguably one of the strangest episodes in Paul McCartney’s musical corpus. The Thrillington album, a collection of eleven instrumental cover versions of the songs from McCartney’s Ram LP, offers a whimsical turn on the former Beatle’s gritty, homespun sophomore solo effort. Nearly five decades after the project’s bizarre origins were set into motion, we can only speculate about McCartney’s motivations for going on the Thrillington lark in the first place.

As with Ram, originally released in May 1971, the Thrillington project’s curious backstory may find its roots as a diversion from the Beatles’ recent disbandment. As McCartney later recalled, “I was going through a bad time, what I suspect was almost a nervous breakdown. I remember lying awake at nights shaking, which has not happened to me since. I had so much in me that I couldn’t express, and it was just very nervy times, very difficult.”

With Ram soaring up the summertime charts on the strength of “Uncle Albert/Admiral Halsey” and “The Back Seat of My Car,” McCartney may have simply wanted to hang onto the Ram project a little longer. He commissioned Richard Hewson, the arranger behind Phil Spector’s Let It Be production, to create an instrumental arrangement for the Ram album.

The subsequent emergence of Wings forced the project into mothballs until 1977 when Paul and Linda McCartney revisited the project on a whim. They began to fashion a backstory for one Percy “Thrills” Thrillington. As Paul later recalled, “We started this whole business in the Evening Standard ad columns, which was the really fun thing, putting in things like ‘Must get in touch with . . . Thrillington’ as a result of which the newspaper columns picked up on it — ‘Has anyone seen this rubbish going on in the Evening Standard about Percy Thrillington?’ — and it was good publicity. It was one of our madcap publicity schemes as if we were managing this character called ‘Percy Thrillington.’”

“Back To the Egg: A Perfect Finale for Paul McCartney and Wings”

McCartney sustained the hoax by locating an anonymous Irish farmer to play the fictional character. As Paul later remarked, “So we invented it all, Linda and I, and we went around southern Ireland and found a guy in a field, a young farmer, and asked if he minded doing some photographic modeling for us. We wanted to find someone that no one could possibly trace, paid him the going rate, and photographed him in a field, wearing a sweater and then wearing an evening suit. But he never quite looked ‘Percy Thrillington’ enough.”

In an effort to keep the hoax alive, the McCartneys even composed a press release that was disbursed upon the album’s release: “Percy ‘Thrills’ Thrillington was born in Coventry Cathedral in England in 1939. As a young man, he wandered the globe. His travels took him to Baton Rouge, Louisiana, in the US where he studied music for five years. He later moved to LA where he gained expertise in conducting and arranging as well as the marketing end of the music business. Eventually, his path led to London where his lifelong ambition to form an orchestra was finally realized… He takes all the songs from Paul and Linda McCartney’s Ram album and, with the help of some of London’s best orchestra and ‘big band’ musicians, forges the pop music themes into new orchestral versions.’ He is assisted by Richard Hewson who arranged and conducted. When McCartney heard what ‘Thrills’ was doing he even gave the project his seal of approval.”

The ruse would survive for nearly a dozen years, during which the Thrillington album would emerge as a much-desired collector’s item.  McCartney would finally admit in 1989 that he and Linda had been behind the hoax during a press conference in support of his current world tour. But as the 2018 rerelease of Thrillington demonstrates — and on limited edition colored vinyl, no less — McCartney isn’t quite ready to give up on the life and times of Percy “Thrills” Thrillington just yet.