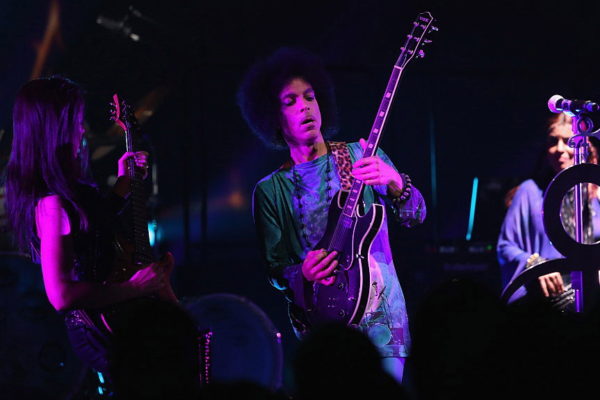 Does it feel like it was four years ago that Prince left us? It sure doesn’t for me. I just recently watched an old Muppets Tonight that featured him as the host, under his “unpronounceable symbol name” and it reminded me that beyond all of the showmanship, Prince was a solid entertainer who was very human. Outtakes at the end of the show featured him arguing with a Muppet and laughing after flubbing his lines. After all, what we knew of Prince, it was nice to see him as someone who would laugh at himself.

Prince Rogers Nelson died on April 21, 2016, from an opioid overdose.   He had no official will, so lawsuits around his estate began soon after. Upwards of 700 people claimed to be relatives  — and that was in addition to his five half-siblings.  At the time of his death, he had a large collection of unfinished songs and demos, plus completed music. Would there only be a few releases of his music, much like Michael Jackson after he passed away, or was there enough interest and material to keep Prince’s music legacy alive?

Immediately after his death, a greatest hits album was released entitled 4Ever, a 40-song album covering his Warner Brothers albums, including previously unreleased “Moonbeam Levels” (1982), a solid song typical of his “1999”-era works. In 2017, an engineer planned to release a collection of new and overdubbed songs on an EP titled Deliverance. This would include the title song plus “Touch Me,“ “Sunrise Sunset,” “No One Else,” and “I Am.” Prince’s estate sued, blocked the release and requested the return of the masters. Because it momentarily made it onto streaming sites, copies of these songs are considered bootleg.

In June 2017, a completely remastered Purple Rain soundtrack was released on a double album, which included a second disc called From the Vault and Previously Unreleased. On it are six unreleased songs, with many running greater than 5 minutes in length. The disc also includes extended versions, remixes, and B-sides. The unreleased tunes have that “Purple Rain”-vibe, including the jangly 7th-chords, synths and solid horn stabs. Take a listen to “Wonderful Ass.” “Velvet Kitty Cat” sounds like something Devo would have released during their heyday. “Computer Blue (Hallway Speech Version)” is a 12 minute (!!) collection of just about every Prince vibe and style. And “Father’s Song” is a charming acoustic song that starts on piano and ends with swirls of synth colors. Later in 2018, NPG released a streaming collection of 37 tunes from Prince’s post-Warner Brothers albums on Anthology: 1995-2010.

Shortly thereafter, Piano and a Microphone 1983 was released by the Prince Estate.   This latter collection included demos and early partial cuts of some songs. You’re treated to ad-hoc directions and comments by Prince, some classics and some throwaways where he was mainly experimenting. “Purple Rain” on this release is beautiful, and a testament to Prince’s funky mastery of the keyboard and chord modulation, but sadly lasting just over a minute. The entire release is just 34 minutes and is worth a listen just to be reminded how talented he was at his most stripped down.

2019 mostly started with reissues of Prince LPs, including Musicology, 3121 and Planet Earth. If you haven’t given those a listen and you only have time for one, you can’t go wrong with Musicology. Prince was a master of taking a single chord, layering it with funk and horns (funkin’ horns?) and creating a tight little tune. The eponymous lead track is classic Prince. “Call My Name” won the “Best R&B Song” Grammy in 2004. “Reflection” closes out with a smooth and soothing soulful sound. If you have more time, please check out “Black Sweat” from 3121. And if time is not a problem, give a listen to “Future Baby Mama” on Planet Earth, for a late 1970s tribute to soul. Or try on “Guitar” for a smoky cross between 1980s Van Halen and U2 (believe it or not).

The reissues continued through 2019 with Rave Un2 the Joy Fantastic (1999) and Rave In2 The Joy Fantastic (2001). Finally, we were treated to something new with the release of Prince versions of songs he had provided to other artists on Originals. If you ever wondered what “Manic Monday” and “Jungle Love” sounded like under Prince’s vocals, here’s your chance.  The latter is possibly a better version than “The Time” released.   “Nothing Compares 2 U” is a thicker, soulful alternative to Sinead O’Connor’s more stripped-down version, with an added sax break.

The latest and most interesting release of new material was included in November 2019’s reissue of “1999”, as Remastered, Deluxe and Super Deluxe Edition. It includes 11 songs recorded in the early 1980s, and 12 live recordings from concerts during that same time. And while most of those older tunes are soaked in the sheen of that 1980s glitter and funky vibe, there are some great tracks like “How Come U Don’t Call Me Anymore? (Take 2)” and the live version of “Controversy.” It’s worth just reading the lengthy liner notes that include stories of how these songs came to be.

In 2018 it was reported that Prince’s estate discovered a “vault” of music that included enough new material “to release a new album every year for the next century.” And while I’m sure this trove contains both good, bad and ugly, it will be a treat discovering those gems that will remind us what we all lost four years ago.

0 comments on “Prince 4 Years Later: His Vault of Music”