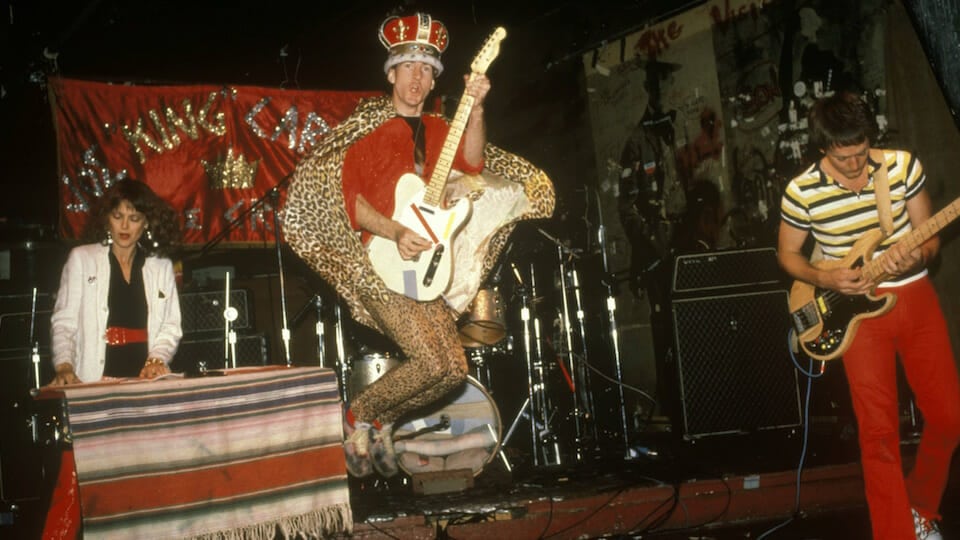 With all the madness that’s going on about our Mexican borders these days, it seems like a good time to celebrate one of the best things ever to come across them: Tex-Mex music. In the mid ’60s, an enterprising bunch of Texans started turning out a new musical paradigm influenced by sounds from both sides of the border. Tejano, conjunto, blues, country, R&B, and rock n’ roll all found their way into the syncretic style that came to be known as Tex-Mex, pioneered by visionaries like Doug Sahm but perpetuated to the present day, with plenty of variations on the idiosyncratic genre along the way. Here’s a handful of the best Tex-Mex artists from all across the music’s history, showing some of the good things that can happen when cultures are allowed to mix freely.

San Antonio firecracker Doug Sahm cut country and R&B tunes in the early ’60s, but by 1964 he had formed the Sir Douglas Quintet. (Their British-sounding name intended to capitalize on Beatlemania.) They were the first to devote themselves to a true Tex-Mex fusion, complete with a combo organ taking the conjunto-style accordion parts and adding a garage-rock vibe in the process. And when they released “She’s About a Mover” in 1965, crossing over to the pop Top 40, Tex-Mex had truly arrived on a national level.

Mexican-American singer Little Joe was a contemporary of Sahm, working with the same set of influences, though Little Joe & The Latinaires tended to tackle one style at a time more often than mixing them all up at once like Sahm and company. One moment they’d be overflowing with Chicano soul, the next they’d be slipping into straight-up Tejano. But even though they never achieved the same kind of crossover success as the Sir Douglas Quintet, they were right there alongside them on the front lines of the Tex-Mex revolution.

Sam the Sham & The Pharaohs

Domingo “Sam” Samudio, frontman for Sam the Sham & The Pharaohs, was the clown prince of Tex-Mex, opting for a good-time vibe and songs with semi-novelty appeal and sporting a big, campy turban. Leaning more toward the garage-rock side of the spectrum of styles under the Tex-Mex umbrella, the band broke through to the mainstream with their debut single, the pulsing rocker “Wooly Bully,” right around the same time the Sir Douglas Quintet hit with “She’s About a Mover.”

As the organist in the Sir Douglas Quintet (and on many of Doug Sahm’s subsequent solo records), Augie Meyers was crucial to the creation of the Tex-Mex sound. His pumping, accordion-like riffs helped establish the template for the style. Starting in the early ’70s, when he wasn’t busy working with Sahm, Meyers was off making records of his own, with a sound that, unsurprisingly, mined much of the same sort of territory as his amigo Doug, with the same sort of Southwestern stoner charm.

See Related: “Warm Up to The Ice Queen, Sue Foley”

Englishman Wes McGhee is living proof that the appeal of Tex-Mex reaches across bigger borders than the one separating Texas from Mexico. Splitting his time between Texas and the U.K., McGhee developed a sound influenced by Doug Sahm et alia but coming from more of an outlaw country-tinged singer-songwriter perspective. McGhee started out in the ’70s and he’s still going strong today.

In the late ’70s, the adaptability and timelessness of the Tex-Mex sound was underlined by the emergence of Joe “King” Carrasco & The Crowns, who gave the style a rocking, edgy but exuberant New Wave update, dubbing his style Nuevo Wavo, and earning a good deal of renown in the process. It may not be a coincidence that shortly after Joe and the Crowns gained notoriety, Doug Sahm himself released a New Wave-informed album called Border Wave.

Starting out not in Texas but in San Diego, these guys were energized by the rise of New Wave as well. They formed in the ’80s when Southern California was kind to roots-rocking types running on raw energy (The Blasters, Los Lobos, etc.) The Pigs wove a number of other stylistic strands into their sound, but when they turned up the Tex-Mex, it came out tough, trenchant, and true.

By the beginning of the ’90s, the world was ready for a Tex-Mex supergroup, and boy, did they get one. The tried-and-true team of Doug Sahm and Augie Meyers joined forces with Chicano country star Freddy Fender (who started out playing R&B in the late ’50s), and conjunto accordion hero Flaco Jimenez. They released their first album in 1990, seeing more success together than the individual members had enjoyed for some time. They spent the next several years bringing Tex-Mex to a whole new generation, but their progress was halted with Sahm’s passing in 1999. Today, though Fender has died as well, Meyers, Jimenez, and Doug’s son Shawn Sahm keep a revitalized version of the Tornados going, taking the sound into the 21st century.

2 comments on “Tex-Mex Music: The Best of the Border”