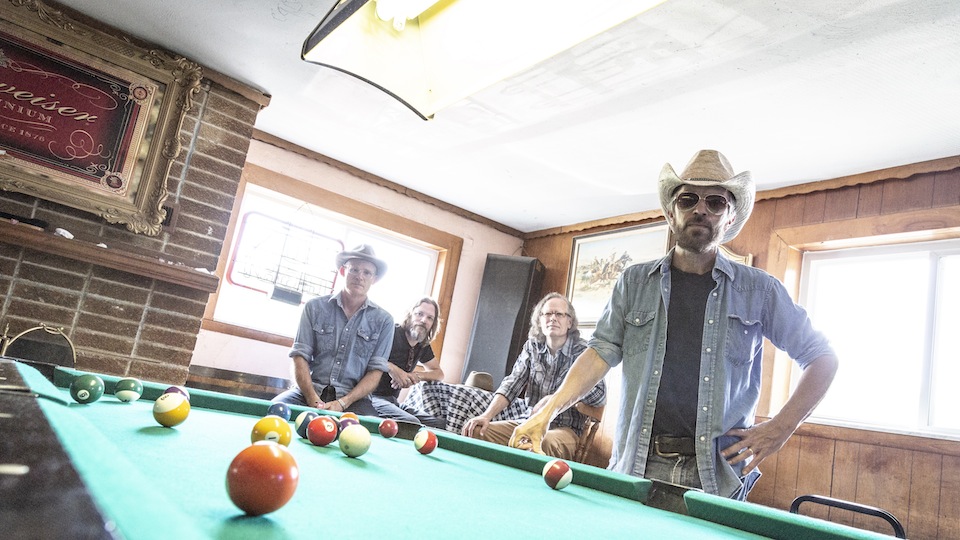 Much is made of “East Coast” versus “West Coast” rivalries in all styles of music but sometimes you don’t want to pick a side and would seriously prefer to land somewhere else entirely like the Midwest for some tried-and-true American roots rock. One band that’s been serving up their own unique flavor of that particular genre for the last 25 years is the Bottle Rockets who have just released their thirteenth album Bit Logic. Lead singer and guitarist Brian Henneman shares some insights on the quartet’s latest record — as well as their past — in the somewhat abbreviated interview below.

A: I have no standout favorite, but Dirty Harry left enough impression to quote in a song all these years later. That counts for somethin’…

Q: “Lo-Fi” isn’t the only song that recalls an earlier time when we weren’t inundated by social media. That said, what’s your preferred platform?

A: All I do is Instagram. Allows me to play with my camera, and isn’t conversational enough to suck much time. Plus, unlike Facebook, it’s a terrible format to argue in, so that doesn’t really happen there.

Q: If it’s a “bad time to be an outlaw” as you sing at one point when was the Golden Era?

A: Since the song is talking about musical outlaws, that’s all I’m gonna address here. There have been musical outlaws in all eras. And they’re not all outlaws for the same reasons. Willie and Waylon were one kind of outlaw, Mutt Lange and Shania Twain were another kind. I’m a different kind from them.

Q: This is your thirteenth studio album. But can you still remember the first time you heard one of your songs on the radio? When and where were you at the time?

A: Pontiac, Michigan. 1995. After a show. Only about a dozen or so people came to the show. On the way back to the hotel we stopped for gas station snacks. I stayed in the van. Turned on the radio, scanned the dial and stopped on a station that was playing Van Halen’s “Ain’t Talkin’ ‘Bout Love.” Next song was “Radar Gun.” It was exciting…

Q: I understand that some of the songs were originated by passing around melodies on your iPhones. Were any of the songs created primarily through this style of communication? How did that impact the final product?

A: That’s not exactly how it went. I just sent acoustic demos around via the phone, rather than get everybody together to hear me play ’em. Saved a step. When we did get together, it was business as usual. The band and Eric Ambel brought their ideas to what they had heard on the demos. We knocked ’em around ’til we had a song. Just like always. Only difference was everybody had a chance to think about ideas in advance, at their convenience, before we went into the studio…

Q: You mention Poco and Jackson Browne as influences for this album. Is there an artist who was an influence that is less well-known but deserves wider recognition?

A: I can’t give you a name. The people who influenced me are too plentiful to get into here, and are not people I’d ever call “lacking in recognition.” I never really dwell on who deserves “more” recognition anyway. I’m more likely to dwell on who I think deserves less…

Related: “The 10 Best Jackson Browne Songs You May Have Never Heard”

Q: The album closes with a humble love song. Do you consider yourself a romantic?