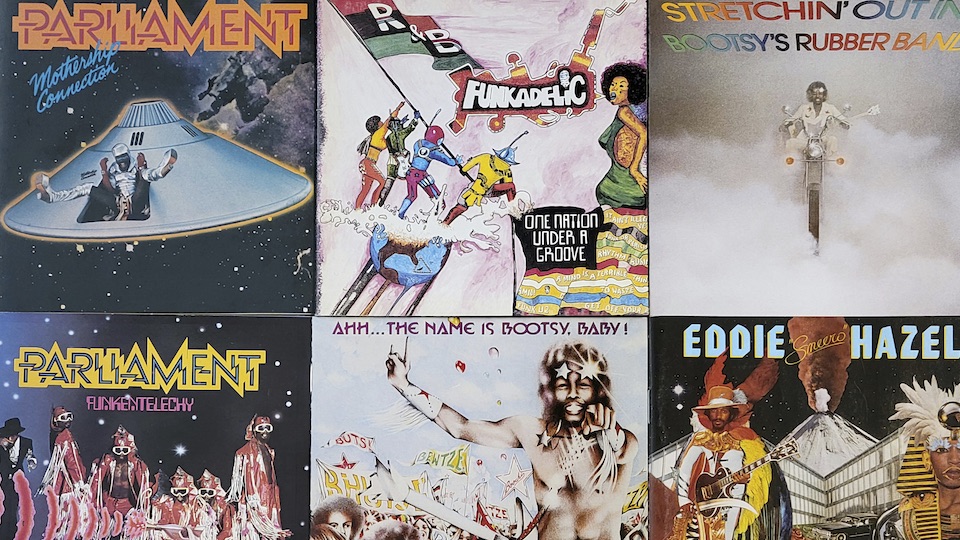 Daily scrollers of Facebook are well aware of the various pages devoted to musical artists. Parliament-Funkadelic is no exception. There are dozens of pages devoted to the U.S. Funk Mob and its many spin-off acts. After a less than positive experience overseeing a P-Funk page, I decided to start my own page with the help of my partner in time, Donna McCoy, and various other faithful Funkateers. On May 5th, 2016 (Cinco De Mayo no less), A ParliaFunkadelicment Thang was born. Today, it boasts a membership of over 16,000 members and continues to grow to this day.

Recently, the members of the APT page were given the task of compiling a list of the most essential P-Funk albums. Unlike similarly themed lists, this task is the result of hundreds of hardcore Funkateers contributing their knowledge and insight in terms of assessing their favorite P-Funk disc, as opposed to one writer utilizing surface-level familiarity with the music.

This comprehensive list represents two weeks of diligent and precise polling. I personally want to thank all of the members of the APT page for making their voices heard!

The album that turns Funk into a conceptual juggernaut. The ever-evolving Parliament mythos starts here.

The idea of P-Funk as a unifying power. The band’s newest recruit, ex-Ohio Player Junie Morrison, propels the music to new heights of Groovallegiance.

The debut album from the Captain of the Mothership’s Brothership. Rubberized rhythms that deliver another point of view.

4) Parliament: Funkentelechy Vs. The Placebo Syndrome (1977)

The battle between Star Child and his arch-nemesis, Sir Nose D’Voidoffunk. Sir Nose ends up giving up the Funk in a Flash of Light.

Establishes Bootsy’s band as a prime force in Funk independent of the parent organization. Grooves that swing so hard, they cause injuries.

The most sought-after P-Funk spin-off project. His only solo album released while he was still alive.

The first P-Funk soul album. The title cut is performed by the band to this day.

Introduces the King of the Funk, Dr. Funkenstein and the children of production.

The cornerstone of the Black Rock movement of the early 1970s. Picks up where the Hendrix/Band Of Gypsys project leaves off.

Funk-N-Roll at its most twisted and divine. The Bootsy persona begins to take flight.

P-Funk goes underwater and gets “airbody” to do the Aqua Boogie. A motion picture underwater.

Photo composite courtesy of the author

3 comments on “The Essential Parliament-Funkadelic Albums”