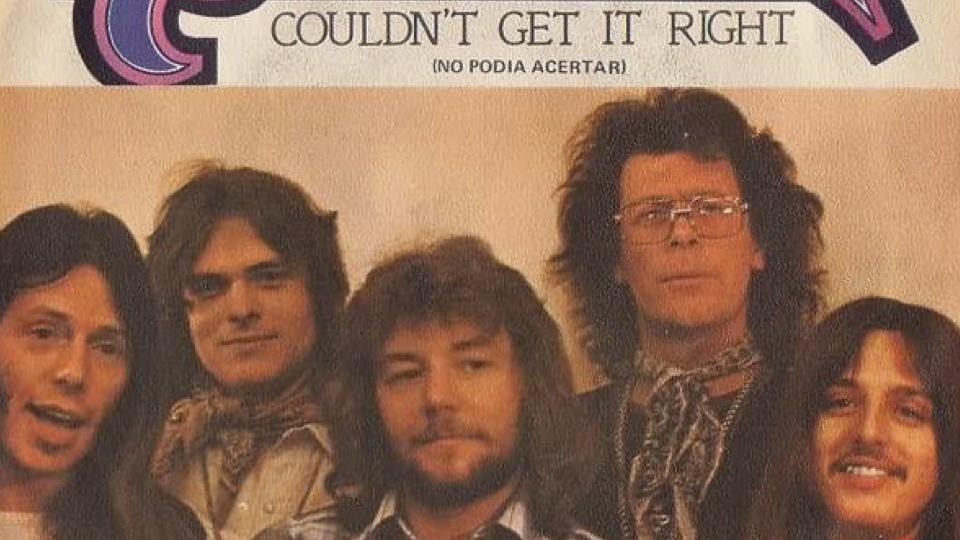 Some bands spend their entire careers on the road, playing an endless number of gigs, and despite having a loyal following, never have a hit. Climax Blues Band, a British group that started out as a blues revivalist outfit, found themselves reaching the charts not once, but twice, with songs in genres that were a bit outside of their original musical style. The band was founded in England in 1967. The original lineup included Pete Haycock on guitar, bass and vocals, Derek Holt on guitar and vocals, Colin Cooper on vocals, saxophone and harmonica, Arthur Wood on keyboards, and George Newsome on drums.

The trio of Haycock, Holt, and Cooper were the backbone of the group through the early 1980s, along with later members John Cuffley on drums and Peter Filleul on keyboards. The band was originally called The Climax Chicago Blues Band, and their self-titled debut, released in 1969, featured blues classics such as Sonny Boy Williamson’s “Don’t Start Me Talkin” and Big Bill Broonzy’s “Mean Old World” mixed with originals penned by the band like “You’ve Been Drinking” and “Looking For My Baby.” The group later shortened their name to The Climax Blues Band, in order to avoid confusion with the popular US band Chicago. Thanks to constant touring and excellent musical chops, Climax Blues Band built a strong reputation as a solid blues-based live act.

While working on their 1976 album Gold Plated, the group’s management advised them they “didn’t hear a hit” on the record. According to Pete Haycock, he came up with the basic idea for “Couldn’t Get It Right,” which was about the travails of traveling on the road while on tour in America. Haycock brought it to the band, and they worked on the track in the studio, crafting the arrangement and punching up the lyrics. The result was an infectious song with a memorable chorus, anchored by saxophonist Cooper’s low range vocal with Holt, Haycock, and Cuffley chiming in as well, while also providing some deep grooves and a touch of cowbell. When it was released in the UK, “Couldn’t Get It Right” went to number 10 on the charts. The band performed the song on two separate occasions on the popular series Top of The Pops. When it was released as a single in the US, “Couldn’t Get It Right” rocketed up to number 3 on the Billboard charts, becoming one of those ubiquitous tunes you’d hear all over the place.

After the success of “Couldn’t Get It Right” the band continued to tour and provide high-energy live shows, featuring an eclectic mix of rock, blues, funk, and jazz. At this point, the band had strayed quite a ways from their blues-based roots. Their next successful single would go even further afield. Guitarist Derek Holt had written the ballad “I Love You” about his wife and the positive feelings she inspired in him. When he presented the song to the band while they were working on their 1980 album Flying The Flag, the group felt it was a little too pop-oriented, and were reluctant to record it. The album’s producer, John Ryan, liked the song and encouraged the band to include it on the album, so Holt played bass and sang lead on the session, while John Cuffley provided drums and Pete Haycock added the distinctive guitar solo. Keyboard work was handled by the legendary Nicky Hopkins, who had played with The Rolling Stones, The Kinks, and The Who, among other rock and roll notables.

While “I Love You” was very popular, and made it all the way to number 12 on the US charts in 1981, the song ended up causing tensions within the band. According to Holt, several members of the group didn’t want to play the song live, as they felt it didn’t fit in with their overall sound. Both Derek Holt and John Cuffley left the band, while Colin Cooper and Pete Haycock continued on, with Haycock departing in the mid-1980s, and Cooper remaining until 2008.

Cooper and Haycock have since passed away, and the band’s current lineup doesn’t feature any original members. Both of the band’s hits have been featured in movies and television shows and remade by other artists. “Couldn’t Get It Right” was covered by Fun Lovin’ Criminals, and featured on their album Mimosa, while “I Love You” was superbly re-interpreted by Throwback Suburbia as part of the 1970s tribute disc Drink A Toast To Innocence: A Tribute To Lite Rock. Climax Blues Band may have started out as blues revivalists, but it’s for a groove-laden ode to life on the road and a sincere love song that many rock and pop fans remember them. In a way, they were a one-hit wonder twice. Or is that a two-hit wonder?

1 comment on “The One-Hit Wonder File: “Couldn’t Get It Right””