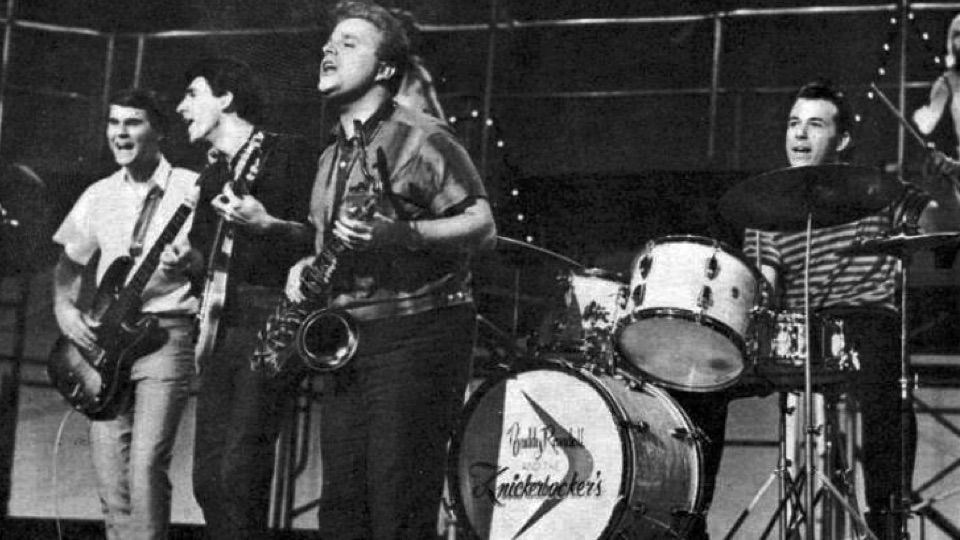 If you’re having a spirited discussion with a friend and fellow music fan about tunes that are Beatle-esque, “Lies” by The Knickerbockers will likely be part of the conversation. The song has been mistaken by some listeners for a Beatles track ever since it was originally released, thanks to its exuberant Fab Four-styled harmonies and scintillating guitars.

While “Lies” may sound as if it was recorded by a British Invasion group, The Knickerbockers actually hailed from Bergenfield, New Jersey. The band was formed in 1962 by brothers Robert and John Charles Cecchino, who adopted the stage names Beau and John Charles. Beau played guitar and John played bass, and other than the talented sibling duo, the band featured a rotating lineup for the first couple of years of its existence.

The group’s roster solidified in 1964 with the addition of Buddy Randell on saxophone and Jimmy Walker on drums. Randell had been a member of The Royal Teens, who scored a hit with “Short Shorts,” and Walker was formerly part of the well-regarded New York band The Castle Kings. The Knickerbockers were signed to the Los Angeles-based label Challenge Records after producer Jerry Fuller caught one of their gigs, and was impressed by the band’s high-octane live performance. The group released several singles, including the doo-wop-inspired “All I Need Is You” and the Four Seasons styled “Jerk Town,” neither of which were very successful on a national level.

When The Beatles and their fellow British Invasion bands landed on our shores, and rock and roll music from across the pond exploded onto the US charts, Beau Charles and Buddy Randell decided to write something that sounded like a Fab Four tune. They quickly came up with “Lies,” and recorded a demo of the song. The demo impressed Jerry Fuller, and that initial recording was followed by a studio session with engineer Bruce Botnick in Los Angeles. Everyone felt the song still didn’t sound quite right, so the group enlisted the help of Leon Russell. The band worked on a new version with him, emphasizing the Beatles-inspired harmonies and Beau’s energetic guitar work. In just a few takes at Russell’s studio, a classic was born.

“Lies” was released in November 1965 and made it to number 20 on the charts. The Knickerbockers were suddenly in high demand, performing numerous live concerts, appearing on television shows like Shindig! and rocking out regularly on Dick Clark’s afternoon music showcase, Where The Action Is. Despite the band’s newfound fame, scoring another top 20 hit proved difficult. Their next single, 1966’s terrific “One Track Mind,” made it to number 46, but the group’s second follow-up to “Lies,” entitled “High on Love,” stalled at number 94. Lack of support from their label hampered the band’s momentum, and their final single for Challenge Records, “A Matter of Fact,” didn’t even make a dent on the charts.

Jimmy Walker and Buddy Randell left the group in 1967, and Beau and John soldiered on with a new lineup, with little success. The Charles brothers later refashioned themselves as a short-lived country-rock outfit named Lodi, with singer Ritchie Costanza and drummer Eric Swenson. Lodi recorded one album for MoWest, a subsidiary of Motown, in 1971, but the group disbanded a year later.

The Knickerbockers re-united (sans Randell) in 1983, and the classic lineup featuring the Charles brothers, Randell and Walker got together for some shows in the early 1990s. Sadly, both Buddy Randell and Jimmy Walker have since passed away, but the legacy of The Knickerbockers and their music lives on. “Lies” was included on Lenny Kaye’s outstanding compilation Nuggets: Original Artifacts from the First Psychedelic Era 1965-68, when it was originally released in 1972, and both “Lies” and “One Track Mind” were included when the collection was re-issued in an expanded CD edition in 1998. “Lies” has been covered by many artists, including The Ventures, Nancy Sinatra, Styx, and Linda Ronstadt, who belted out a faithful rendering of the song for her 1982 album, Get Closer.

“Lies” has retained its status as a Beatles-esque classic, and The Knickerbockers remain a cult favorite among garage rock fans.