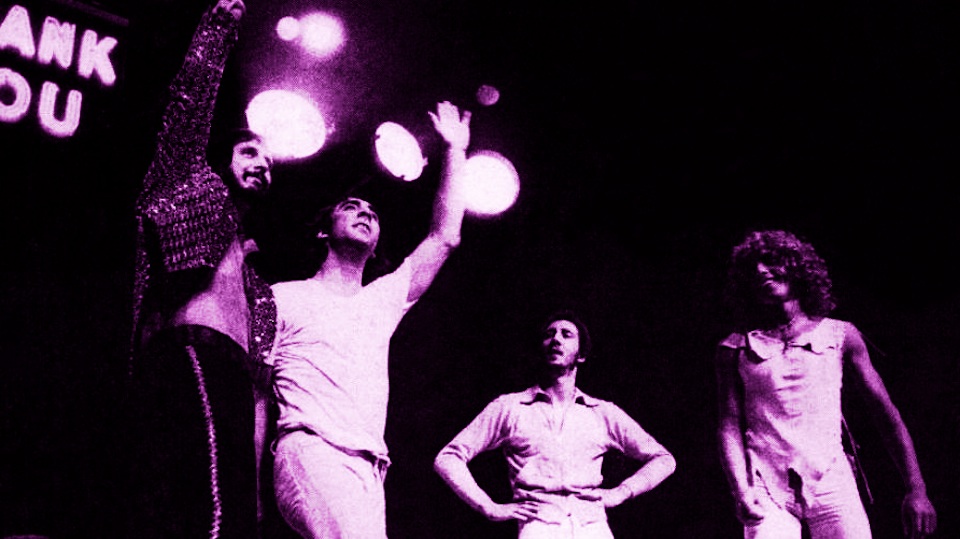 There’s been a huge response to our post on 31 Concept Albums You May Have Missed. Many of you wrote in to suggest concept albums that we may have missed. So, if you haven’t had your fill of concept albums yet, here are the top readers’ choices based on the comments we received.

1. The Who’s Quadrophenia (1973)
The Who’s second rock opera was mentioned by more CultureSonar readers than the more famous Tommy. For Quadrophenia, Pete Townshend crafted the story of a working-class mod named Jimmy with four aspects to his personality (thus the “quadrophenia” of the title). Each of these personality traits (which roughly parallel the way Pete saw each of the four members of the Who) is represented by its own theme. The album includes some of the Who’s best performances as a band and spawned several singles, including the album closer, “Love, Reign O’er Me.”

2. Pink Floyd’s The Dark Side of the Moon (1973)
The Dark Side of the Moon was the album that made Pink Floyd international superstars. It was also the first of a string of concept albums that founder Roger Waters would create with Pink Floyd and throughout his solo career. Dark Side takes us through a series of things that “make people mad,” including money, love, and the passage of time. Beautiful harmonies and lush arrangements on songs like “Breathe” and “Us And Them” sit alongside angrier and more aggressive songs like “Money.”

4. Spirit’s The Twelve Dreams of Dr. Sardonicus (1970)
Spirit came out of the Los Angeles art rock scene in the late sixties. Their fourth album, The Twelve Dreams of Dr. Sardonicus, is their best known album. The album revolves around a loosely constructed concept about a mad scientist’s wild dreams, and the songs explore a variety of styles – the folky “Nature’s Way,” the country-esque “Animal Zoo,” the horn-filled “Mr. Skin.” Recording sessions for Twelve Dreams were fraught with tension, and the original lineup of the band broke up after the album was released.

5. Rush’s 2112 (1976)
After three albums that only achieved moderate success, Rush ignored their record company’s request to release more commercial music. Instead, they put everything into 2112, and it became their first commercially successful album. It’s not really a concept album, since the second side contains unrelated songs. Yet, it’s the first side’s seven-part title song (a story of a boy who discovers a guitar in a dystopian world that has outlawed music) where the “concept” kicks in.

7. Genesis’ The Lamb Lies Down on Broadway (1974)
Before The Lamb Lies Down On Broadway, progressive rock stalwarts Genesis had created elaborate story lines in songs like “Supper’s Ready” and “The Knife.” But, The Lamb was Genesis’ first complete album with one unifying storyline. Lead singer Peter Gabriel created the story of Rael, a Puerto Rican teenager who ventures on a magical and frightening path of self-discovery. The album was extremely difficult to write and record, and the arduous process was a deciding factor in Gabriel’s departure from the band.

8. The Beach Boys’ Pet Sounds (1966)
It’s one of the greatest albums ever, but is Pet Sounds a concept album? Brian Wilson worked with lyricist Tony Asher (along with Beach Boy Mike Love) on a series of personal songs that were sung by the Beach Boys over Wilson’s complex and unusual orchestral arrangements. There’s no specific lyrical motif or musical theme that threads through the album, except the overall excellence of its production.

9. Jethro Tull’s Aqualung (1971)
“Sitting on a park bench, eyeing little girls with bad intent.” Thus begins Ian Anderson’s tale of Aqualung, a pitiful and pitiable homeless man. “Aqualung” kicks off Jethro Tull’s fourth album, which is divided into an “Aqualung” side and a “My God” side. Religious themes and character studies weave through both sides of the album. Still, Anderson has always insisted that Aqualung is not a concept album. In fact, it was the critical response to Aqualung that influenced Anderson to create a real concept album, 1972’s Thick As A Brick.

10. Yes’ Close to the Edge (1972)
Close to the Edge was the third and final album from Yes’ classic lineup of Jon Anderson, Bill Bruford, Steve Howe, Chris Squire, and Rick Wakeman. The positive response to the longer pieces on Yes’ previous album, Fragile, influenced the band to push their songs even further. On Close to the Edge, long instrumental passages and unifying musical themes combine with mystical lyrics, stacked vocals, and Yes’ impressive musicianship. The album contains three extended suites, so it’s more like three concept albums rather than a single one.

As with any list, you can disagree with the choices or suggest more of your own. Keep ‘em coming!

Photo Credit: Public domain image of The Who.

208 comments on “Your 10 Favorite Concept Albums”