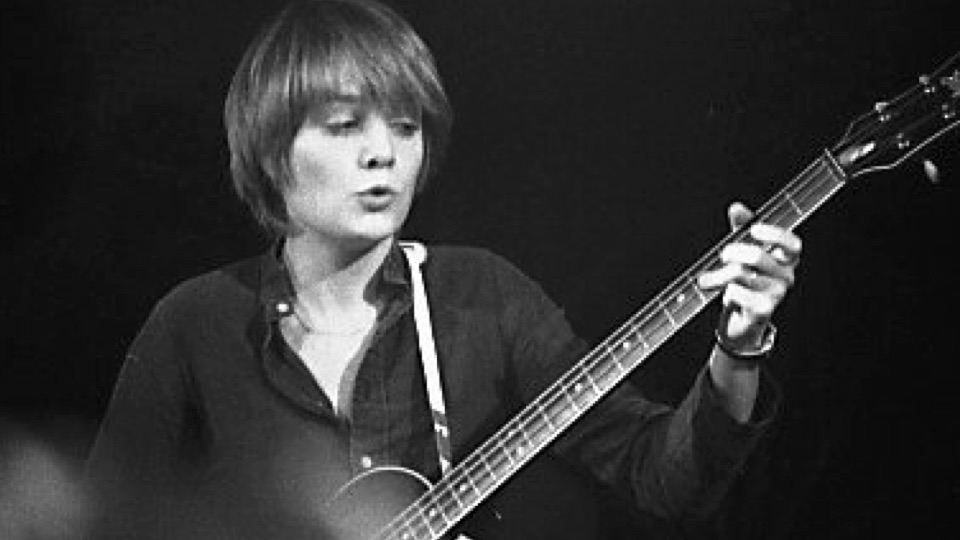 Welcome back for another round of “Listen To The Hive Mind!” This time our CS readers have visited my territory, sharing their favorite underrated bass players on our Facebook page. And once again I’m pleasantly surprised: as a pro bassist and a lifelong student of the instrument, I thought I had a handle on the names that everyone ought to know. But these three low-end masters seem to fall through the cracks of too many bass conversations (a grand injustice). So join us in this closer look at three underrated bass players who came in at the top of our informal social media poll.

Related: “You Told Us, We Dug Deep: 3 Underrated Guitarists”

Talking Heads emerged from the fertile ground of late-70s New York City with a daring blend of artsy punk and danceable funk, a musical hybrid perhaps best personified by their iconic bassist. Sonically, Tina Weymouth is a genius: her frequent use of short-scale instruments resulted in a thick, rubbery tone that integrated perfectly with Chris Frantz’s drums, and her punk- and reggae-inspired lines provided juicy rhythmic support that always perfectly outlined the harmony. David Byrne couldn’t have asked for a more sympathetic voice in the rhythm section to breathe life into his visionary songwriting, from her ominous staccato driving “Psycho Killer” to her dramatic use of space on tracks like “And She Was” and “Stay Up Late,” to my own personal favorite “Wild Wild Life” that perfectly balances both pulse and melody.

ESSENTIAL LISTENING: Speaking In Tongues (1983). Recorded after a brief hiatus and a split from longtime producer Brian Eno, Talking Heads’ fifth studio album is a quintessential bit of high art for the dance floor. Opening with the top ten hit “Burning Down The House,” Weymouth’s “less is more” approach is in full effect: her pulsating syncopation on “Slippery People,” her expert manipulation of note length on “Moon Rocks” and “Pull Up The Roots” and her meditative, chorused line on “This Must Be The Place (Naive Melody)” will make you want to shake both your brain and your body.

The Moody Blues bassist is an exemplar of the use of the bass guitar as a songwriting tool, crafting impeccable low-register lines that serve as essential compositional elements. Lodge’s insistent, subtly melodic grooves give rockers like “Ride My See-Saw,” “Story In Your Eyes” and “The Voice” the wind in their sails, but he is also capable of dramatic tension and release that enhance the poetry of the Moodies’ lyrics (“A Simple Game” and “The Best Way To Travel” from 1968’s In Search Of The Lost Chord are prime examples). A prolific songwriter himself, many of Lodge’s finest basslines appear on his own compositions such as “Lunch Break: Peak Hour” from 1967’s Days Of Future Passed, and “Love Don’t Come Easy” and “Wherever You Are” from 1999’s Strange Times. Lodge continues to anchor The Moody Blues’ rhythm section onstage to this day, with a grace and sophistication befitting their timeless music.

ESSENTIAL LISTENING: A Question of Balance (1970). “Back to basics” being a relative term for the ever-expansive Moodies, the leaner, stripped-down sensibility on this slab puts the focus on the rock-solid rhythm section of Lodge and drummer Graeme Edge. Plus we get two excellent Lodge compositions: the rollicking “Tortoise And The Hare” and the joyous “Minstrel’s Song.”

[Special thanks to über-fan Daryl Boyko for her Moodies mastery!]

It’s easy to forget that before he was a household name as a chart-topping balladeer, Peter Cetera wielded a 4-string in a powerhouse rhythm section alongside drummer Danny Seraphine, guitarist Terry Kath and keyboardist Robert Lamm. Chicago brought a new level of fusion-inspired creativity to the pop scene, seamlessly blending odd time signatures and dense horn arrangements with sophisticated ear candy songwriting, all glued together with Cetera’s monstrous, melodic, McCartney-inspired bass lines percolating underneath. He lays down the driving, greasy funk on “Woman Don’t Want To Love Me” (Chicago VII, 1974), but also grabs some sweet upper-register melodic fills in the turnarounds. And “Something In This City Changes People” (Chicago VI, 1973) is a masterclass in both compositional countermelody and solid support. As iconic as this band is, Peter Cetera is a true unsung bass hero. Start digging into their early catalog, then pick your jaw up off the floor and get back to me.

ESSENTIAL LISTENING: Chicago V (1972). The group’s fourth studio album was their first-ever single-disc release, following three double albums and a four-disc live set! From the opening 6/4 shot of “A Hit By Varése” to the slow funk of “State Of The Union,” from the rock-solid melodic pocket that fuels “Dialogue (Part 1 and 2)” to the familiar high-register riff that kicks off the ubiquitous radio hit “Saturday In The Park,” this slab is action-packed with Cetera bass gems.

[Special thanx to über-fans Joe Iaquinto and Rich Zukor for their Chicago counsel!]