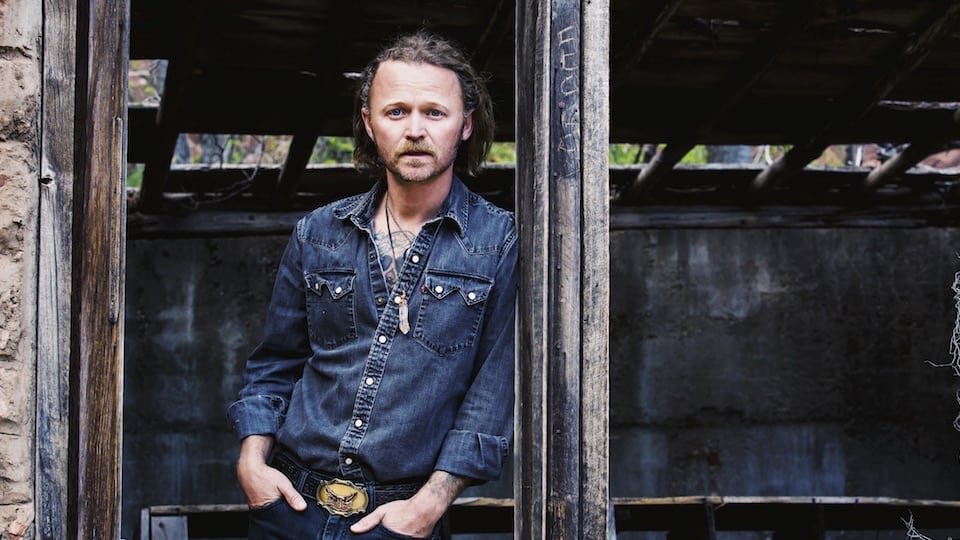 What would you say qualifies a musician as a local legend? Getting dubbed songwriter of the year by a local music blog? Being the subject of a documentary short by a local filmmaker? Having a local brewery name one of their IPAs after one of their albums? Well, decker. has racked up all those distinguishing characteristics as an indie rocker based in Sedona, Arizona but his fan base is hardly restricted to the Southwest. He had a residency at Rockwood Music Hall, one of NYC’s most hopping clubs for new music, and tours extensively while rolling out an album pretty much every year since 2009. Haven’t heard of him? May we introduce him then.

Q: What made you decide to switch from self-producing to affiliating yourself with the record label Royal Potato Family for Born to Wake Up?

A: There’s no difference with regard to what I do musically in light of my relationship with Kevin and Royal Potato Family. I began working with Kevin on publicity for my Snake River Blues EP in 2016. As that work wrapped up, I asked if he’d be into working on a release with me from the label side and he obliged, thankfully. Kevin is a true gem in an otherwise authenticity-challenged industry. I am grateful for his friendship and support and honored to be among the artists curated at Royal Potato. Kevin has a passion for sharing music he loves and it’s rewarding to have a person like him in my corner.

Q: With lyrics that connect our individuality with the universe, “Awake” sounds especially like a spiritual. What are your thoughts on a higher power?

A: I believe in the great non-duality; the magnificent Creation or Source. I spent a good portion of time agnostic, angry, and afraid. Jaded on religion. Jaded on most everything. And that’s certainly an option if one wants to choose that. When I moved to Sedona ten years ago, gradually I began spending more and more time on the land and that, truly, has opened such doors for my heart and mind. It really put me on the track of healing and really all of the time spent on the land is just that for me. I’m not as concerned with ideas or concepts on higher power but rather an experience, mostly one of surrender. Softening. Releasing the illusion of control and learning to just be a thing in the universe as it were.

Q: On the song “Burning Grass,” you’re practically channeling Tom Petty from the great beyond. Are there any Petty tunes you particularly enjoy singing yourself?

A: I love Tom Petty. What a cool guy. A true American rocker. I sing a bunch of Tom Petty. Weekly. For a few years running, we did a breakdown section of “Breakdown” in one of our songs and were closing our sets with “American Girl.” So I guess you could say 1.5 songs of our set were Tom Petty songs. I love and appreciate the real authenticity and grit he captured in his early works. To say he was the real deal is an understatement. His songs capture human experience in such a non-obtrusive and light way.

Related: “Nothing Petty About His Appeal”

Q: “The Saint,” a later song on the album, was inspired by your late grandmother. What was your relationship to her like when you were a child?

A: I was extremely close with my grandparents. They were parents to me and then some. They were like my gods. I was obsessed with them. Now I feel that way about my son. I still have a wonderful relationship with my grandpa. My grandma was truly a saintly figure. She was stoic – full of grace, humility, honor, compassion while still sharp, witty and playful. Most of my fond memories and feelings of being loved and nurtured are associated with my grandparents.

Q: How has having a son yourself impacted your songwriting?

A: There is nothing my son has not impacted. He is my light. He changes my heart, calls upon me to grow and be a better man; a better person. So that in turn funnels into every area of my life. He helped me write the song “Mexico” on the new album. I kind of interviewed him about life through his eyes and turned his answers into lyrics. Cohen definitely hears all the songs first. Mostly when I don’t have him I am working in some capacity so the writing process seems to take place with him around. He’s a good sport about it – hearing the nonsensical sounds as I come up with vocal melodies.

Q: If you had to pick a spirit animal, what might it be?

A: Hawks and rattlesnakes are my spirit animals. Hawks I obviously see more frequently. I tend to see them at times when I’m getting caught up in anxieties and they are a reminder of a higher vision; that everything is as it should be and to keep my intention on my spirit calmly. Rattlesnakes are a reminder to get present. When you encounter a rattlesnake you definitely get into that moment. They are powerful and stoic. Grounded. In turn, they force us to ground.

Q: Early in your career, you had a rep for doing street performances while on tour. When was the last time you did an impromptu public concert?

A: I’m fairly certain the last time I performed on the street was in New York City in 2016. We were there for a month for the release of Snake River Blues and the day of the show we went on what we called a “subway tour.” We went all over the city playing — on the subways, in the stations, in front of landmarks. I enjoy street performing but its hell on my voice. But there is something really magical about the moment when a stranger who, initially, has no interest in hearing some clown on a subway platform and then stops because they feel it. We did a great deal of it in 2010 in Santa Cruz, a town that really supports street performers. I still have good friends whom I met while performing on the streets there.

Editor’s Note: Click here to order a copy of decker.’s Born to Wake Up.

0 comments on “Wake Up to the Sounds of decker.”