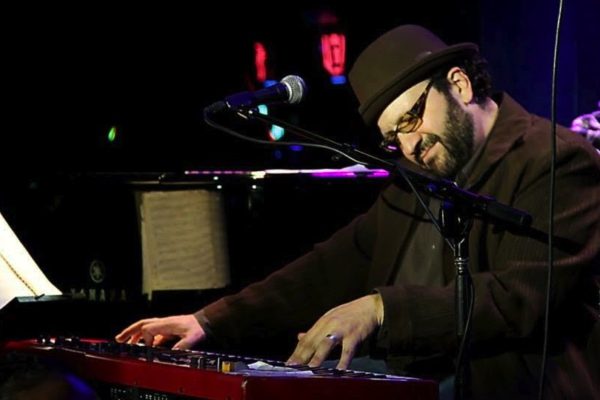 As we mentioned earlier this year, CultureSonar writers are not only enthusiasts and critics, we’re often practitioners of the form whether that be music or movies or television or literature. And that’s especially true when it comes to rock n’ roll. We don’t just love bands, we’re often in them. And with that in mind once again, we thought that we’d take a moment to celebrate the creative chops of a handful of our contributing writers. You’ve read their work. Now you can listen to it, too.

Anthony Robustelli
Although he’s toured and played with such luminaries as Bo Diddley, Gloria Gaynor, and Kelly Price, as a musician Anthony Robustelli encountered his biggest crowd — 100,000 screaming fans in Glastonbury — as part of Spearhead, one of the opening acts for Paul McCartney, The Black Eyed Peas, and Ben Harper. He’s also a serious devotee of Steely Dan, with both a book (Steely Dan FAQ: All That’s Left to Know About This Elusive Band) and a critically acclaimed album (The Steely Dan Sessions: Interpretations of Unrealized Classics) to his credit. His knowledge of The Beatles is also extensive – just check out his Fab Four deep dive I Want to Tell you – Volume 1: 1962/1963 or his podcast The Beatles Multi-Track Meltdown for some seriously substantial evidence.

Colm Clark
As a musician, Colm Clark clearly has a love for language since the bands with which he’s been associated have consistently had very memorable names such as Billy and the Virgins (which once opened for The Touch), LoJack (which specialized in Power Pop), and most currently Telecommand (for which he plays guitar). As a solo entity too, he’s gone under some catchy stage noms de rock like Crush Limbo and Malcolm Strange. You can hear his work as a singer-songwriter on both Bandcamp and Soundcloud. A champion of underdogs from Spirit to TEEN, he’s currently rallying behind such underground bands as Apollo’s Ghost, Aunt Ange, and hEllolisTENER.

Ken Hymes
Ken Hymes refuses to restrict himself to one music genre. He’s played swing with The Shabby Sheiks, power pop with ZAG, and sung an a cappella version of “Wayfaring Stranger.” You’ll find that same eclecticism in his choice of writing topics that have ranged from Louis Armstrong to The Beatles, Joni Mitchell to Rita Moreno. And while he’s no longer performing with Bob’s Brain in front of 20,000 on Halloween, he’s still bringing an outsized passion to all he does, including Long Gone, his latest album of eclectic folk/pop with longtime collaborator Adam Goldman, as well as its predecessor Box in the Attic (available on iTunes and CDBaby).

PS. Check out our earlier Writers Who Rock post. And see if you agree with Anthony Robustelli’s list of 10 favorite Steely Dan songs.